What the heck is going on in Australia?

An Australian senator calls for a burqa ban, as politicians are discovering a reason they can't legislate 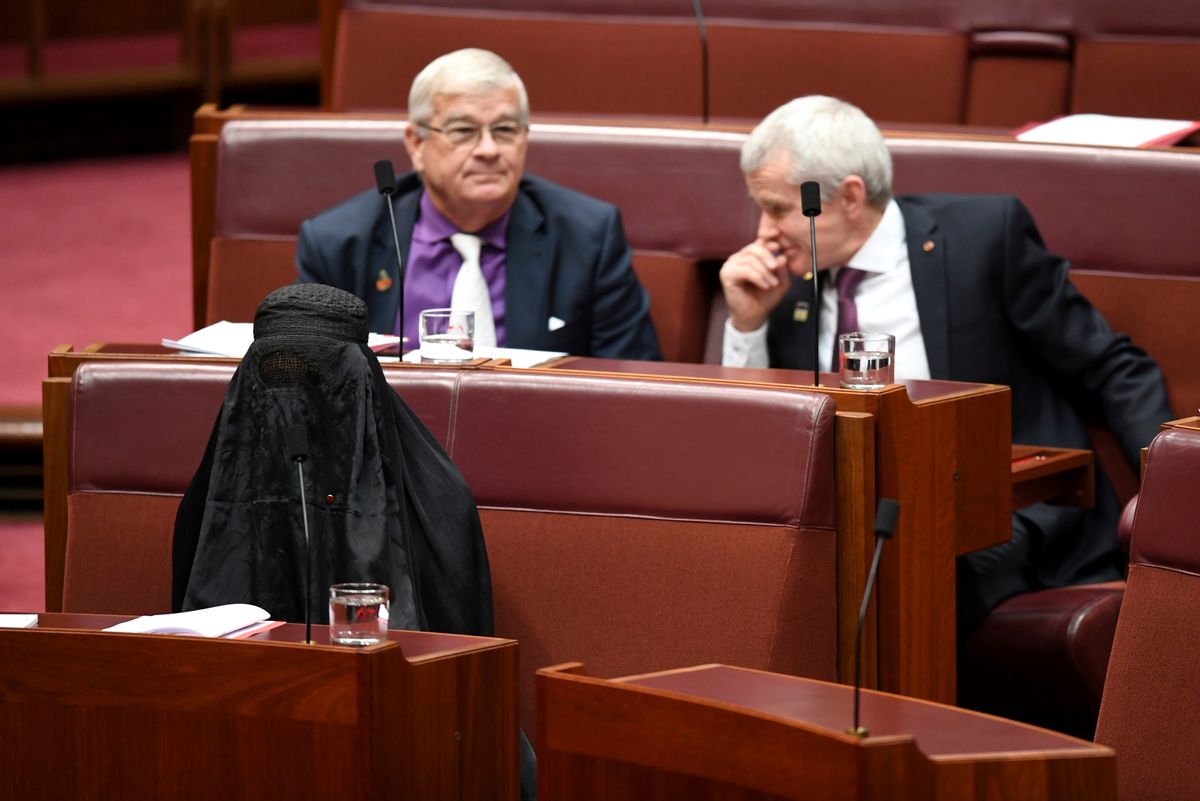 An Australian senator is under intense criticism for wearing a burqa into the Senate as a way of drawing attention to her crusade to ban the religious dress from the country.

Pauline Hanson is being condemned by the country's attorney general, George Brandis, who urged her to consider that "to ridicule that community, to drive it into a corner, to mock its religious garments is an appalling thing to do. I would ask you to reflect on that."

Penny Wong, the Labor Party's Senate leader, concurred with Brandis' sentiments, telling Hanson that "it is one thing to wear religious dress as a sincere act of faith, there is another to wear it as a stunt here in the chamber."

Hanson has been outspoken in her opposition to burqas, telling a radio station that "it is not a religious requirement. This is brought in by men who want to cover up their women. It is oppressing women."

While Hanson claims to be motivated by a desire to protect women, a survey conducted by several universities last month found that 67.7 percent of the victims of Islamophobia in Australia are women, and that 79.6 percent of those women were wearing a head covering at the time of the incident. It also found that instances of Islamophobic attacks tripled after an unsuccessful attempt in 2014 to ban burqas from Parliament.

The controversy over burqas comes at an interesting moment in Australia's political climate. Since July, six Australian lawmakers have been involved in a political crisis stemming from the revelation that they may be dual citizens. Fiona Nash, deputy leader of the Nationals junior coalition party, revealed on Thursday that she may also have dual citizenship due to her Scottish father, although she says she won't step down unless the High Court disqualifies her.

The Australian constitution has banned dual nationals from serving in its parliament since 1901, but only two were ever caught breaking that rule until July.