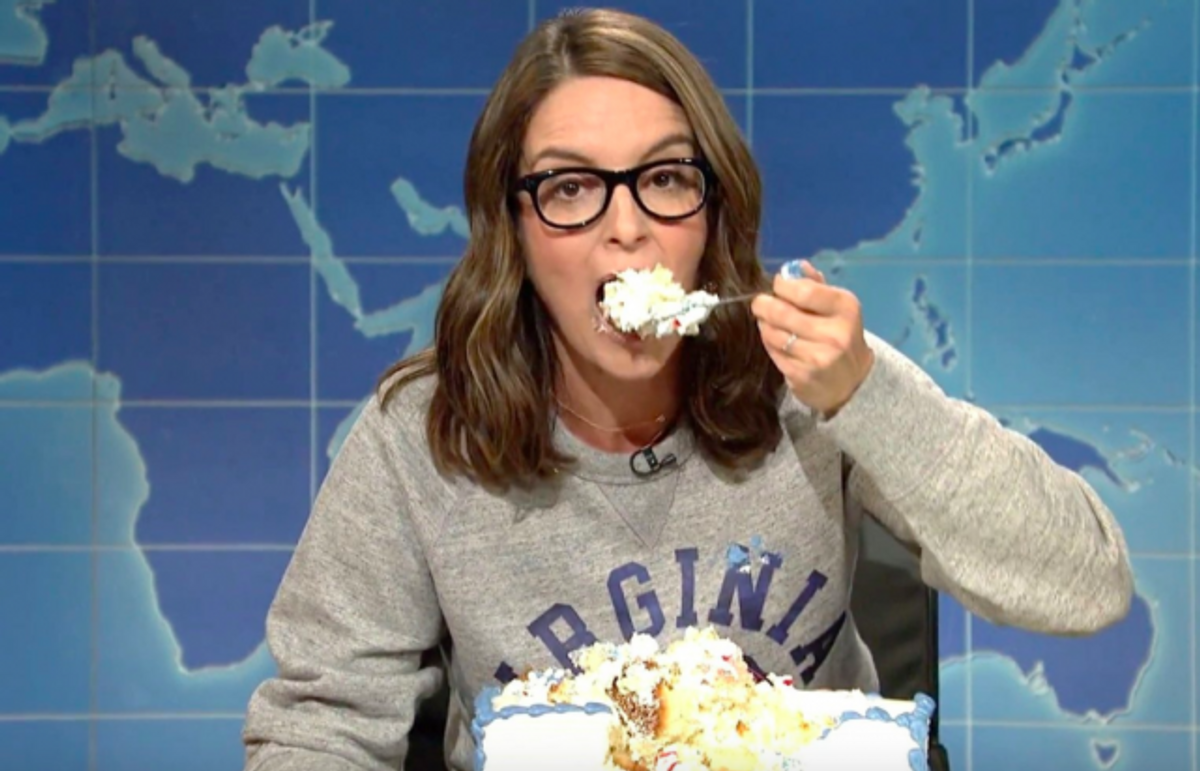 When Tina Fey appeared on "Weekend Update" to discuss the white nationalist riots at Charlottesville (home of her alma mater, the University of Virginia), the comedian went on a tear against President Donald Trump that needs to be seen to be believed.

If, however, you are unable to watch the video (perhaps because you should be working right now, slacker?), here is a rundown of its highlights:

Fey's opening jab at Trump is pointing out that he has a "stupid, jackass name," which she argues is a point that absolutely does not receive enough attention. He isn't "Donald Jonathan Trump," which would at least have a ring to it. He is "Donald John Trump," which as Fey points out "doesn't flow." Then again, as she sarcastically notes, "he gets away with it because he's gorgeous."

Next Fey points out that she was confused by Trump's insistence that violence is wrong "on both sides," referring to the cinema classic "Raiders of the Lost Ark" as one of many examples demonstrating how Nazis are always the bad guys, period. It's just a shame that she neglected to mention how Indiana Jones was a liberal arts professor!

Then Fey laments the fact that the alt right has planned nine rallies across the country on Saturday, including one in New York City. But then she quickly speculates that the alt right in the Big Apple might get the snot beaten out of them by drag queens who, after all, are "6 foot 4 inch black men." Weekend update co-host Michael Che nods to confirm her point.

The routine was great up to this point, but Fey one-upped herself when she brought a cake to the set (coming on the heels of advice that progressives order cakes from Jewish or African American-run bakeries) and proceeded with her venting. "Sheet caking is a grassroots movement... Women I know have been doing it once a week since the election."

She pointed out that protesters who say they want their country back ignore the fact that "we stole it" from the Native Americans, and that while Native American protesters are met with violence from law enforcement, "we let you chinless turds march through the streets with semiautomatic weapons."

Fey's best moment occurred when she pointed out that many on the right like to conflate Nazi and Klan violence with Antifa violence. The two are not comparable because the causes for which they're fighting are fundamentally different, Fey points out, adding "Who drove the car into the crowd, Hillary's emails?"

As she gorged on cake (with Michael Che joining in when she discussed the rise of right-wing militias) and coined the phrase "sheetcaking," she took further swipes at House Speaker Paul Ryan for not standing up to Trump and the president for defending Confederate monuments. Finally, she concluded that Americans should treat the upcoming alt right rallies in the same way that they treat "thoughtful movies" with two female leads — "Don't show up."