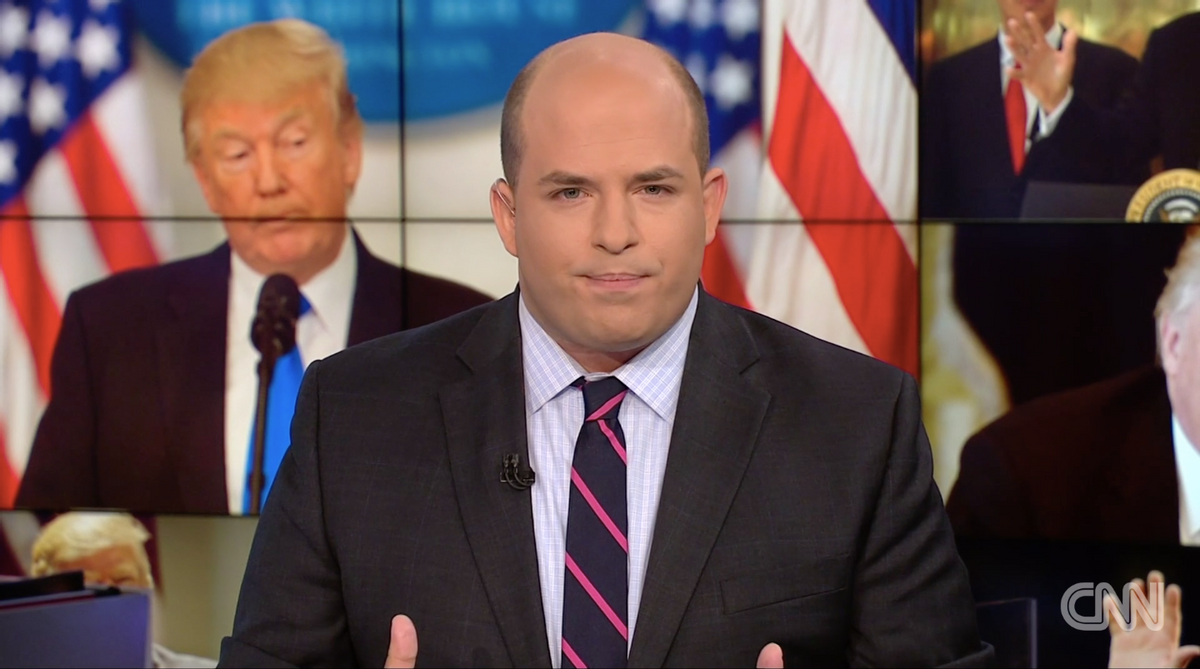 CNN host Brian Stelter asked a question out loud Sunday that he said other reporters were "tip-toeing" around: Is President Donald Trump mentally capable of holding America's highest office?

In a remarkable opening monologue for CNN's "Reliable Sources" Stelter suggested that it's time for the media to start asking the "upsetting, polarizing questions":

President's Trump's actions and inactions in the wake of Charlottesville are provoking some uncomfortable conversations, mostly off the air if we are being honest. In discussions among friends and family, and debates on social media, people are questioning the president's fitness. But these conversations are happening in news rooms and TV studios as well. Usually, after the microphones are off, or after the stories are filed, after the paper's been put to bed, people's concerns and fears and questions come out. Questions that often feel out of bounds, off limits, too hot for TV. Questions like these: Is the president of the United States a racist? Is he suffering from some kind of illness? Is he fit for office? And if he is unfit, then what? These are upsetting, polarizing questions that are uncomfortable to ask. But we in the national news media can't pretend like our readers and viewers are not already asking. They are asking.

Trump's sanity has come into question ever since he had his personal physician draft a crazed letter vouching for his fitness. Murmurings about Trump's mental health have only grown louder each passing day.

Stelter is an influential figure in media, who often talks with journalists about the stories behind the scenes. Maybe this monologue will encourage members of the media to bring the topic of Trump's fitness to the forefront.