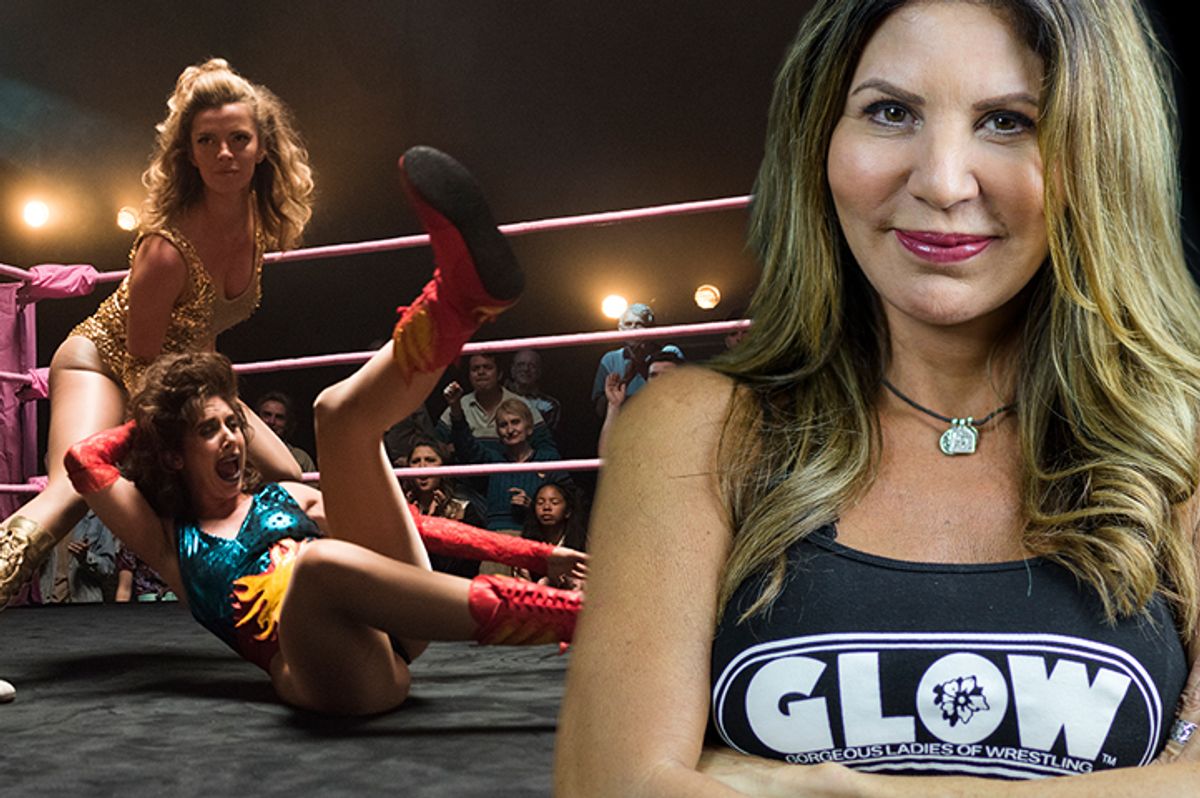 Most viewers who devoured the Netflix hit "GLOW" already know the show was based on the real-life tale of the iconic eighties-era Gorgeous Ladies of Wrestling. What they may not know is just how closely the series mirrored true experiences of those big-haired, Spandex-wearing queens of late night cable television. Salon spoke recently to original GLOW girl Jeanne "Hollywood" Basone on her unlikely rise from aspiring phlebotomist to world-renowned butt kicker.

On how she transformed from Jeanne Basone to "Hollywood":

We have an audition, it's a "sports TV show." They didn't say what kind of sports. It's after work, so I could go. . . . I grabbed a workout outfit and went down to the Hyatt on Sunset, and there were girls with their resumes and there was David McClane. He told us, 'This show is about women's wrestling.' People got up and left. . . . And I'm like, 'I'm not getting up. This intrigues me.'

I went down and started to train with Mando Guerrero . . . and every time I would go back, I noticed there were less and less girls. I saw hundreds of people audition. They needed twelve girls . . . and I was one of the twelve.

On the enduring inspiration of GLOW:

We're strong; we can do pretty much what the guys can do. It's empowering for women. We are in control of ourselves and our bodies. For young kids, can I say one thing? You can do whatever you want. Just have plan B, because you don't want to be fifty years old and still slamming and hitting the ground.