Joss Whedon's ex-wife: his behavior is "anything other than feminist"

If true, the claims by Whedon's ex will throw the director's feminist credentials into serious question 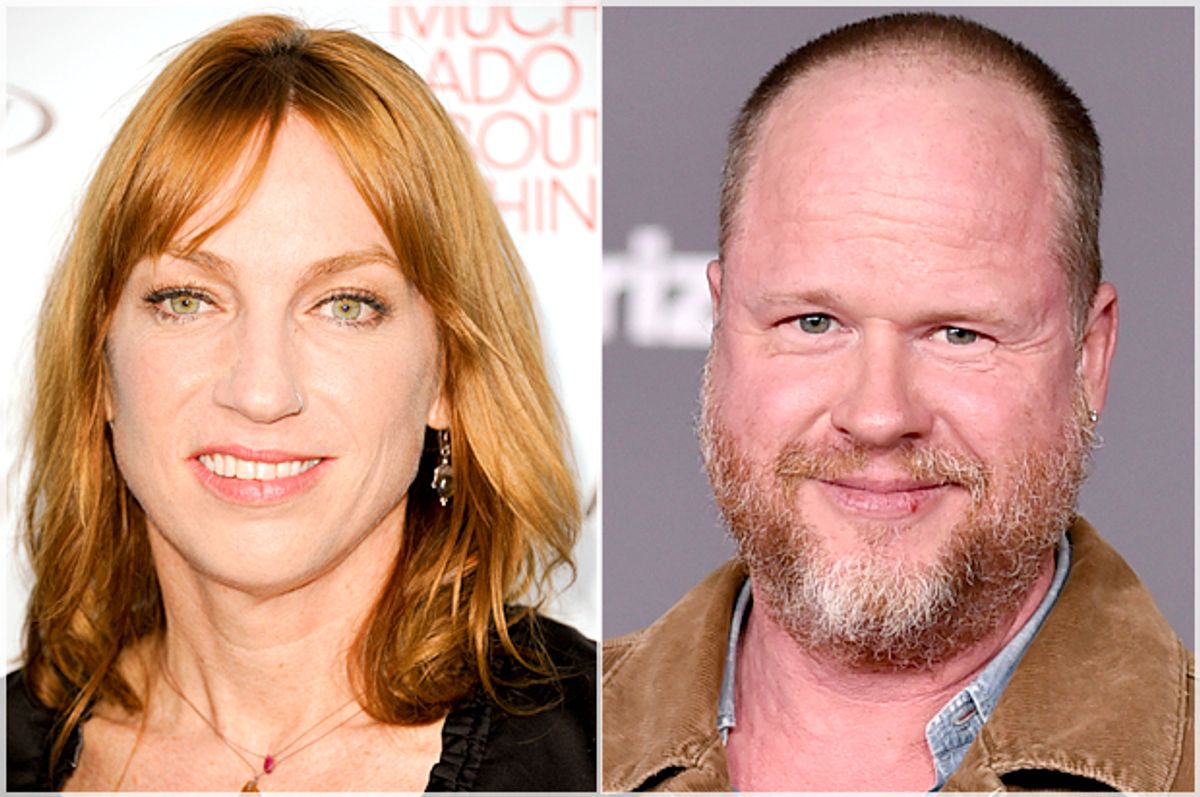 Joss Whedon has a reputation as one of Hollywood's most outspoken male feminists. Now his track record is being called into question by a new essay containing accusations by one of the people who knows him best — his ex-wife, Kai Cole.

In a guest blog for The Wrap, Cole accuses Whedon of multiple infidelities, claiming that once Whedon's career in Hollywood took off with the success of his "Buffy the Vampire Slayer" TV show, he became unfaithful and used his avowal for feminism as cover for his behavior.

He always had a lot of female friends, but he told me it was because his mother raised him as a feminist, so he just liked women better. He said he admired and respected females, he didn't lust after them. I believed him and trusted him.

I now see how he used his relationship with me as a shield, both during and after our marriage, so no one would question his relationships with other women or scrutinize his writing as anything other than feminist.

Whedon has spent much of his career being outspoken for feminist causes. He has long praised strong female characters, even coining the term "womb envy" as a partial explanation for certain misogynistic attitudes. He has also achieved renown for creating strong female characters of his own, from Buffy the Vampire Slayer to the protagonists of "Firefly." In the past he has criticized films like "Jurassic World" for what he considers to be sexist content, and has gained special attention for pointing out the "genuine, recalcitrant, intractable sexism, and old-fashioned quiet misogyny" in the comic book industry that he claims has made it difficult for there to be a number of female superhero characters.

That said, Whedon has not been free from accusations of sexism himself. Natasha Simons of The Mary Sue wrote a scathing deconstruction of sexist tropes in Whedon's work all the way back in 2011, focusing on "Buffy the Vampire Slayer," "Firefly" and "Dollhouse." In 2015, Whedon stirred up controversy when he wrote dialogue for "The Avengers: Age of Ultron" in which the character Black Widow refers to herself as a "monster" for having been forcibly sterilized in. (Whedon insists the term was meant to refer to her work as an assassin, not her sterilization.)

Further, a leaked script for "Wonder Woman" that Whedon wrote has also been attacked as sexist for disproportionately focusing on the male protagonist Steve Trevor. Critics have also accused Whedon of resorting to sexism in political arguments with Nicole Kidman and Ivanka Trump, although he says both of those comments were misinterpreted by their critics.

Whether coincidentally or otherwise, the Joss Whedon fan site Whedonesque announced that it was going to shut down on Monday, with many media outlets speculating as to the possible connection between its closure and the new accusations against Whedon. One owner of the site says that the owners had "been toying with closing down the site for various reasons for the last five years or so."