Steve Bannon is ready to target Jared Kushner, and even Donald Trump if he moderates

Now that Bannon is back at Breitbart, the far right site is preparing to go on the attack 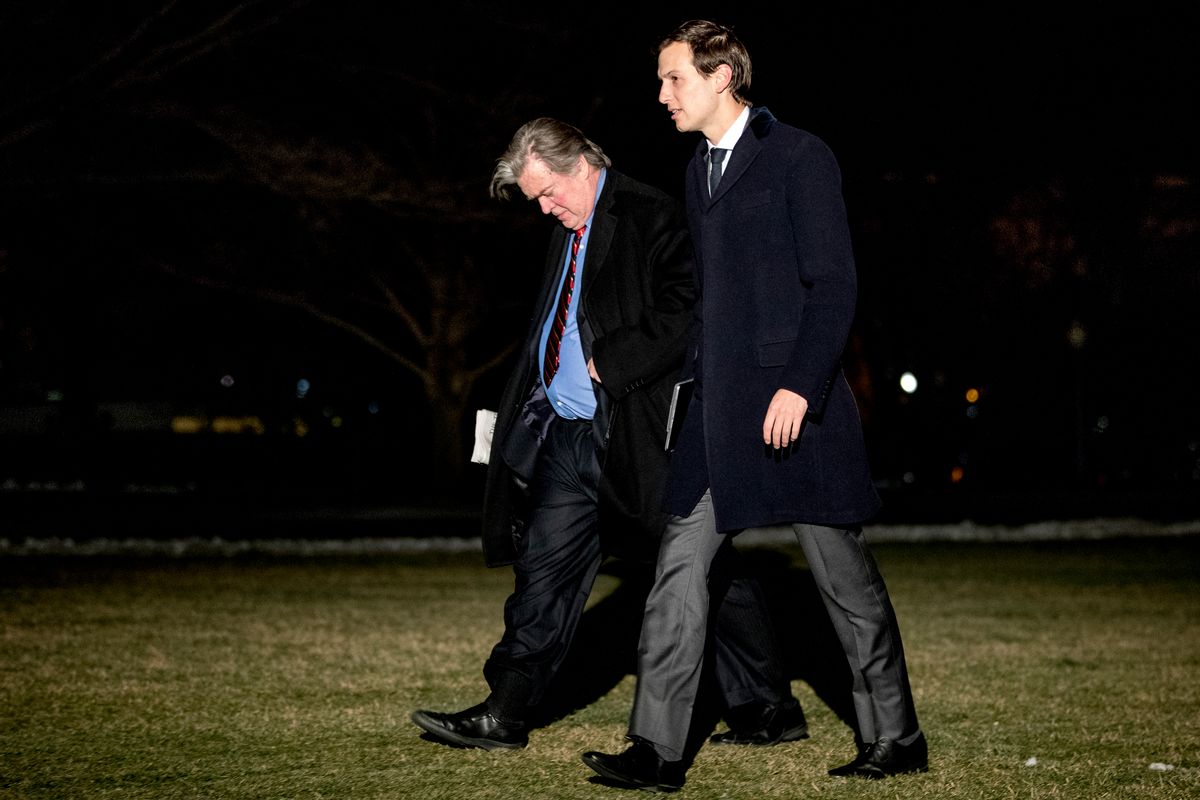 Steve Bannon may no longer work for President Donald Trump, but he will almost certainly continue to play a major role in the story of Trump's presidency.

It is widely expected that Bannon will resume his former role as a leader of the far right news website Breitbart, according to a report by Vanity Fair. Hours after being informed that Trump had fired him, Bannon called into an editorial meeting at Breitbart and told them that "we have a duty to the country to be the vanguard of ‘The Movement.'"

Bannon's plan is to launch an ideological broadside against individuals in the Trump administration that he believes are pushing them away from the right, including son-in-law Jared Kushner, daughter Ivanka Trump, chief economic adviser Gary Cohn, National Security Adviser H.R McMaster and his deputy Dina Powell.

Nor is this sentiment limited to Trump's advisers. As one high-level Breitbart staffer told Vanity Fair, "we're prepared to help Paul Ryan rally votes for impeachment" if they sense Trump is being swayed too far away from the right-wing populist values of Bannon and his media cohorts.

Making matters even more awkward for the post-Bannon Trump administration is the fact that, until the Charlottesville riots, the plan had been for Bannon to have a respectful exit from the administration. Although Chief of Staff John F. Kelly told Bannon that he had to leave and the two had agreed on an amicable departure in August, that changed when Bannon began advocating a hard-line stance by Trump after the riots, according to a report by The New York Times. Bannon's position was that any apology by the president would only make things worse and that he should shore up his right-wing base instead of trying to soothe the feelings of moderates and liberals.

Making matters worse for Bannon, he incurred the ire of Trump, Kelly and the rest of his administration after an embarrassing interview with The American Prospect. During that conversation, Bannon undercut the administration's hawkish stance toward North Korea and openly discussed members of the administration whom he opposed or even wanted to see fired.