Here's the only makeup product you need to fight fascism 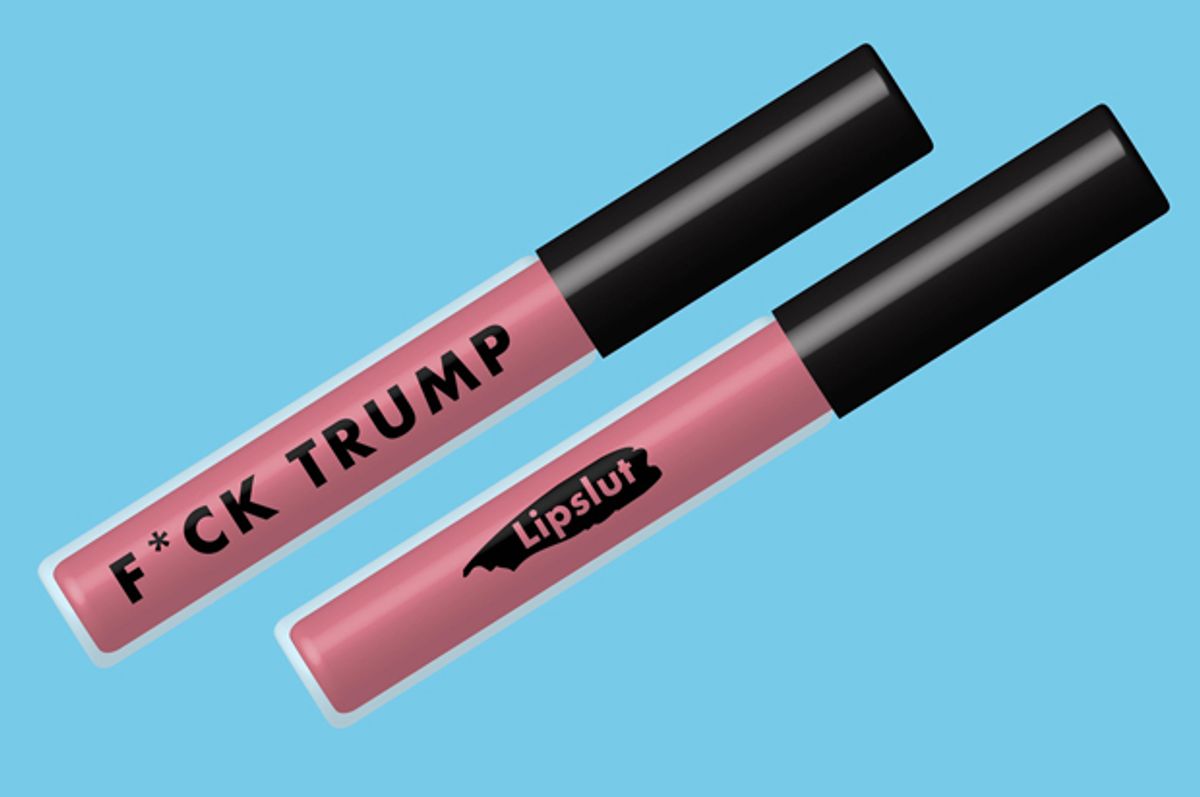 The deadly Charlottesville riots proved that collective action is necessary to combat the racism, white supremacy and surging Nazism within the country. Advocating against these forces takes many forms that can include protesting, donating to charities and, now, buying lipstick.

To explain: Lipslut, a lipstick company created by college junior Katie Sones, has raised over $40,000 for the victims of the Charlottesville attack through their signature shade, "F*ck Trump." Sones launched the company shortly after the 2016 presidential election as a way to give "a middle finger to the current sociopolitical landscape" by donating half of the proceeds from the lipstick to organizations supporting causes and populations under attack by the Trump administration.

"Let’s just say we aren’t too pleased with our current socio-political landscape, and the standards of the cosmetics industry in general," their website reads. "Chances are you aren’t either. Rather than complaining, we’re putting our money where our mouth is."

Before the tragedy, checkout customers were prompted at checkout to chose which charity they wanted the proceeds of their purchase to go to. Options included the American Civil Liberties Union, the Human Rights Campaign and Planned Parenthood.

Since the events in Charlottesville, however, Sones added a checkout option that allows customers to donate 100 percent of the proceeds to the victims of the Charlottesville Attack. So far, the brand has raised over $40,000 since including the option.

"Lipslut is already a political and philanthropic brand, so we already have a big platform for this, and I just thought, 'How could we not donate in the face of this tragedy?'" Sones told the Hollywood Reporter.