Shhhhh. No one tell Donald. 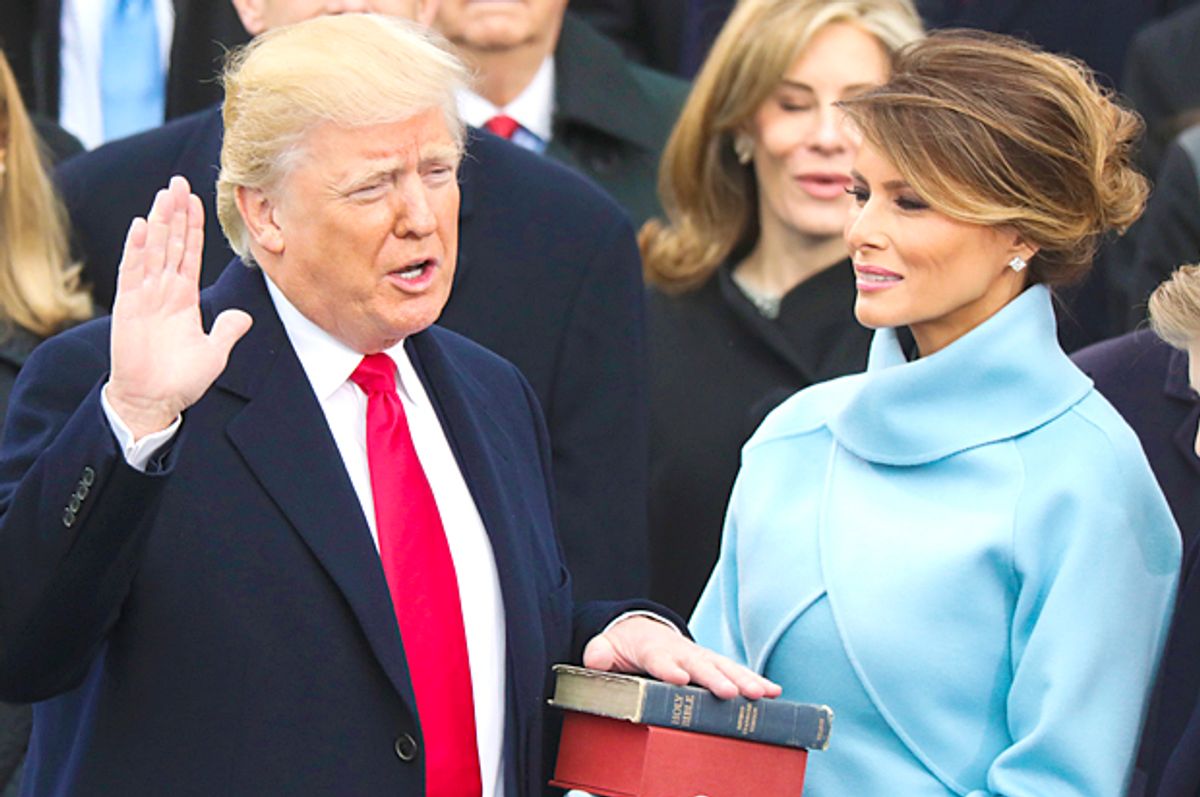 Believe it or not, it was only eight long, long, long months ago that President Donald Trump trotted out his newly anointed (and now jettisoned) White House Press Secretary Sean Spicer to furiously berate the media and reality itself for even suggesting that his boss' inauguration wasn't the largest of its kind in history.

"This was the largest audience to ever witness an inauguration, period — both in person and around the globe," he seethed in his first appearance before the press corps. He further called the publishing of estimated figures and photographic evidence that seemed to proved that President Barack Obama's 2009 inauguration outdrew Trump's as "irresponsible and reckless."

The president himself repeated this position both on Twitter and in front of a crowd of CIA employees at the agency's Langley, Virginia headquarters later that day. Since then, further available estimates and evidence chronicling in-person attendance suggests that Obama outdrew Trump by a significant margin.

Now, figures suggesting that Obama bested Trump in at-home viewership as well have surfaced, despite the fact that the current president has claimed repeatedly that his ceremony and speech got the highest-ratings ever for such an event.

The Independent reports that Nielsen — the company that calculates the "ratings" Trump speaks of — has found that 30.6 million people watched his January installation compared to the 37.8 million who viewed Obama's first inauguration. That's a deficit of 19 percent for Trump.

Now, it's fair to mention that, overall, live television viewing has taken somewhat of a plunge in the years since Obama's inauguration. Generally speaking, the rise of high-speed, easily accessible online video has inspired audiences all over the globe to reject the notion of appointment viewing (recent network and NFL ratings are ample evidence of this). It also should be noted that Trump's was the most streamed inauguration in history, though that is also a function of technological trends.

Nonetheless, these new figures compound the shakiness of the bold, counterfactual statement that began the Trump presidency and the false victory over his predecessor that he uses as proof of his superiority to this day.