Alec Baldwin tells us about the real victim of Charlottesville: Donald Trump 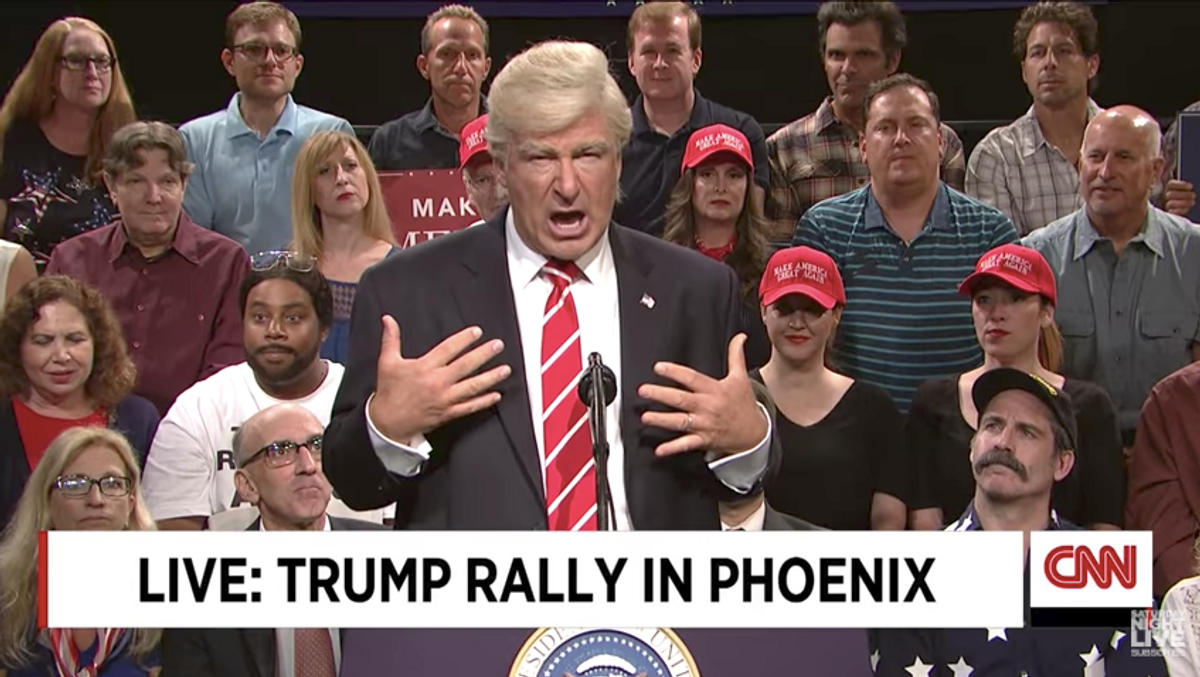 "People asked me, Why are you doing a rally only eight months in? Folks, it's never too early to campaign for 2020," Baldwin's Trump said to the crowd. "[Vice President] Mike Pence is already doing it," he added, referring to the New York Times story about his alleged shadow campaign.

Trump said he would play his hits for the crowd including, "electoral map, drain the swamp, lock her up" but he first wanted to address his previous remarks about the recent violence at Charlottesville.

"As we all know there was a tragic victim that came out of Charlottesville, me," the faux Trump said. "Folks, the media has treated me so unfairly by reporting my entire remarks, even the bad ones."

In an an attempt to set the record straight, Baldwin's Trump read from his previous transcripts. "You had a group on one side that is very bad, neo-Nazis," he said. "And you had a group on the other side — and then I didn't say a single word after that. Nothing else was said."

Baldwin's Trump wanted to give former White House chief strategist Steve Bannon a "proper goodbye" because the faux president said he'd "done so much for us."

The Grim-reaper looking Bannon walked out on stage in all black in his typical "Saturday Night Live" garb.

"You’ve only made me more powerful," Bannon replied.

"Steve is going onto Breitbart," the faux Trump explained. "He’ll be fighting the good fight against globalist cucks like my son-in-law, Jared [Kushner]. Steve, we love you"

"I'm going to crush you," Bannon said before leaving the stage.

The 43rd season of SNL returns on September 30 and will be hosted by Ryan Gosling and Jay-Z.