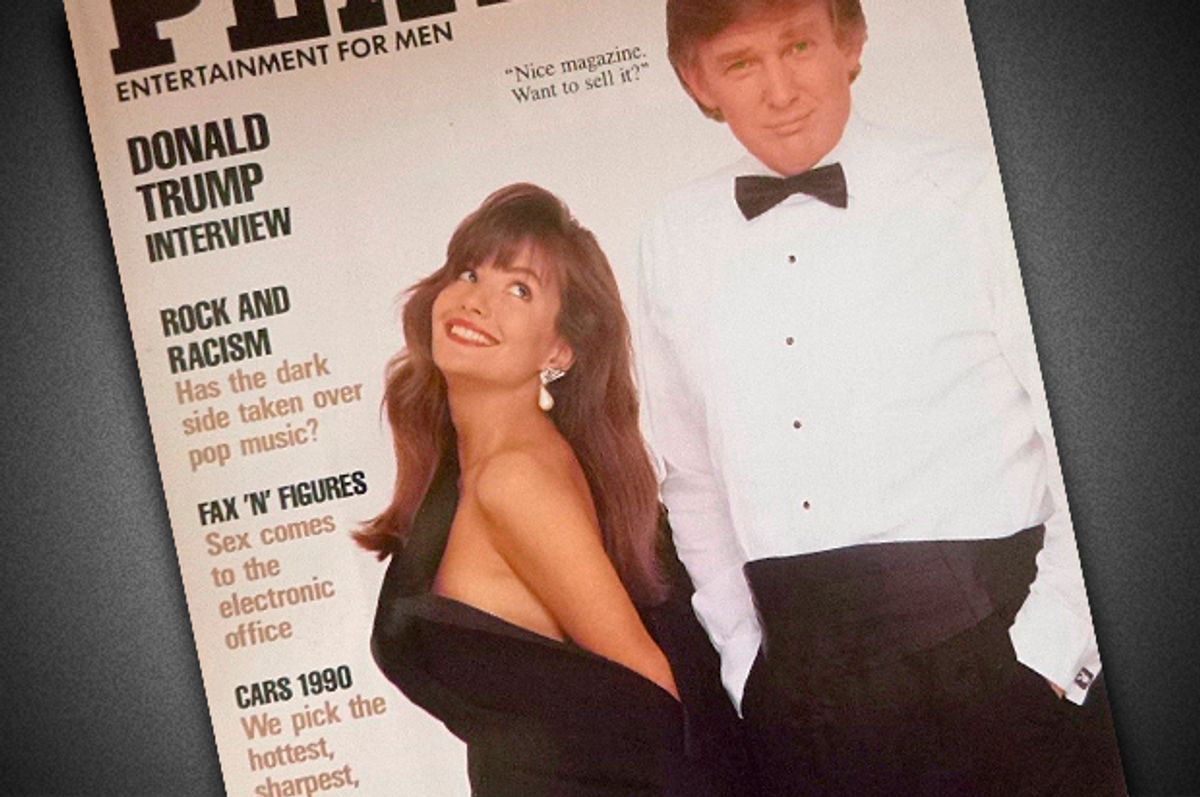 President Donald Trump may soon be rage tweeting about another new prominent brand that is running away from him screaming.

Cooper Hefner, the youngest son of the iconic Hugh Hefner and chief creative officer of Playboy Magazine, said that featuring Trump on the cover of the publication is "a personal embarrassment."

In The Hollywood Reporter's profile of the 25-year-old, who runs day-to-day operations of the periodical after his father's semi-retirement, said of Trump, "we don't respect the guy."

"There's a personal embarrassment because Trump is somebody who has been on our cover," Hefner added.

"Yes, there are lifestyle components to Playboy, but it's really a philosophy about freedom," he explained to THR. "And right now, as history is repeating itself in real time, I want Playboy to be central to that conversation."

According to The Atlantic, the president's Playboy interview was studied by foreign leaders such as Japanese Prime Minister Shinzo Abe and German Chancellor Angela Merkel, in order to gain a further understanding of Trump's world views.

Since embarking on the campaign trail Trump's vile rhetoric has resulted in brands or prominent celebrities distancing themselves from him. Department store Macy's dropped the president's fashion line over his comments on immigration and Mexican-Americans, in July of 2015 while he was beginning his campaign.

Hefner appeared more comfortable with having his own mother, Kimbereley Conrad on the cover of Playboy Magazine, than Trump. She was playmate of the year in 1989, and this past mother's day he asked her to recreate the original cover for the June issue.