Even the Washington Examiner, which has generally been a fan of Trump, sees that he is disregarding "law and order" 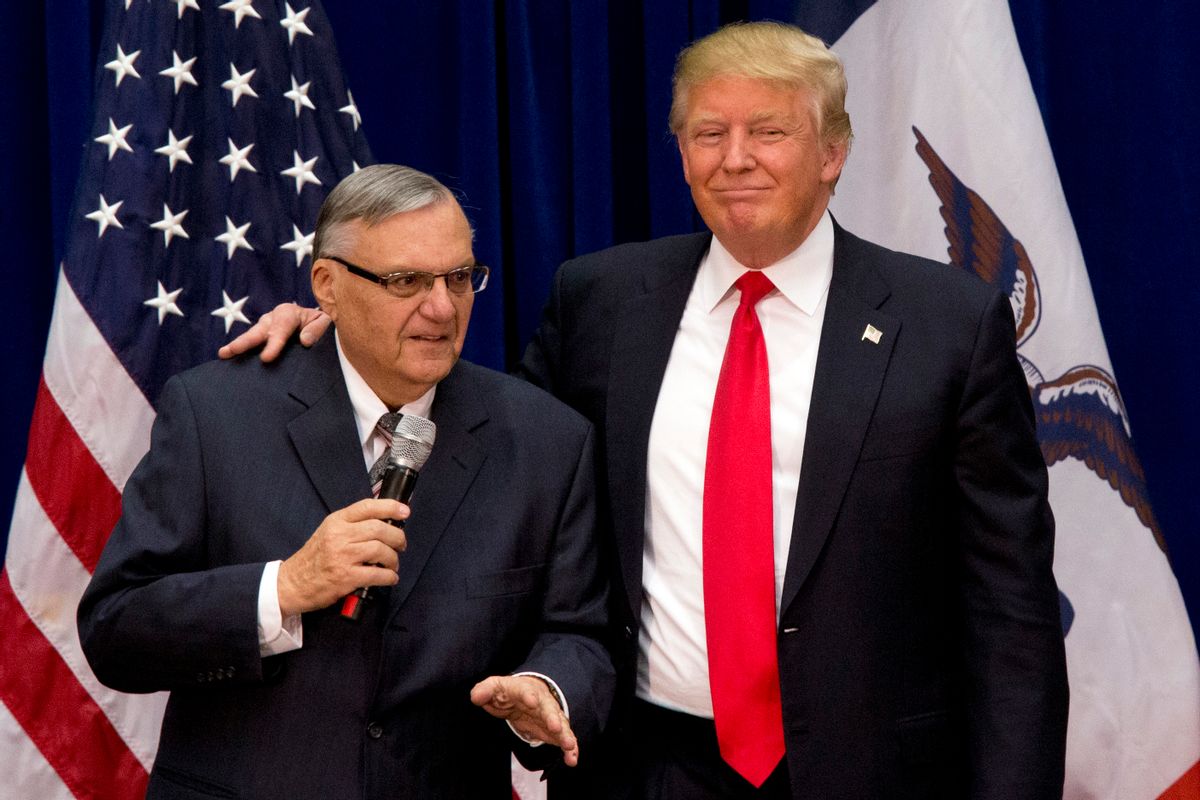 President Trump's pardoning of Joe Arpaio has been universally condemned on the left. Progressives and liberals alike have noted that with Arpaio's pardon the president has forgiven a crime amounting to institutionalized racism.

Republican leaders who have not exactly seen eye to eye with Trump, such as Sen. John McCain and Sen. Jeff Flake, have also voiced their disapproval with the presidential pardon.

Now even the editorial board of the Washington Examiner, which has steadfastly defended the president amidst his many controversies, is speaking out against Trump.

"President Trump described himself as 'the law and order candidate' on the campaign trail, but he has consistently shown he really meant 'the candidate of busting heads,'" the editorial board wrote in an op-ed Saturday.

While the editorial board conceded that it favors toughness on the issue of immigration, the op-ed stated unequivocally that Arpaio's conduct was criminal and went beyond the notion of "law and order."

"'Law and order,' if the words have any meaning, has to apply to government actors as well. Lawless sheriffs promote disorder, and that's what Arpaio did to get himself convicted," the editorial board wrote.

"Trump promised to drain the swamp if elected," the op-ed added. "But America hates the swamp because politicians and bureaucrats give special, undeserved favors to their friends and the well-connected."

Trump has mostly enjoyed the support of right-wing news organizations who have applauded his efforts in deregulation and his pick of Neil Gorsuch for the open seat on the Supreme Court. But if the president continues to value his political allies over the rule of law, the Washington Examiner just showed that Trump may no longer have friends in conservative media.