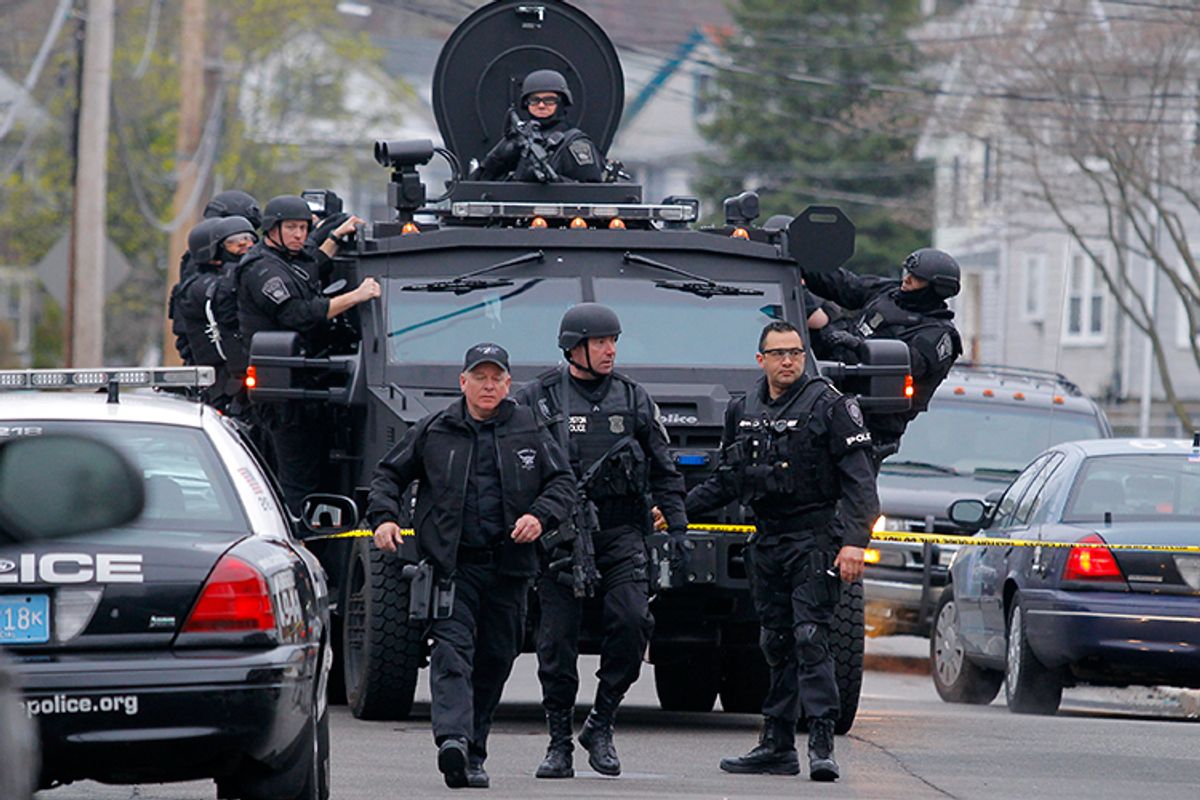 President Donald Trump's decision to increase the transfer of military weapons and equipment to America's state and local police forces is being met with sharp criticism from civil liberties proponents. And so, the White House is pushing back on Trump's decision to turn your local community police department into a perpetual SWAT team.

In a speech to the Fraternal Order of Police on Monday, Attorney General Jeff Sessions said, "We will not put superficial concerns above public safety."

He added, "The executive order the president will sign today will ensure that you can get the lifesaving gear that you need to do your job and send a strong message that we will not allow criminal activity, violence, and lawlessness to become the new normal. And we will save taxpayer money in the meantime."

That decision is being slammed by civil liberties groups.

"We have an epidemic in the United States of police using excessive force, particularly against people of color, with injuries and deaths mounting," the American Civil Liberties Union wrote in a statement.

It defies logic to arm the police with weapons of war — grenade launchers, high-caliber assault weapons, and more — but that’s precisely what President Trump and Attorney General Sessions have decided to do.

Three years ago this month, the nation witnessed a highly militarized, violent crackdown by police on protesters in Ferguson. Today’s executive order erases the sensible limits placed by the Obama administration after Ferguson on the kinds of military equipment flowing from the federal government to local police and into our neighborhoods. Tensions between law enforcement and communities remain high, yet the president and the attorney general are giving the police military-grade weaponry instead of practical, effective ways to protect and serve everyone.

Sen. Rand Paul of Kentucky, who has been an outspoken opponent of the militarization of America's police since as far back as 2014, unleashed a Twitter storm to protest the decision.