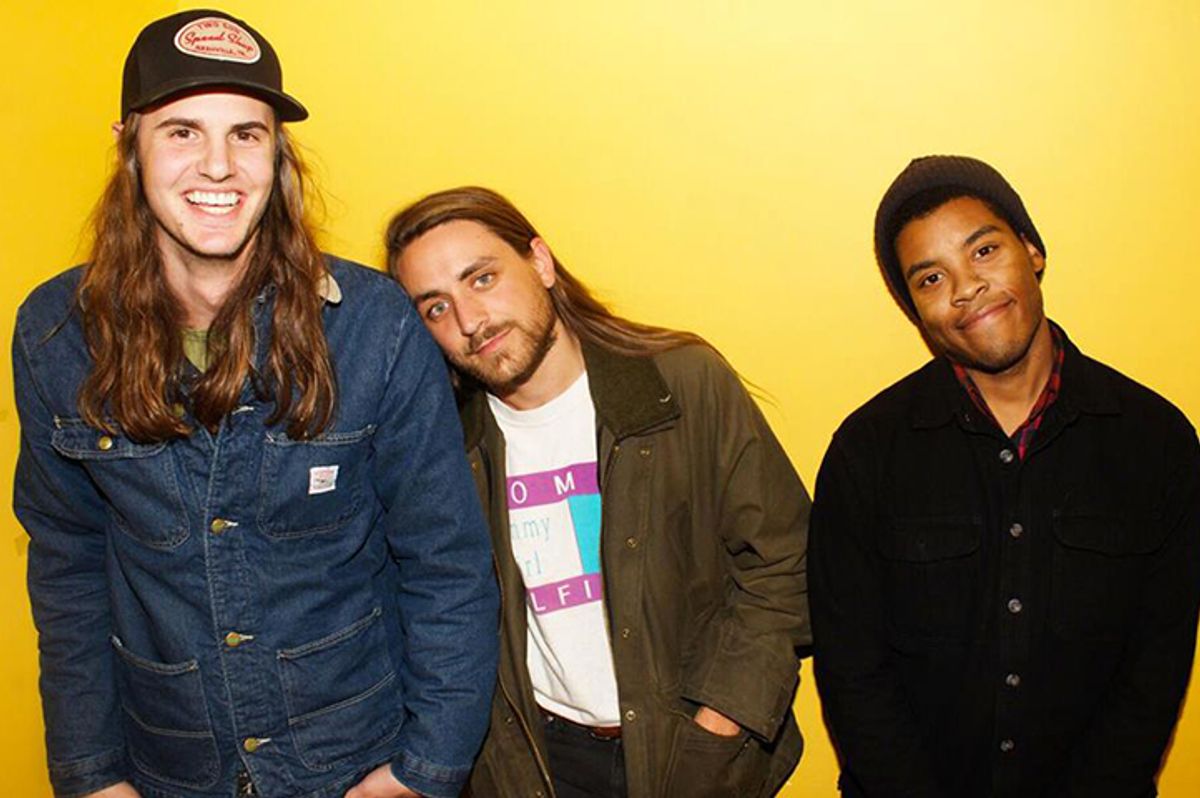 Facebook
Twitter
Reddit
Email
view in app
Nashville band The Lonely Biscuits are young guys — they formed in 2011 at Belmont University. But they are deeply influenced by the '90s rock music they grew up on, and it's reflected in their sound and their songwriting. Recently, they covered and reimagined Liz Phair's breakout hit "Never Said," the first radio single from her seminal 1993 debut album "Exile in Guyville." Salon is premiering The Lonely Biscuits' music video for the single.
Ahead of the arrival of "The San Francisco EP," which drops September 22, I spoke with lead singer and guitarist Grady Wenrich, drummer Sam Gidley and bass player Nick Byrd about covering a nearly 25-year-old single and the why the guitar-driven '90s music feels like The Lonely Biscuits' most authentic sound.
Grady Wenrich on why they decided to cover Liz Phair's "Never Said":

Our main inspiration is ‘90s; that’s what we grew up listening to, ‘90s rock and bands like Weezer and Nirvana, singers like Elliott Smith. We’ve always really loved Liz Phair, too, but we had never really dug into her stuff that much. I remember the first time we met our manager to see if we wanted to work with him. He had a Liz Phair record, and we hit it off talking about her.
We were looking for a song to cover, and we always really liked her stuff, and we dove into her music more and became even bigger fans. She just has a big personality in her lyrics and in her music, so we related a lot to it. We were talking about a song of hers to cover . . . and that song ["Never Said"] was not gender specific, and it still had her attitude. Sonically, the song was very similar to our style and what we play, but there was also a lot of room for us to throw our own new riffs in and write parts for it and put our own stamp on it. We saw it as an opportunity to put a cool twist on one of these classics.

Sam Gidley on why '90s rock is so reflective in their sound:

It has to do with us all living together, and we’re all constantly listening to music together, getting new inspirations as well as keeping those old inspirations.

Wenrich on how they make the iconic '90s sound their own:

We didn’t sit down and say, "let’s try to bring back ‘90s rock music." We went through changes within our band as we got older and as we matured. Instead of putting up barriers of what we should be writing and how we should be writing, we took the most pure form of our songwriting and what we really wanted to be making and just jammed on it. And didn’t try to put too many rules around what we were doing, and then, that was the product. We didn’t realize we were reflecting our ‘90s influences so much until we recorded some songs and people were all telling us, this sounds like early Weezer but with an original twist, or early Pavement but with your own sound. I think it was us really figuring out how to be honest with our music and genuine in what we’re doing. We’re just so impacted by that guitar-driven '90s music and that’s what comes out when we’re being honest and writing in our bedrooms.