If the hackers wanted to take down HBO, the success of the "Game of Thrones" season finale suggests they failed 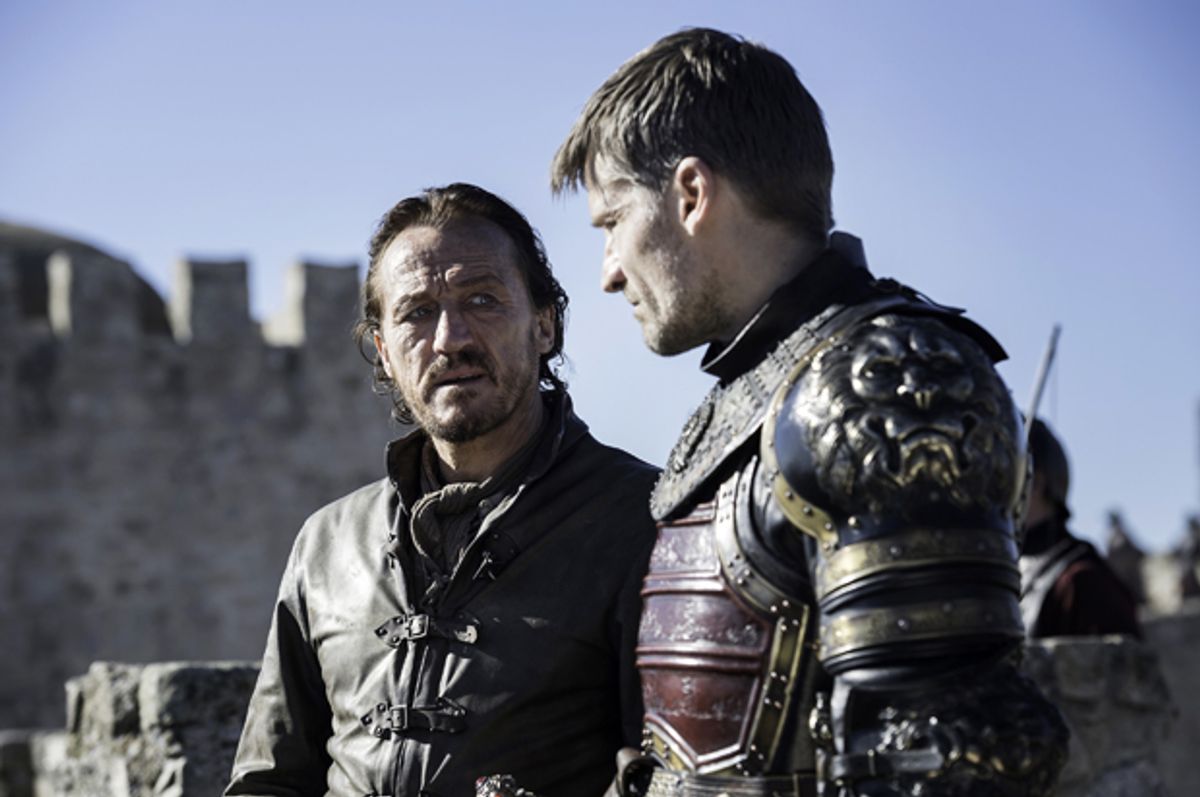 Jerome Flynn and Nikolaj Coster-Waldau in "Game of Thrones" (HBO/Macall B. Polay)
--

In some sense, the threat to HBO by the anonymous hackers who stole the network's data earlier this summer has melted away like the Wall when Viserion leveled it with blue fire during the season 7 finale of the network's tentpole hit, "Game of Thrones".

The "Game of Thrones" season finale on Sunday garnered 12.1 million viewers, a new ratings record for the series, according to The New York Times. Add to that, audiences who watched the "The Dragon and the Wolf" on HBO Go and the HBO Now app, and total viewership may have reached as high as 16.5 million. By contrast, the 2016 season finale attracted 8.9 million viewers, while the 2017 season premiere pulled in 10.1 million viewers.

Overall, this is close to a best-case scenario for HBO in the aftermath of the July hacking. Although that incursion led to the pirated release of episodes of "Ballers" and "Curb Your Enthusiasm" as well as a "Game of Thrones" script, it was hardly the catastrophe that the individual or individuals claiming responsibility boasted to the media at the time.

"Hi to all mankind," the hacker wrote in an anonymous email to reporters. "The greatest leak of cyber space era is happening. What’s its name? Oh I forget to tell. Its HBO and Game of Thrones……!!!!!! You are lucky to be the first pioneers to witness and download the leak. Enjoy it & spread the words. Whoever spreads well, we will have an interview with him. HBO is falling."

While it's impossible to determine whether the damage caused by the hack is over, given that the full range of material may not have yet been leaked, both HBO's products and its brand reputation appear to have emerged from the fracas relatively unscathed. As entertainment PR exec Carl Folta said last month, "They have some public sympathy – they didn’t do anything wrong. They are the victims here."

Indeed, as one industry insider told Deadline, "If they had something they would have put it out there by now like what happened with Netflix. Either they didn’t get far, there wasn’t a lot to get or what they got is in too many pieces to add up to much."

Granted, the hack did allow the personal phone numbers of "Game of Thrones" cast members to surface online and, yes, the incursion looks bad for HBO in light of the ongoing merger between AT&T and HBO's parent company, Time Warner. Aside from that, though, the success of "Game of Thrones" seventh season — something the network was banking on — seems overall untouched.

Why? There could be many factors. For one, illegal torrents of pirated material are increasingly more policed and more complex to access, given a broader industry response to the practice. That said, should viewers have wanted to put in the effort to get the pirated content, it would have been available to them.

And there may be the issue: The broad will to access the material may have simply not been there in any appreciable way. Again, it takes time, there is no guarantee of HD quality, and it's simply not as easy, pleasurable or passive as sitting down on your couch at 9 p.m. with your friends, turning on the television and taking in the latest episode.

With the advent of streaming, and ongoing viewership trends, the 00's yen for pirated material seems to be — broadly speaking — on the wane, as a plethora of viewing options makes self-starting content collections somewhat irrelevant. It is here, most of all, that the hacker or hackers failed.

Lovers of pirated content themselves, it may be that they did not look beyond their own viewing habits to gauge the potential impact of their incursion. Assuming that there would be widespread interest in their hacked bounty (and assuming the hackers were genuine in their claims and threats — a big assumption), they actually only found a niche audience of Redditors and message-board users willing to torrent their wares — a population far, far smaller than the large audience "Game of Thrones" attracts.

Certainly, movies may still feel the impact of hacks — "Fury" and the recent "Pirates of the Caribbean" felt the sting. But when it's already on its way to your living room, why bother?

If they were being honest in their claims to the media, the hackers were perhaps expecting something of a revolution. What they found instead, was a world full of dragon-loving couch potatoes willing to let HBO content come to them on HBO's terms. Nothing fell.