Don't believe everything that you see, Jesse 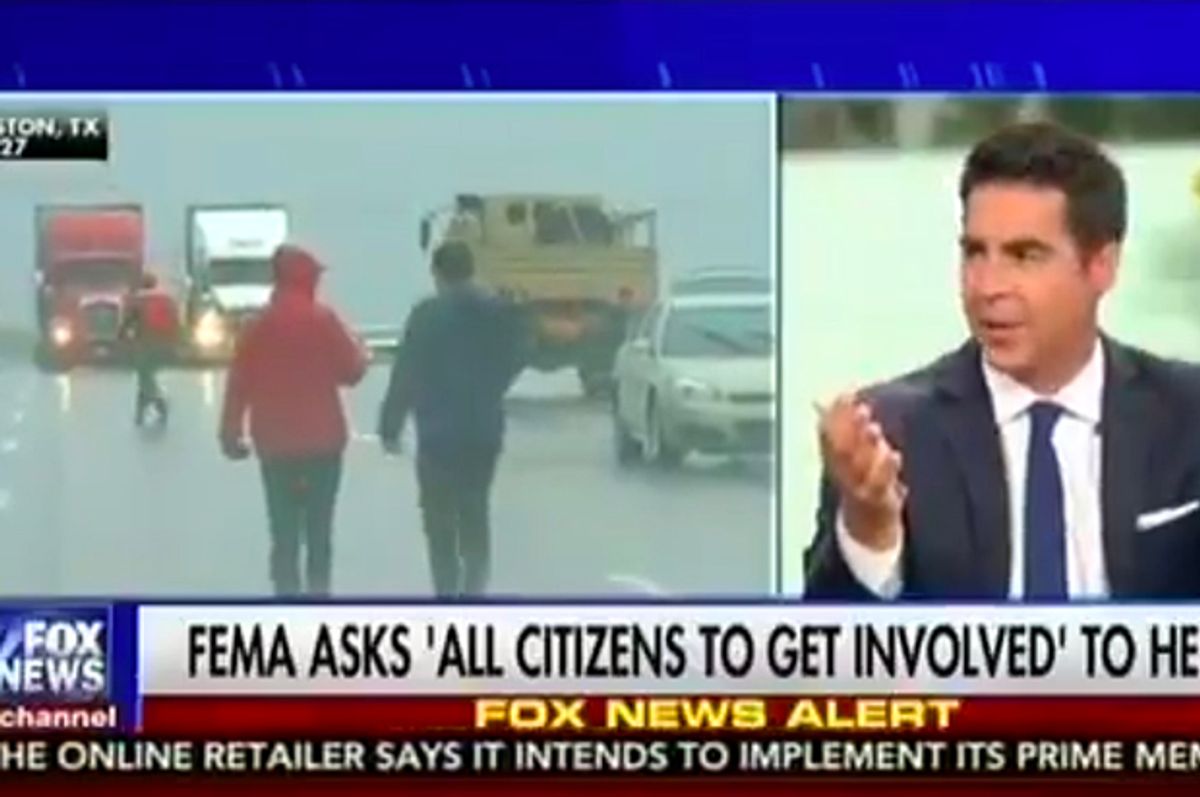 Fox News host Jesse Watters really, really  loves "Sharknado" — so much so, in fact, that he took a break from the almost universally sober effects of Hurricane Harvey of the greater Houston area to offer a little shoutout to the campy SyFy franchise.

On “The Five” Monday night, Watters dipped into a toy chest of fantasy references when covering the hurricane. "I’ve seen some amazing things out there just looking at television over the weekend," he said. "Alligators on people’s back doorsteps. I saw a shark on the highway swimming in the water." Co-host Kimberly Guilfoyle interrupted "like 'Sharknado'?" Watters answered in the affirmative, "like Sharknado!"

Alas for Watters, his fantasy vision of a Texas city engulfed by sharks is indeed fiction. The troll-on-the-streets was likely referencing this social-media post — one that has been retweeted over 70,000 times. Notice the misspelled hashtag:

Of course, it's not real. Actually, had Watters bothered to check, Photoshopped shark has appeared in a few earlier floods, including Hurricane Sandy in 2012.

Buzzfeed, who apparently covers their bases more than the cable-news leader, spoke to the man whose tweet got so much attention yesterday, Scottish journalist Jason Michael McCann. As the prankster told the website "of course I knew it was fake, it was part of the reason I shared the bloomin' thing." McCann added that he pulled off the prank in order to, "have my 1,300 followers in Scotland to laugh at it. This was, of course, the intent."

Now, people are laughing at Watters, too.