Trevor Noah busts Trump on Arpaio: He "sure does have a lot of racist friends" 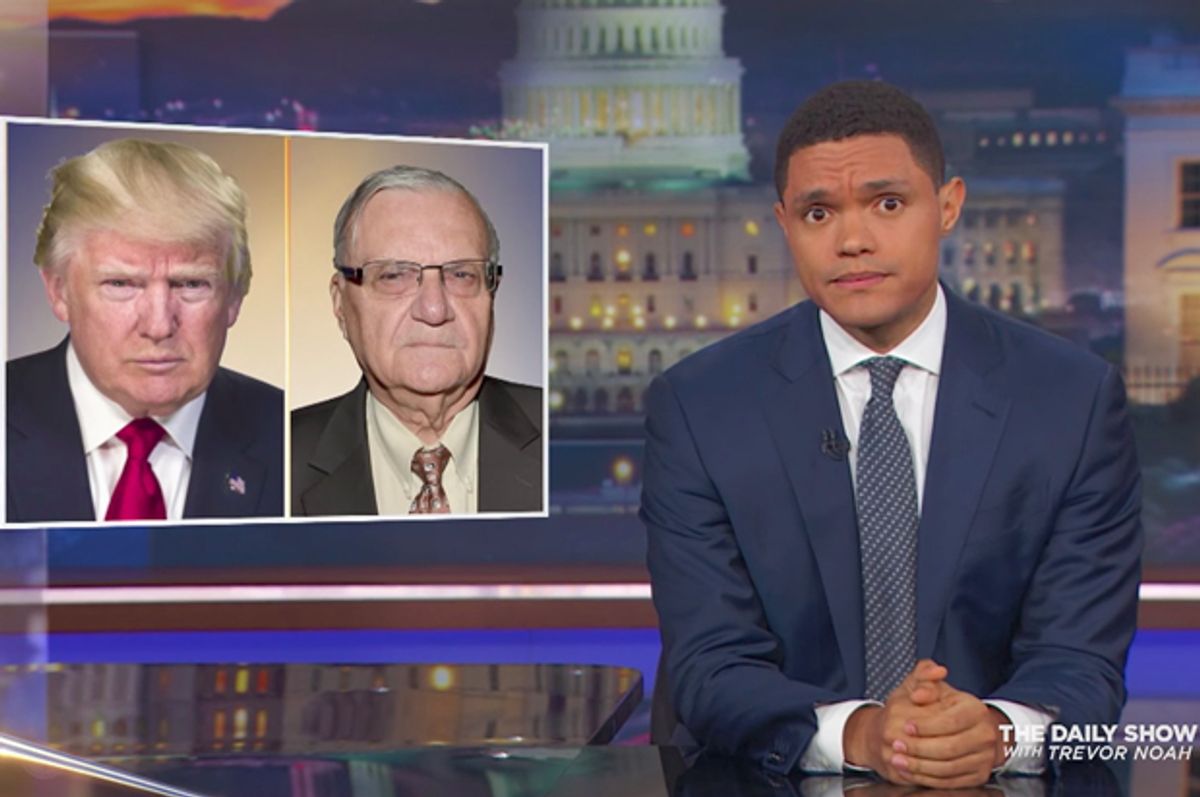 While most of America has focused on the devastation caused by Hurricane Harvey, "The Daily Show" host Trevor Noah drew his attention Monday night to the storm "battering the entire country, Donald Trump."

The latest Trump-induced scandal this past week came from the controversial pardon of former Maricopa County Sheriff Joe Arpaio.

Critics blasted Trump for showing leniency to the man who harshly and often illegally targeted Arizonians based on the color of the skin. (He was convicted for it, after all.)

But, according to Noah, the presidential pardon wasn't just a stamp of approval on the Arizona sheriff's institutionalized racism. "Like a teenage boy with a locked bedroom door, he's exploring his new powers," Noah said during his monologue. "And this weekend, Trump confirmed he can get someone off all by himself."

Arpaio has been enemy No. 1 for civil rights activists and those sympathetic to undocumented immigrants.

"The man Trump pardoned is regarded by many as one of the worst sheriffs in America," Noah said. "Worse than Sheriff Clarke; worse than Rosco P. Coltrane; worse than that sheriff Bob Marley shot in his song, and that guy was a dick."

Trump wasn't just pardoning a ruthless law enforcement official who boasted of his "concentration camps." The president was pardoning a friend. "You know, for a guy who is not racist, Donald Trump sure does have a lot of racist friends," Noah said.

"He's like the straight guy at the gym that all the gay guys hit on," the comedian added. "Maybe they know something you don't."