Donald Trump has an ethanol deal for Chuck Grassley, who will be speaking with Donald Trump Jr. soon

Is it a coincidence that Trump is talking about ethanol subsidies to the Iowa senator who will interview his son? 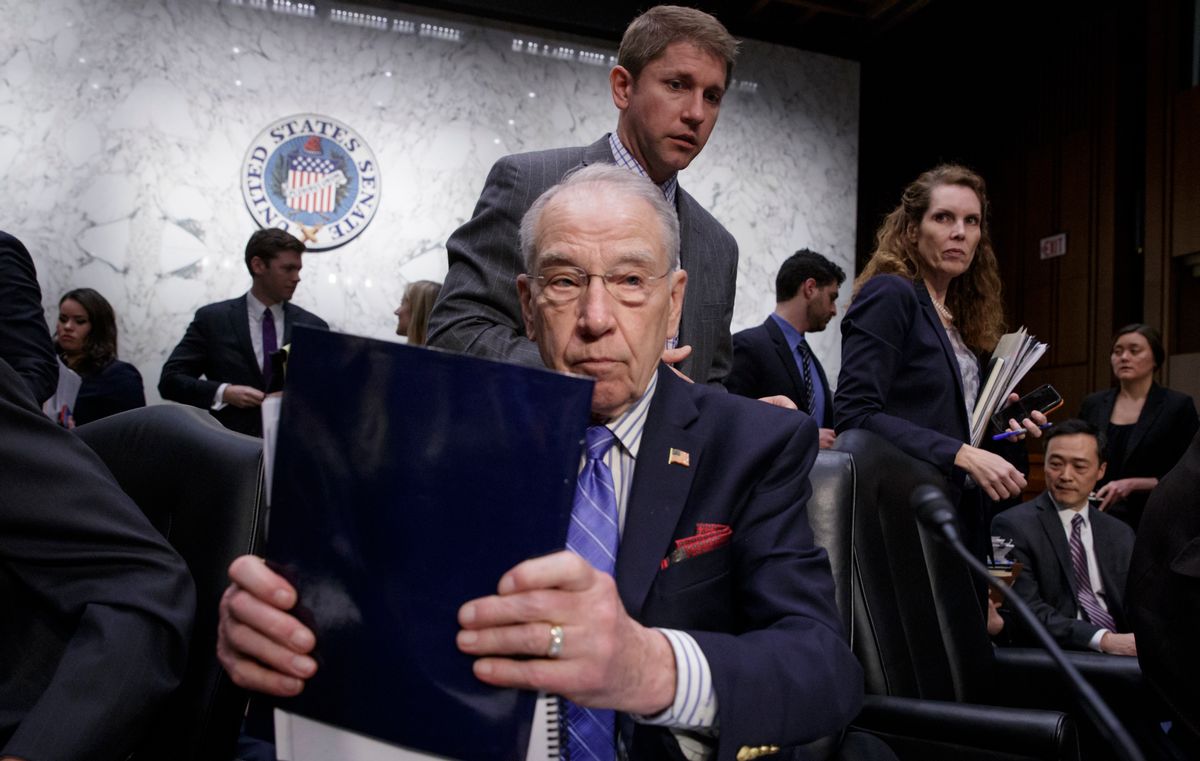 According to Republican Sen. Chuck Grassley of Iowa, President Donald Trump called him to discuss providing federal funds for ethanol biofuel — only one day after a CNN report that Trump's son will appear before Grassley's Senate Judiciary Committee.

Grassley broke this story with a pair of tweets on Wednesday morning.

On Tuesday, CNN reported that Donald Trump Jr. he had "agreed to sit down for a transcribed interview with the Senate judiciary committee, as investigators continue to dig into his attendance at a 2016 meeting where he was promised Russian dirt on the Clinton campaign." That committee is chaired by Grassley.

As The Guardian noted, Grassley comes from a farm belt state and as a result has been a major booster for the ethanol industry in the Senate. If Trump contacted Grassley about supporting ethanol, with the intention of influencing how the Senate Judiciary Committee interviews his son, a case could be made that constitutes attempted obstruction of justice — an accusation that Trump already faces for his conduct in the midst of the Russia investigation.

He added, "The other topics that came up were Hurricane Harvey and Ambassador Branstad in China."

Grassley has been willing to stand up to Trump on ethics issues in the past. After Trump issued a gag order in June that shut down oversight requests from Democrats, Grassley denounced the move in a public letter as "nonsense" and argued that the president was being "ill-served and ill-advised. Shutting down oversight requests doesn’t drain the swamp, Mr. President. It floods the swamp."