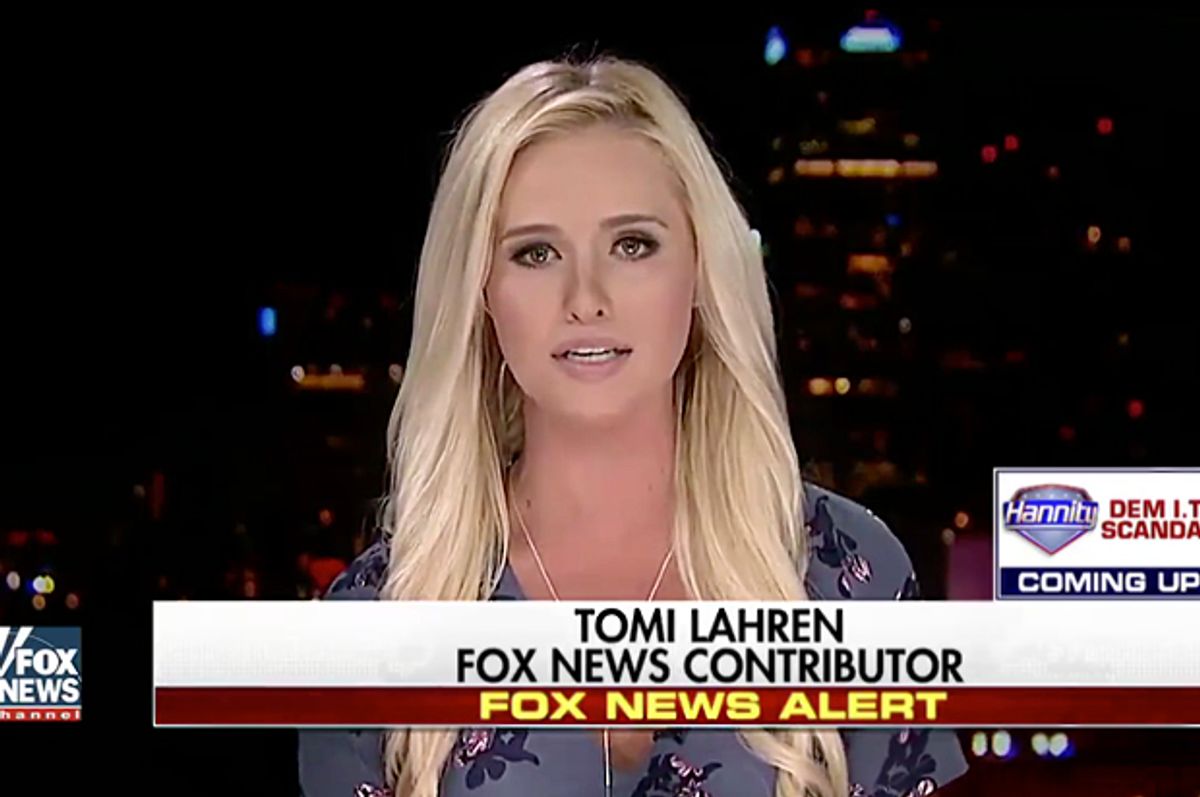 During her very first day at Fox News, former contributor for TheBlaze (and current Obamacare beneficiary) Tomi Lahren inadvertently suggested that she and the network are persistent in covering the Hillary Clinton email non-scandal perhaps cynical reasons.

During an appearance on Sean Hannity's show last, Lahren justified the network's continuous coverage of a scandal — one that has had no newsworthy developments and pertains to a political figure who has been out of the spotlight for almost a year — by depicting it as retribution for covering President Donald Trump's potential collusion with Russia during the 2016 election.

"How about we make a deal?" Lahren suggests. "How about when the mainstream media stops covering Russia day in and day out, maybe we can drop the Hillary email scandal. But until then, I think I’m going to stay on it."

When Fox News announced that it had signed on Lahren as a contributor, both as a pundit on its digital lineup and as a commentator on programs like "Hannity," it seemed like a match made in heaven. Lahren has been toeing the pro-Trump line hard (very much like her host Sean Hannity) and cut her teeth hosting a show at TheBlaze, a conservative site run by Fox News alumnus Glenn Beck.

This performance suggests that Lahren's addition could wind up backfiring on Fox News. Already she has proved problematic for at least one high-profile employer.

Although the ostensible reason given for Lahren being fired from TheBlaze was that she admitted to having pro-choice views, reports suggested that she was also very difficult to work with. In particular, she seemed to enjoy humiliating and berating her co-workers, with TheBlaze's countersuit against Lahren claiming that she "constantly complain[ed] about everything including but not limited to lighting, room temperature, editing, shooting, directing, etc. Lahren was divisive and created conflicts with other media personalities at TheBlaze."

Lahren and TheBlaze ultimately reached a settlement that was mostly confidential, although it did stipulate that Lahren would be freed from her contract and could control her Facebook page. That said, she was required to remove videos and other intellectual property that belongs to TheBlaze.