Disproving Trumpism on the field, the Minnesota Twins embrace diversity and win

The Twins finished in the cellar in 2016. Then, they started to communicate across languages and cultures 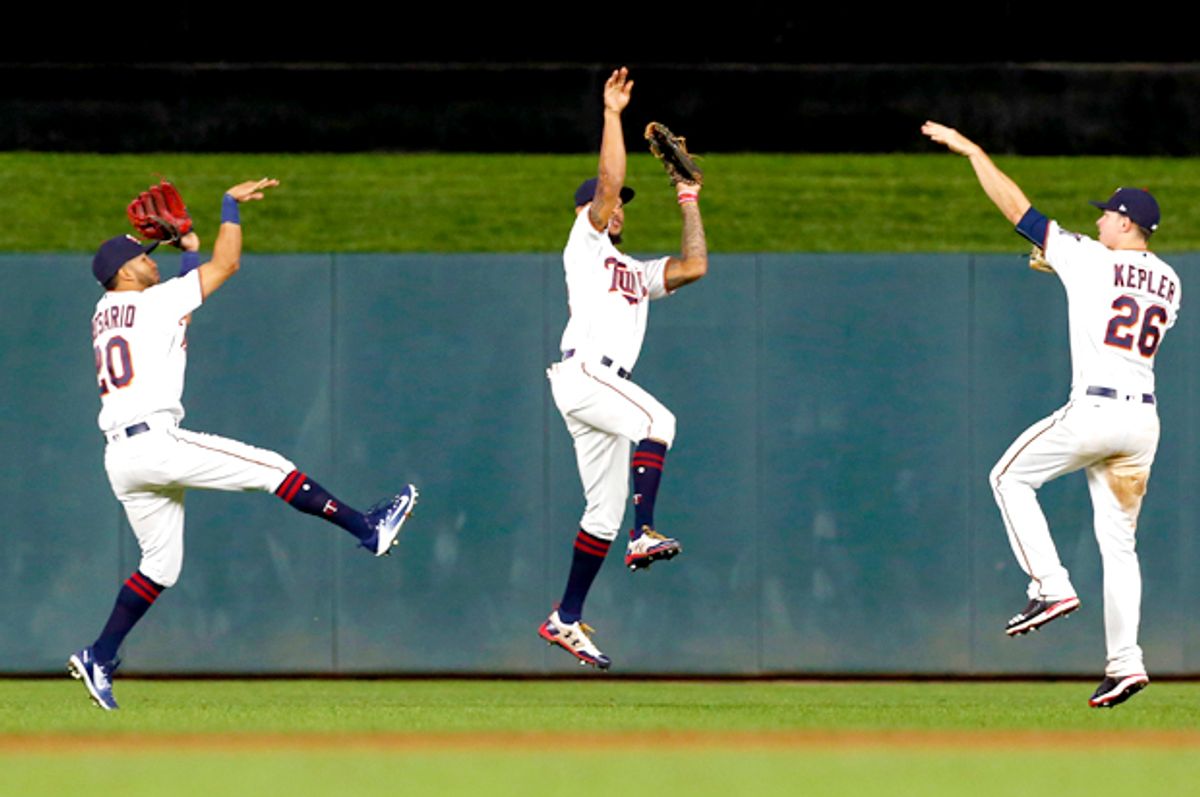 September brings a lot of things: a new school year, the start of fall and the playoff hunt in Major League Baseball. With a season of 162 games, spanning six long months, one 30-day stretch shouldn't seem too important. But for the fortunate teams vying for a playoff spot, September means everything.

One of the most surprising teams competing for a playoff berth this season is the Minnesota Twins. Last year, the team finished with the worst record in baseball, losing more than 100 games. They were 30 games out of a playoff spot when their season came to its merciful end.

This season, the club has a record of 71-65, and is in playoff contention. They're in command of the second Wild Card spot — the best teams in the league that aren't leading their division — and are two games back of the vaunted New York Yankees for the top spot.

Few can explain the Twins' success this season. The mid-market franchise returned to the field with mostly the same players as last year, relying again on a young roster that fans have patiently waited to mature and develop. Featuring one of the youngest lineups since 1990, USA Today projected the team to again finish at the bottom with a dismal record of 66-96.

But since the season began, the Twins have battled and positioned themselves for a postseason run. One theory for their success: The Twins boast one of the most unified clubhouses in all of baseball, overcoming any language and cultural barriers that sometimes hamper teams in a sport that features a lot of players from the United States, Latin America and Asia.

Jose Berrios, the 23-year-old star-in-the-making pitcher from Puerto Rico, indicated as much in an interview with ESPN last month.

"We are all in it together," he said in his native Spanish. "It's not just for Latino players; it's for everyone, Americans and Latinos. We all talk. We are always joking around with each other. Nothing personal. Just having fun. We believe that has made the difference."

The difference has been evident, with the team's chemistry on display almost every night.

Salon spoke with some of the Twins players this week to find out how they've bonded as a team, and what makes them different from last year's squad — and every other team in MLB.

Ervin Santana, the 34-year-old All-Star pitcher from the Dominican Republic, and one of the Twins' leaders, says the clubhouse is more than just a team.

Santana said that Twins players "communicate very well," which has translated to close friendships off the field. The Twins have regular team dinners, a ritual that most sports teams observe. Santana insists, however, that those times are spent well, allowing everyone to interact and speak up.

Brian Dozier, the home-run-hitting second baseman and longtime Twin, singled out the team's chemistry for this year's success.

"We are in an age now when people only care about numbers and sabermetrics and analytics, but the only thing that matters is what you can't put a number on and that is the team chemistry in the clubhouse," he said. "The heart that each of us have, we root and care about each other."

"What has gotten us to the point right now and having a chance of going to the playoffs is our chemistry," Dozier added.

Dozier's locker mate, shortstop Eduardo Escobar, agreed. He said that it does not matter what language a player speaks, they have found a way to communicate as a family.

Veteran pitcher Kyle Gibson, who struggled early at first this season only to find his groove again just in time for the playoff hunt, offered a pragmatic perspective to the Twins' season.

"You know what they say, 'chemistry breeds winning and winning breeds chemistry.' Winning has a lot to do with it," he said. "When you are playing together as a team, it's easy to have chemistry."

Gibson did acknowledge that the younger players have helped make this year's success possible. Indeed, the Twins have been anchored by many starting players 25 years old and younger. From the electrifying Byron Buxton (from Baxley, Georgia) and Eddie Rosario (from Puerto Rico) to the sluggers Max Kepler (from Germany) and Miguel Sano (from Dominican Republic), the Twins' young athletes are a microcosm of the Twins' roster and the game of baseball as a whole.

Perhaps that is why the Twins are experiencing unprecedented success this season. They are playing this international game the way it was intended to be played.