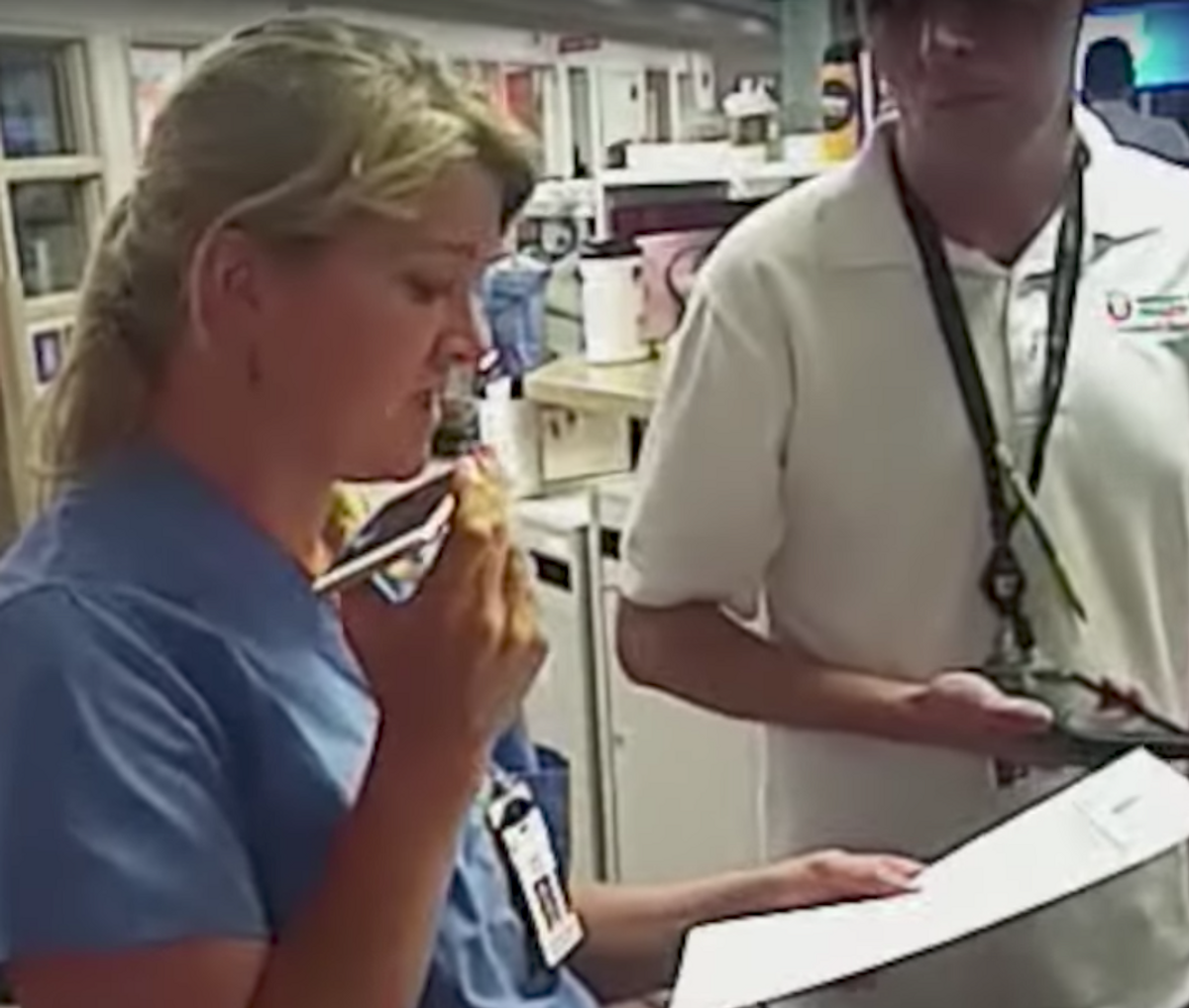 The Daily Caller, God bless it, has provided a home for the absolute worst take on the abusive arrest of a female nurse in Utah that witnesses captured on video last week.

Coming from freelance writer and an attorney Gregg Re, the astoundingly titled "Arrested Utah nurse had it coming" op-ed does its very best justify the forceful detention of nurse Alex Wubbels by officer Jeff Payne after he attempted to get a blood sample from an unconscious victim of a collision against the hospital's (and his department's) policies.

Naturally, Re writes that, yeah, Payne is the real victim here, and the arrest "empowered Wubbels and her attorney to threaten legal action against the police on CNN’s 'New Day' on Monday." Empowering: such a terrible thing.

Re claims — but does not prove — that there were "reams of inaccurate reporting" after the arrest, adding, with perhaps a finger raised in the air, that "the case is a much closer one than it appears," as Wubbels was wrong under federal law. Oh, do tell:

The hospital’s policy does not have the force of law, even if the local police department agreed to its terms. And crucially, the policy overlooks a well-established exception to the warrant requirement: Police simply do not need a warrant if exigent circumstances justify an urgent search and seizure of evidence. The imminent loss of blood evidence, which would be useful in a drunk-driving case, qualifies as a potentially exigent circumstance. . .

Let’s say you’re watching an unlikely UCLA comeback in the peace and quiet of your own home on the day before Labor Day, when suddenly your neighbor bursts through your front door with a pile of drugs in his hands. As your neighbor busies himself by tossing his cocaine into your toilet, the doorbell rings, and the police request to come inside. They’ve seen your neighbor running into your house with what they suspect are drugs.

Verily, with Wubbles free to roam the streets, however shall the good folk of our nation prevent our narco-neighbors from stomping on our right to see the Bruins accidentally win against the Longhorns? This shall not stand!

But, alas, our hero has tragically misread the Supreme court ruling he cites, Missouri v. McNeely. Re says that, "The court explicitly held in McNeely that some drunk-driving cases could permit warrantless blood draws." So true . . . well, if the person who's blood is being drawn is a drunk-driving suspect, rather than the sort of injured bystander Wubbles was protecting.

Undaunted, Re continues, lashing out at the chief of Salt Lake City police as well as that city's mayor, both of whom issued apologies after putting Payne on administrative leave. These cowardly actions were "necessitated not by the law, but public relations," Re writes. It's a sad day in America when public officials politely, properly atone for wrongs their agencies have done. A sad day.

Re then drops the mic, writing "Wubbels says in the video that 'you can’t put me under arrest' . . . Unfortunately, and only because she is a sympathetic nurse up against a faceless Officer Payne in the YouTube era, she may have been right." Indeed, we may be entering a frightening era when American police will not be able to wrench innocent, otherwise sympathetic people out of their workplaces for doing their jobs according to the law and agreed upon polices. Only the public flogging of Wubbels will address this grievous injury to our state. To the stocks with her!

Surely, this ranks among the best of Re's editorial contributions to national discourse.