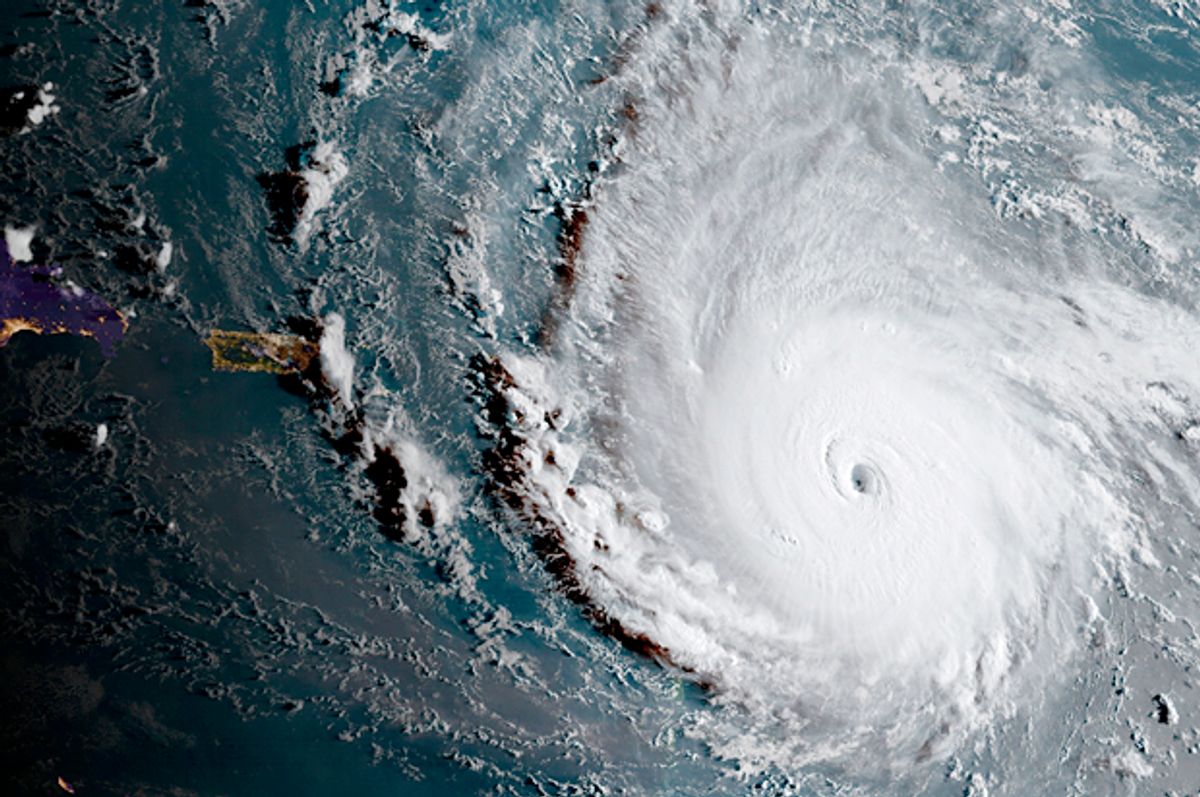 As Hurricane Irma inches ever-closer to the U.S. mainland, passing over Caribbean islands in its approach, the first hints of its potential to devastate are chilling.

Gaston Browne, the Prime Minister of Antigua and Barbuda, speculated that "95 percent" of Barbuda's buildings had suffered some sort of damage, ranging from a light battering to total destruction. Browne called Barbuda "barely habitable," and said that rebuilding will take "years," in a televised interview on Antigua and Barbuda Broadcasting Services (ABS TV).

"What I saw was heart-wrenching... absolutely devastating. I believe the extent of the destruction in Barbuda is unprecedented," Browne said on ABS TV, after having returned from an aerial survey. He noted the threat of mosquito-borne diseases as a result of the hurricane, and said that he thought "60 percent" of the population was homeless.

"Barbuda is literally a rubble," Prime Minister Browne said. Browne added that the relief effort was already underway, including two cargo planes from Venezuela that were slated to arrive in Antigua shortly.

Four people have died so far from Hurricane Irma — one in Barbuda, one in the British territory of Anguilla, and two in French islands, according to the Los Angeles Times. The hurricane's 185 mile-per-hour wind speeds rank it among the most powerful Atlantic hurricanes ever, according to the New York Times.

As far as hurricane readiness is concerned, island nations like Antigua and Barbuda are some of the best-prepared in the world, in part because hurricanes strike them so frequently. Yet Barbuda's relative preparedness makes the reports of devastation more concerning, and suggests that the areas of the continental U.S. that pass under the storm's eye may face a similar fate.