The "Star Wars" franchise officially has a director problem 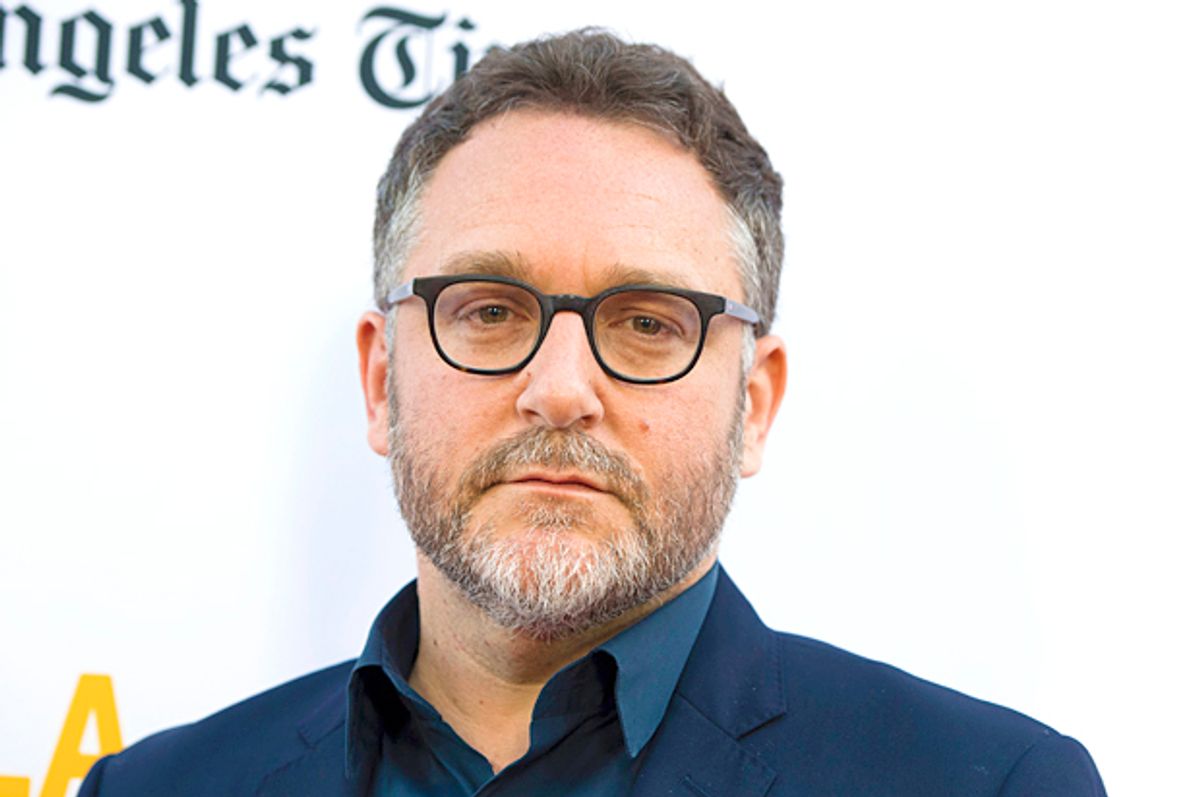 For the second time in three months (as well as the third time in two years) the director of a major "Star Wars" film has been fired. This time the hapless helmer to be given the proverbial boot was Colin Trevorrow, best known for directing the box office hit "Jurassic World" in 2015 and the disappointing "The Book of Henry" earlier this year.

"Lucasfilm and Colin Trevorrow have mutually chosen to part ways on Star Wars: Episode IX," explains an official statement posted on the Star Wars site. "Colin has been a wonderful collaborator throughout the development process but we have all come to the conclusion that our visions for the project differ. We wish Colin the best and will be sharing more information about the film soon."

As Aaron Couch explained during a discussion with other writers at The Hollywood Reporter, the most immediate question posed by Trevorrow's firing is whether any director can feel secure when working on a modern "Star Wars" film.

"If you can fire one and just bring in another, what does it really mean to be a director?" Couch asked.

Couch also speculated that the underwhelming performance of "The Book of Henry" may have created doubts in producers' minds about Trevorrow's ability to deliver the goods with "Star Wars: Episode IX."

The other firings were Josh Trank for an unspecified "Star Wars" spinoff after his allegedly erratic and isolated behavior while shooting "Fantastic Four" alarmed "Star Wars" producers. Meanwhile, there are rumors that Phil Lord and Chris Miller were fired from their own "Star Wars" spinoff due to their improvisational directing style clashing with the producers' creative vision.

Even last year's hit "Rogue One: A Star Wars Story," which was primarily helmed by Gareth Edwards, had reshoots done by Tony Gilroy to better align it with the producers' wishes.

While we may never learn everything about why directors like Trank, Edwards, Lord, Miller and Trevorrow (boy that list has grown long) had control wrested away from them in varying degrees on "Star Wars" projects, the ultimate verdict as to whether the producers were correct will depend on the reception each of those movies receives. If they're hits, the producers will have been vindicated; if they flop, or are viewed as mediocrities akin to the infamous prequels, fans may demand that directors be allowed to work without fear of the ax falling.

Nonetheless, this may become an issue for Disney and Lucasfilm going forward as they continue to try to attract the best young directing talent to the franchise. As Taika Waititi put it when Vox Media's Shaun McIlroy suggested via Twitter that the "Thor: Ragnarok" helmer might be a good choice for a "Star Wars" project: