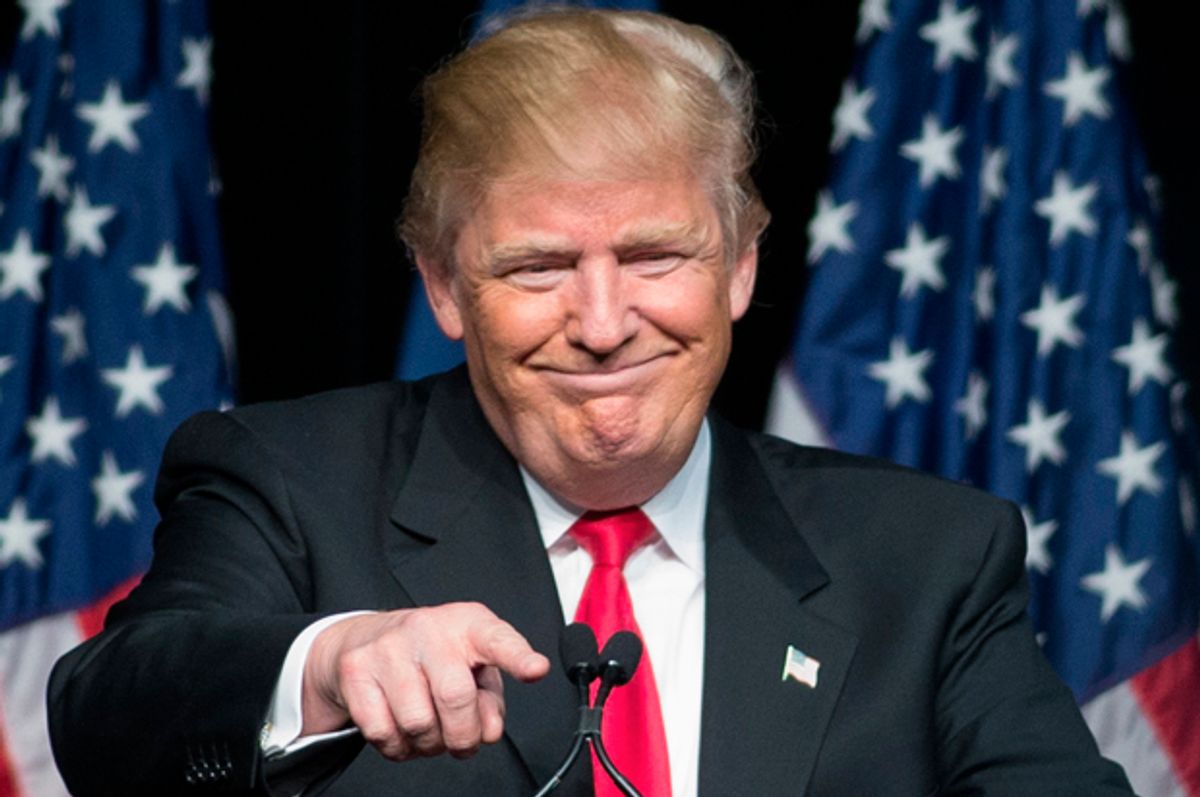 On Wednesday, President Donald Trump sold out his own party's leadership to strike a deal on a disaster relief bill and a three-month debt ceiling deal that's very friendly to Democrats. Senate Majority Leader Mitch McConnell, R-Ky., whose relationship with the president has reportedly been strained to begin with, tried to downplay the deal while the rest of his party "seethed privately."

But even though Republicans are furious with a deal that puts them, the majority, in the passenger seat, one group is loving it: Trump-loyal media.

Fox Business Network host Lou Dobbs, who claimed after Trump's first 100 days that the president was "in a very good place," knew that the deal was a great one for Trump, because it meant the president could stick it to Speaker of the House Paul Ryan.

The president not only took RINO Ryan to the woodshed, but eliminated any need for any Republican to pretend that Ryan is a real Republican in any way. Or that any RINO has any future after Mr. Trump simply booted the hapless fool out of the way of those trying to get the nation's business done.

Now Ryan is fully exposed to the nation. His Congress, one that has accomplished next to nothing this year. Nothing, in Paul Ryan's nearly two-year tenure as a speaker, has been done.

More astoundingly, Dobbs treated the Democrats as the good guys here, because the party's leaders "have been more conciliatory in their rhetoric." In other words, the Democrats were nicer to Trump.

But Dobbs wasn't the only one who decided that Trump's deal was good because it was bad for Paul Ryan. The Federalist went all in, claiming that Trump was pivoting by getting rid of the "feckless Republicans who have failed to deliver on their promises to him or to their voters."

It may be that this is the first sign Trump is himself waking up to the inaccuracy of the conventional wisdom about “needing McConnell and Ryan” which has animated so much of the early failures of the Republican legislative agenda. So he’s being more honest: he doesn’t like McConnell and Ryan, never did. He likes Chuck Schumer, and knows him, and thinks he can work with him. And he knows Chuck always makes money for his partners.

Here's what this analysis is missing: The president has a habit of kicking things to Congress and making them do the actual work, so getting on the wrong side of the party in power may not be a tactic for fans of Trump's agenda to celebrate in the long run.