Trump's attorney general says that crime is getting worse. The facts say otherwise 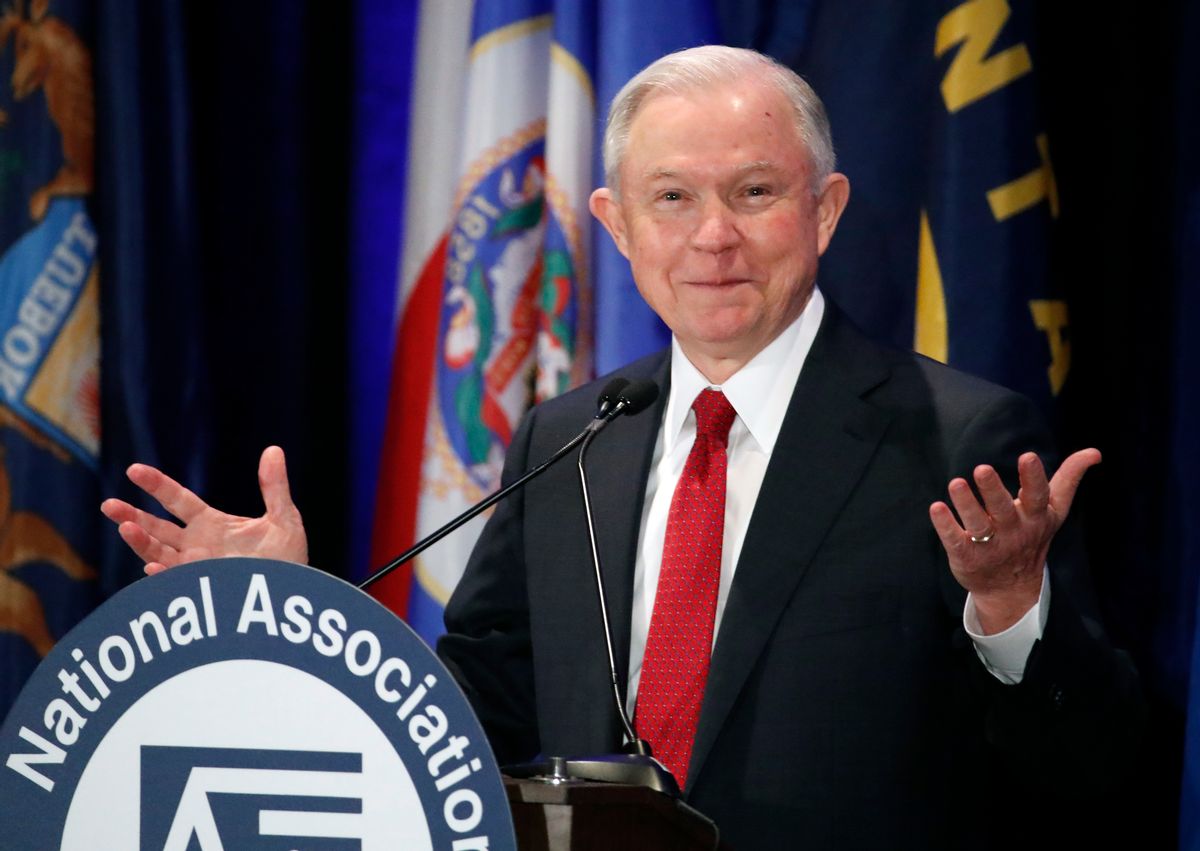 A new study released on Wednesday has demonstrated that Attorney General Jeff Sessions' past claims about America experiencing a permanent violent crime wave were factually wrong.

A preliminary analysis on crime data from America's 30 largest cities by the Brennan Center for Justice found that violent crime was expected to fall by 0.6 percent, the second-lowest in more than a quarter century, according to The Washington Post. The homicide rate was expected to fall by 2.5 percent, on par with the rate from 2009, and violent crime overall was projected to reach its lowest point since 1990.

The Post also reported that the slight uptick in violent crime from 2015 and 2016 could be easily explained by statistical anomalies:

While there was indeed a national uptick in violent crime and murder during 2015 and 2016, one of the underrecognized drivers of those shifts was the sharp increase in killings in two cities, Chicago and Baltimore, which combined made up more than half of the increase in murders in large cities from 2014 to 2017. This year, the number of murders in Chicago alone is expected to drop 2.4 percent. But it’s declines in New York, Houston and Detroit that are driving the overall decrease.

Sessions will now need to either walk back his earlier proclamations on America experiencing a violent crime surge or stand by blatantly inaccurate assertions.

Last month, Sessions declared during the 63rd Biennial Conference of the National Fraternal Order of Police that "after decreasing for nearly 20 years because of the hard but necessary work our country started in the 1980s, violent crime is back with a vengeance."

Similarly, when he was sworn in as attorney general in February, Sessions claimed that "my best judgment, having been involved in criminal law enforcement for many years, is that this is a dangerous, permanent trend that places the health and safety of the American people at risk."