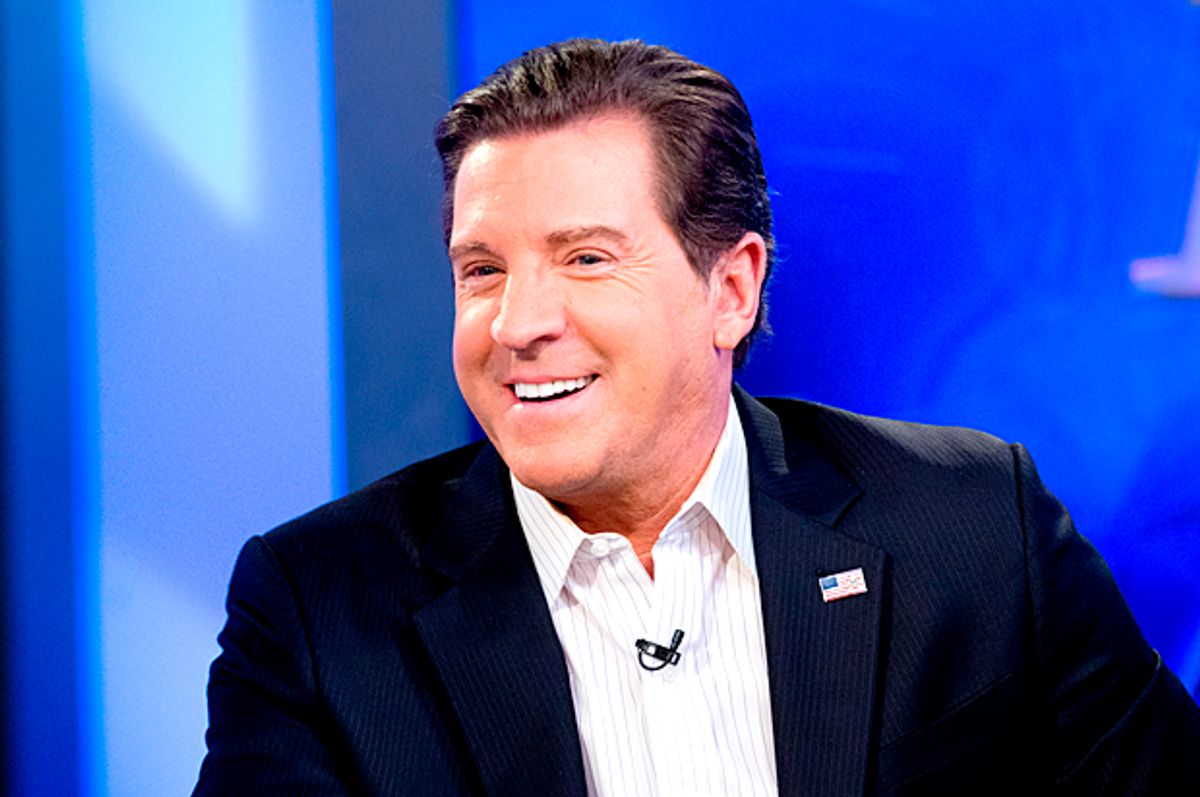 Eric Bolling is out at Fox News, the network confirmed Friday. The news arrives a month after the HuffPost reported that Bolling allegedly harassed female colleagues via text messages.

"Fox News Channel is canceling 'The Specialists,' and Eric Bolling and Fox have agreed to part ways amicably,” the network said in a statement. "We thank Eric for his ten years of service to our loyal viewers and wish him the best of luck."

In HuffPost's original story, a dozen sources said that Bolling sent unsolicited photos of his genitalia to at least three female colleagues at Fox. Bolling was suspended pending investigation, and shortly after the story was published, Bolling announced a defamation lawsuit against the HuffPost reporter, seeking $50 million in damages. Bolling tweeted on August 9 that he looked forward to "clearing" his name.

With his termination, Bolling joins former Fox News chairman Roger Ailes, host Bill O'Reilly both of whom were all forced out of News Corp after sexual harassment allegations. The accusations against these and other members of the Fox News staff — and the many lawsuits and settlements involved — eventually forced the network to break with longtime co-president Bill Shine in May.

On the very same afternoon Bolling leaves the News Corp family, however, the the company announced the return of Fox Business host Chris Payne. He was suspended in June, also for sexual harassment accustations. Elsewhere under the News Corp umbrella, Fox Sports' Pete Rose received the boot this week after old allegations of statutory rape resurfaced.

Overall, these accusations and dismissals paint a picture of a culture steeped the abuse of and sexual harassment against women — one that the termination of individual perpetrators is unlikely to rectify. Treating individual instances of abuse as isolated incidents may serve to punish some of the guilty, but it's unclear if that will protect News Corp employees and guests going forward. Ownership of the company-wide problem may be Rupert Murdoch's best bet — though no one is holding their breath for that.