Many people are not looking forward to the candidate's new memoir 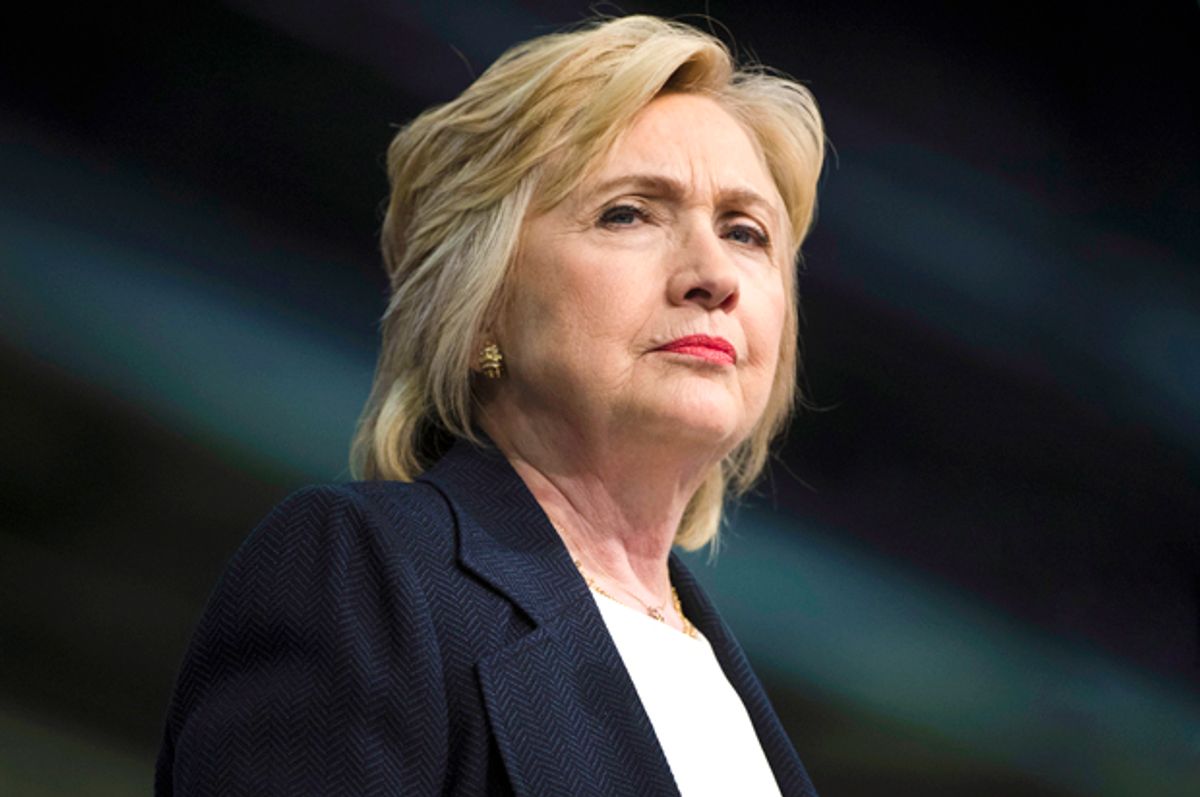 Hillary Clinton, who you might remember ran for president a second time last cycle, just wrote a new book. The memoir, titled "What Happened," promises to be Clinton’s take on just that: exactly how things went so wrong that she lost a contest that should have been unlosable. Plenty of people are eager to read Clinton’s campaign post-mortem, in which she goes after Bernie Sanders, Kremlin-backed actors and, in her own words, “my own shortcomings and the mistakes we made.”

There are also a lot of people who are not only not excited to read the book, they wish it hadn’t been written at all. A fair number of these people are Democrats, and they have not been shy about giving out quotes expressing just how not into Clinton’s new book they are.

Here’s a sampler of those quotes, mostly from interviews with the Hill and Politico, from the last few days.

The Hill reportedly spoke with a Clinton “fundraiser and surrogate who played an active role at the convention” who didn’t mince words — or expletives — on the topic.

“The best thing she could do is disappear,” the Clinton critic told the outlet. “She’s doing harm to all of us because of her own selfishness. Honestly, I wish she’d just shut the f**k up and go away.”

Jonathan Tasini, the labor activist and author of The Essential Bernie Sanders and His Vision for America, seemed to use the moment to extol Sanders' virtues while attacking Clinton as some kind of out-of-touch elite.

“Democrats, and all voters, can take a look at the two different visions, ably articulated, by the two Democratic finalists,” he told Politico. “One person has been out in the country, almost without stopping, since the election rallying people to defend Obamacare, against tax cuts for the wealthy and for a $15 minimum wage. The other person, while Trump has been ripping the country apart, has been taking long walks in the woods, drinking chardonnay, hobnobbing with celebrities and writing a book that entirely ignores the failure of the party establishment over a decade or two. People can choose which kind of party they prefer.”

3. Clinton is playing a 'blame game.'

Jared Huffman is a Democratic congressman from North Carolina. He described Clinton’s book as hobbling the party by relitigating the election without taking any actual responsibility for the party’s loss.

“Maybe at the worst possible time, as we are fighting some of the most high-stakes policy and institutional battles we may ever see, at a time when we’re trying to bring the party together so we can all move the party forward — stronger, stronger together,” Huffman told Politico. “She’s got every right to tell her story. Who am I to say she shouldn’t, or how she should tell it? But it is difficult for some of us, even like myself who’ve supported her, to play out all these media cycles about the blame game, and the excuses.”

He also suggested that a lot of Democrats are feeling the same lack of enthusiasm over the book.

“There is a collective groan,” Huffman added, “whenever there’s another news cycle about this.”

Barack Obama has largely remained silent on all things current and political, from Trump policy failures to Clinton’s loss or political future. A political aid to the former president suggested this was the way to go, and condemned Clinton for occupying the spotlight for reasons unknown and possibly unproductive.

“None of this is good for the party,” the ex-Obama aide told the Hill. “It’s the Hillary Show, 100 percent. A lot of us are scratching our heads and wondering what she’s trying to do. It’s certainly not helpful.”

Oregon Senator Ron Wyden implied the book was stuck in an unchangeable past.

“I’ve always been a looking forward kind of a guy,” he told Politico. “I think I’ll leave it at that.”

"I think she should just zip it, but she's not going to," the donor said.