In an open letter, Amber Tamblyn destroys James Woods for hitting on her when she was 16 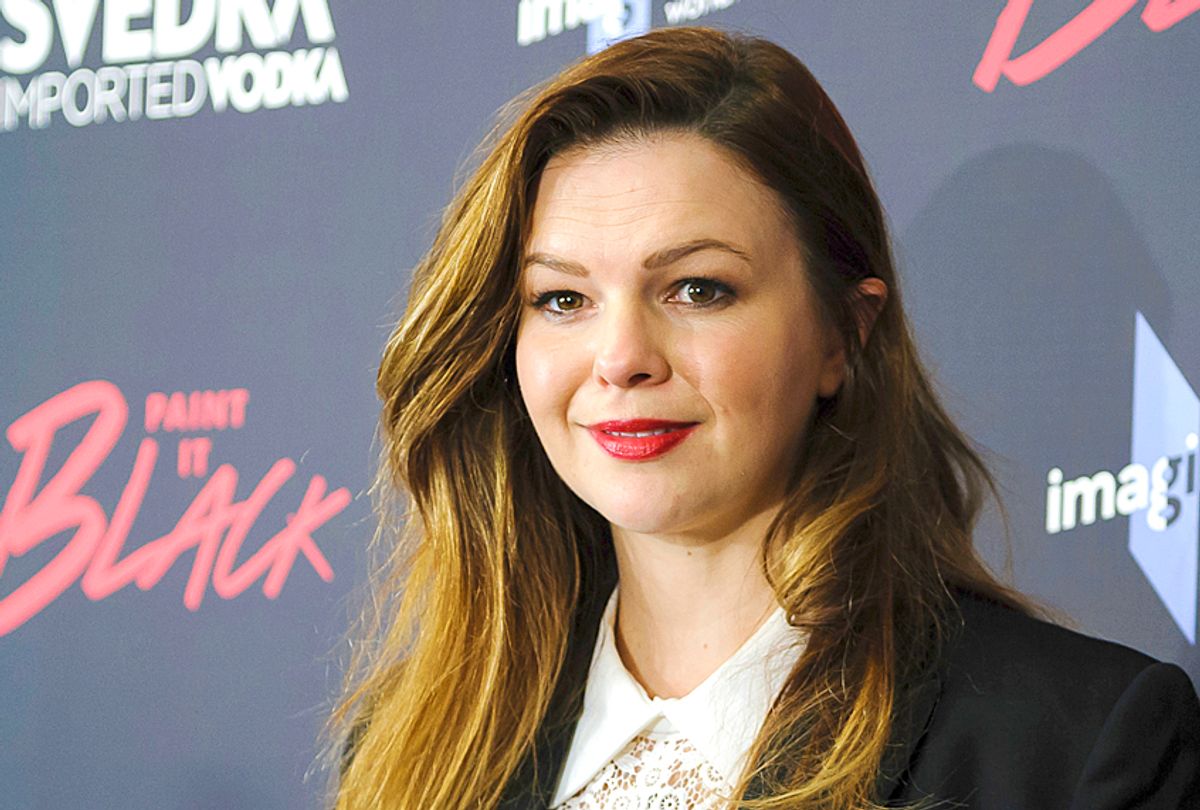 In an open letter to James Woods published on Teen Vogue, actor and director Amber Tamblyn accused her fellow performer of attempting to seduce her when she was 16. The letter comes after a short Twitter war between Woods, Tamblyn and actor Armie Hammer

The conflagration began on September 10, when Woods, whose conservatism is well publicized, criticized Hammer’s upcoming film, “Call Me by Your Name." In the film, Hammer plays a 24-year-old who enters into a romantic relationship with a 17-year-old young man. Woods tweeted, "As they quietly chip away the last barriers of decency," hashtagging "NAMBLA" in reference to the North American Man/Boy Love Association, the controversial pedophile and pederasty advocacy organization. There's no word on whether or not Woods would have a problem with the movie if it featured a heterosexual couple of a significant age difference.

Hammer responded the following day, tweeting, “Didn't you date a 19 year-old when you were 60?”

Tamblyn chimed in to say that Woods had tried to pick her up in a diner parking lot when she was 16, even posting a screenshot of a text with a friend who was with her that night, corroborating the story.

Woods immediately connected this to a liberal attack on his conservatism while accusing Tamblyn of lying. Swell.

All this inspired Tamblyn to write a powerful letter addressed to Woods, which was published by Teen Vogue. In it, Tamblyn addresses Woods defensiveness in earnest and indelibility, calling it a “teachable moment,” before going into personal detail of the night in question. “Since you've now called me a liar, I will now call you a silencer. I see your gaslight and now will raise you a scorched earth,” she says.

Tamblyn’s detailed account of the encounter includes the honest admission that Woods probably didn’t know who she was. She was just another girl, which is how Tamblyn connects her personal story to the narrative of sexual aggressiveness toward underage women. She then points out that survivors are often asked to give proof of an event that was only witnessed by the aggressor and the victim.

"The saddest part of this story," she writes, "doesn't even concern me but concerns the universal woman's story. The nation's harmful narrative of disbelieving women first, above all else. Asking them to first corroborate or first give proof or first make sure we're not misremembering or first consider the consequences of speaking out or first let men give their side or first just let your sanity come last."

Tamblyn wraps up by asking Woods to take a good look at himself. "So it is with hope, Mr. Woods, that I ask you to go inward now and ask yourself the hard stuff. The ominous unconscious stuff . . . The archetypal masculinity stuff . . . The id's most cherished stuff." Even so, Tamblyn isn't hopeful about his rehabilitation. "Are you and your history with women and girls a part of the problem, Mr. Woods?," she asks. "Go now and look in the mirror and ask yourself if this is true. Go on, I'll wait. But I won't hold my breath."

Woods has yet to respond.