"The Scaramucci Post": Did Anthony Scaramucci just launch a news site or what?

The Mooch cryptically tweeted hints about his post-White House plans 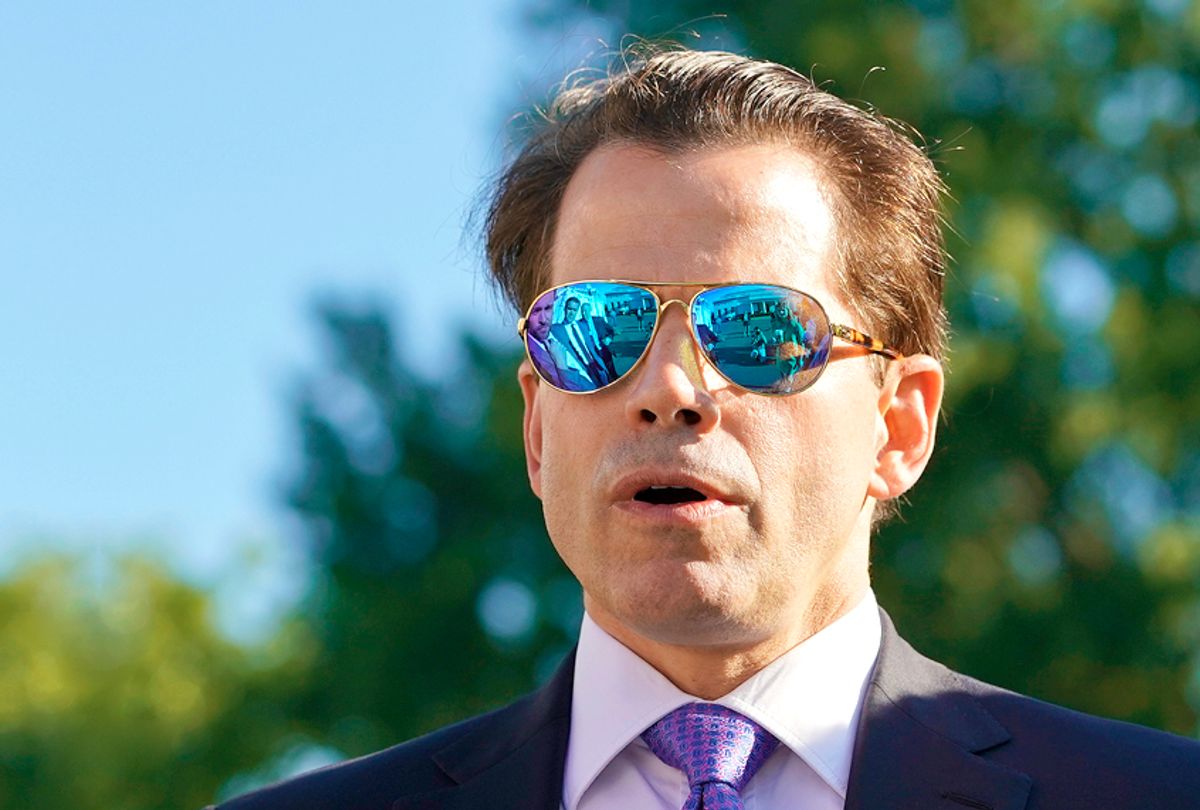 "Get ready," Scaramucci tweeted, in hopes of building anticipation for his potential project, "The Scaramucci Post."

In supplying no further details of this project, the Mooch may be taking after his former boss, who often relishes keeping the public in suspense (or is that fear?) about his future plans. That said, Scaramucci did set up a pair of social-media accounts on Twitter and Instagram for "The Scaramucci Post."

As well, a domain name and website exist for Scaramucci's venture, thescaramuccipost.com — though it features little more than the logo above covered by a winking emoji that links to the Twitter account of Yousef Khraibut. Khraibut's Twitter biography claims he is the founder of Bedouin, a self-described "design thinking firm" and a user-experience (UX) design lab. Khraibut's brief bio also says he founded a company that later merged with the viral publishing site Uproxx.

So, no, there are no hard and fast facts about whether the Mooch is developing a news portal to compete with the likes of the Huffington Post (now HuffPost), Breitbart (led by former foil Steve Bannon) or — who knows — even Salon. Yet, with Khraibut on board, all signs point to a semi-solid yes.

And this would all make sense given that, in recent weeks, Scaramucci has seemed intent on delivering something to our Mooch-hungry world. In mid-August, just a week after being fired from the White House, the Mooch signed with Hollywood publicist, Howard Bragman. Politico elaborated:

Bragman is the author of the book “Where’s My Fifteen Minutes?” and his company is also called Fifteen Minutes. One of his specialties is crisis communications for celebrities. His client list includes Barry Manilow and the Jet Blue flight attendant who took two beers and jumped down an exit chute slide. He also handled Monica Lewinsky.

In the meantime, however, Scaramucci is still up to his Moochian antics — in this case, subtweeting a "Daily Show" writer with hilarious results.