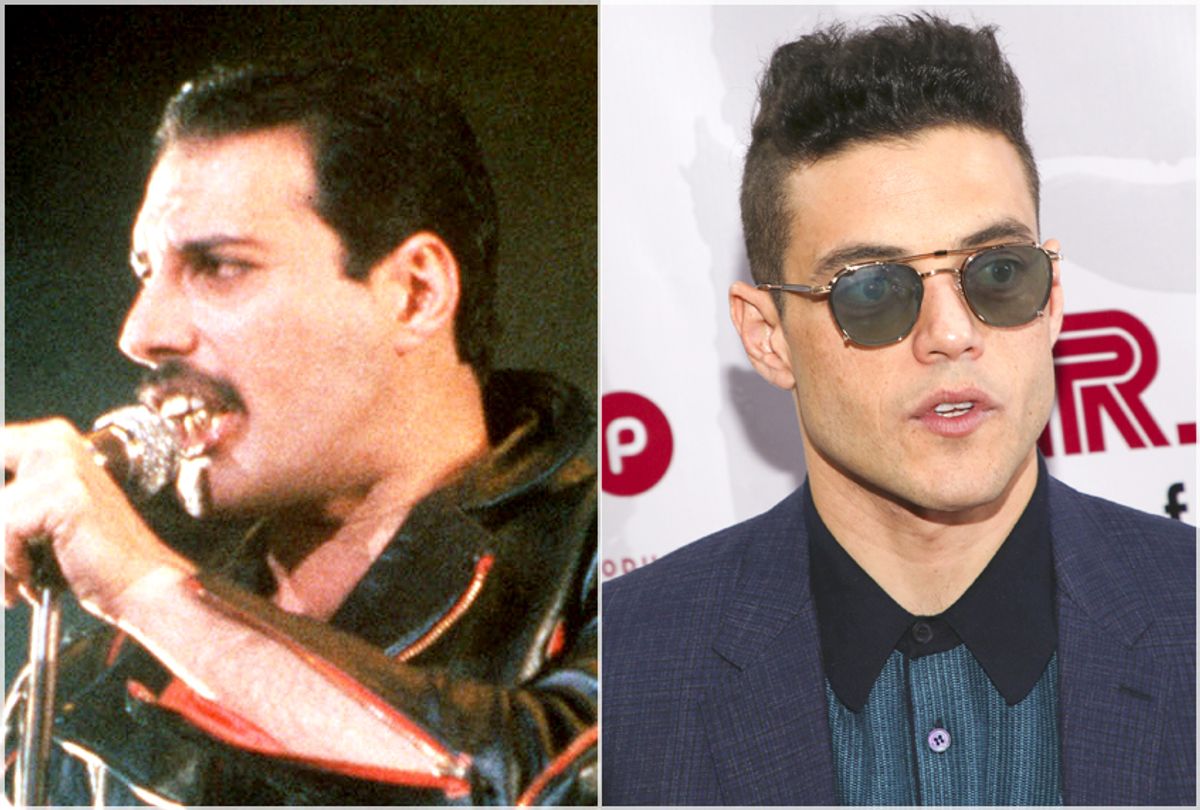 We already told you that Rami Malek, star of the beloved "Mr. Robot," would be stepping into the shoes and donning the mustache of the late, great Queen singer Freddie Mercury for the new rock biopic "Bohemian Rhapsody." With the film flying through production, the team behind it — including director Bryan Singer — released a stunning, uncanny image of Malek in full character as Mercury last week. It must be seen to be believed.

Now, we're getting a first — if ever so brief — look at Malek in motion thanks to some on-set footage. Below, the actor and his Queen bandmates (played by Gwilym Lee, Ben Hardy and Joseph Mazzello) recreate the group's now-legendary 1985 Live Aid set at London’s Wembley Stadium — a moment guitarist Brian May once called "the greatest day of our lives."

Take a look for yourself below. Note that Malek and team are miming along to a recorded track of the band's 1985 performance, not performing live.

Now before you start giggling about all the pantomime above — and it's honestly okay if you already are — take a look at the original Live Aid performance below for reference and comparison.

Well dang if Malek and company aren't dead on. Again, if nothing else, Malek's turn as Mercury is shaping up to be one of the more exacting impersonations of a famous person in recent memory.

In other "Bohemian Rhapsody" news, comedian Mike Myers — who lip-synched to the operatic Queen hit which gives the upcoming film its name in his 1992 laugher "Wayne's Word" — has joined the cast in an undisclosed role. It's cross-promotional branding synergy at its best.