Jimmy Kimmel and Sean Spicer duke it out over fake news

It's Spicer's first appearance since resigning from the Trump Administration, and he has a lot of explaining to do 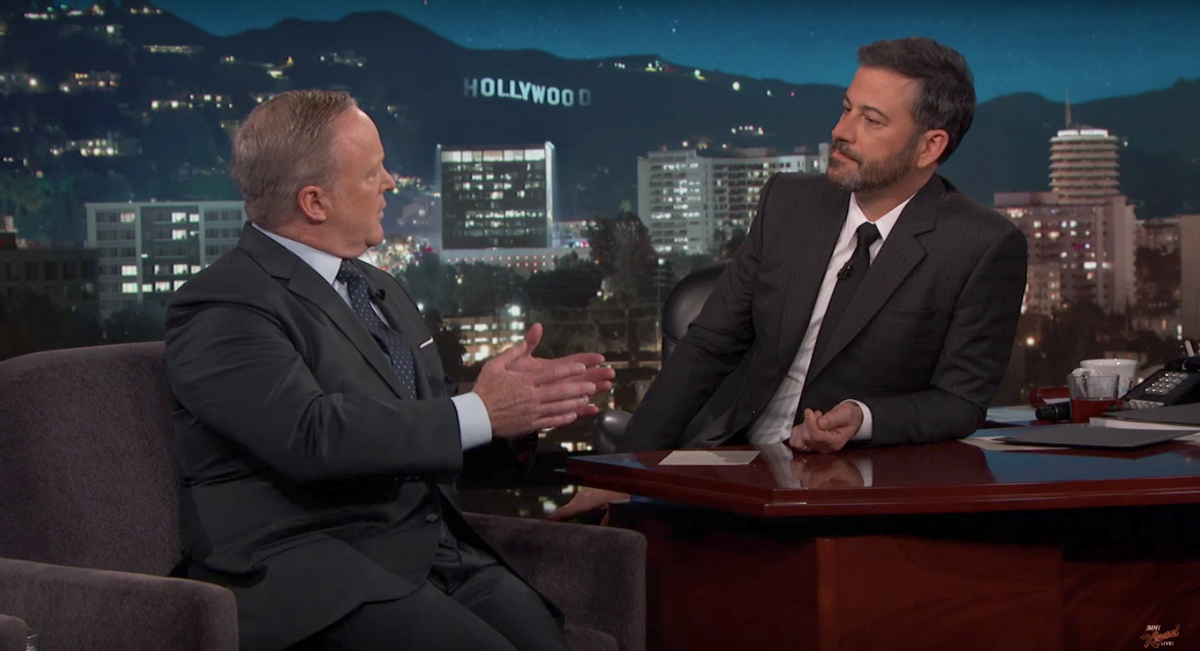 Usually A-list movie stars headline a late-night shows guest slate. But under this political climate, former members of the Trump administration can claim to be in the spotlight themselves. So it may not be a surprise that "Jimmy Kimmel Live" was able to grab former press secretary Sean Spicer on Wednesday — who provided comics never-ending material during his tenure.

The interview wasn't all fun and jokes, however, as Kimmel wondered why Spicer was so quick to attack the media.

"Lumping together everyone as fake news just seems terrible to me," Jimmy Kimmel said at one point in the interview. "As a Catholic, I'm offended when everyone lumps all priests together as child abusers. I find that to be unfair to those that are not."

It was just one example of Kimmel trying to get Spicer to admit the error of his ways. Throughout the 20-minute interview, Kimmel needled the former White House press secretary on his treatment of the press. Spicer, for his part, did not concede any fault, blaming both sides for the state of affairs.

Kimmel described that attitude as "childish" before moving on to more important things, such as Melissa McCarthy's impersonation of Spicer on "Saturday Night Live."

"I'm laughing, but a lot of money in therapy," Spicer said after Kimmel player a clip of McCarthy's performance.

Perhaps the most newsworthy tidbit to come out of the interview was when Spicer admitted that he had an alert on his phone for whenever the president tweeted.

"There were times when you may have wanted to go to bed, " Spicer said, "and you said, 'OK This is going to be a longer night.'"