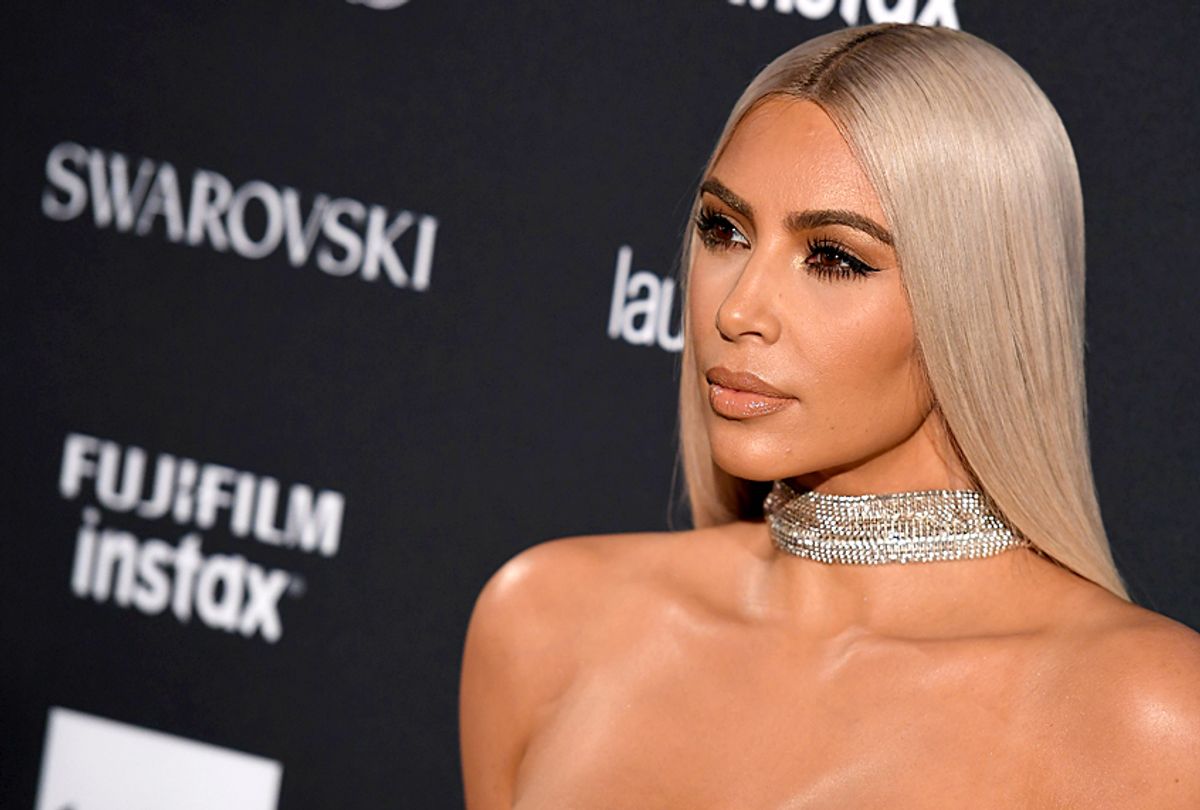 According to the press secretary for Russian President Vladimir Putin, Kim Kardashian could be one of the future's great political movers and shakers.

Why? Because she has a lot of Twitter followers.

In a rant reminiscent of Putin's own denunciations of "Anglo-Saxon global information streams," Kremlin press secretary Dmitry Peskov told The New York Times (in a feature you should read) that Russia's attempts to spread propaganda was a "counteraction" to actions taken by nations like the United States. When explaining how this applied to social media, Peskov mentioned "this girl, from show business, Kim Kardashian" as an example.

After pointing out that Kardashian's Twitter following is nearly 18 million larger than President Donald Trump's (at 55 million), Peskov speculated, "let’s imagine that one day she says, 'My supporters — do this.' This will be a signal that will be accepted by millions and millions of people. And she’s got no intelligence, no interior ministry, no defense ministry, no K.G.B."

Peskov added, "The new reality creates a perfect opportunity for mass disturbances or for initiating mass support or mass disapproval."

While Kardashian does indeed have a massive Twitter following, it seems unlikely that her fans would engage in mass political disruptions merely because she suggested they do so. Yes, she can inspire followers to try new contouring techniques, embrace shapewear or troll Taylor Swift, but that's about the extent of her powers.

What's staggering here is that a man who so fundamentally misunderstands Western media serves as the press secretary for a powerful, often autocratic ruler who has made few bones about bringing the press of his country under his direct control. It reveals a particular worldview — one perhaps shared by Putin — in which all media can and should be a lever of power used for either disruption or control. It also imagines that all who "follow" media sources are under the political spell of those who use them. It's cynical, absolutist and dangerous.

Now, that may be the way Putin and Peskov wish to employ social media in their regime to control social media, but it's just not how things work in even a semi-successful democracy. Not all reality stars are potential political forces with legions of do-or-die followers willing to sacrifice themselves at a Tweeted order (our current president notwithstanding). Sometimes a celebutante is just a celebutante.

That's not to say Kardashian hasn't figured into social and political arguments in the recent past. After she was robbed at gunpoint in Paris last year, the NRA issued a tweet mocking her trauma as a way to make a point about gun laws. In 2014, when Kardashian's naked butt appeared on the cover of Paper Magazine, it prompted a wave of reactionary backlash criticizing Kardashian for choosing to market her body in the manner she deemed fitting.