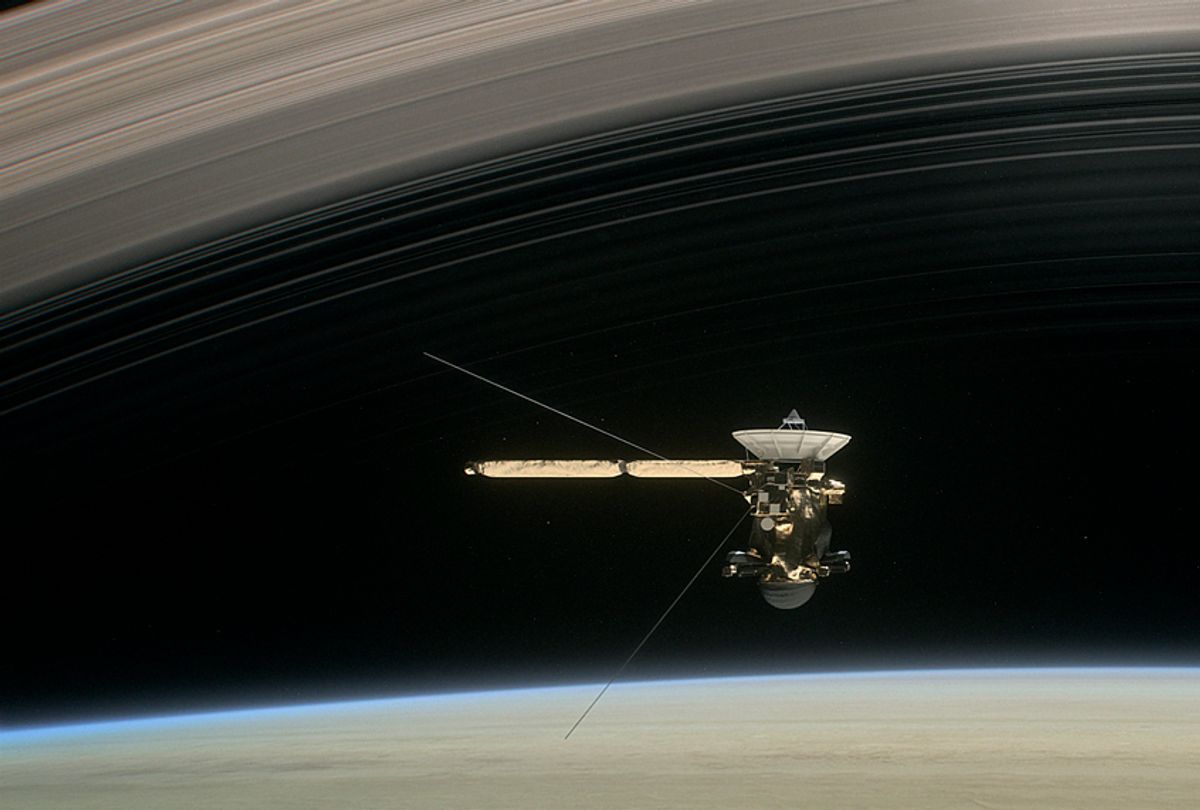 Cassini diving between Saturn and it's innermost ring. (AP/NASA)
--

The Cassini spacecraft, which has been successfully exploring Saturn for more than a decade, has completed its historic journey.

Cassini was designed to be the first human probe to orbit Saturn and was successfully launched in 1997, according to The Washington Post. After it started orbiting the planet in 2004, it bombarded NASA scientists with data, bringing about discoveries about the structures of Saturn's rings and revealing that two of Saturn's moons could support life, Titan and Enceladus.

"We’ve had an incredible 13-year journey around Saturn, returning data like a giant firehose, just flooding us with data," Linda Spilker, NASA scientist told the Associated Press, "Almost like we’ve taken a magnifying glass to the planet and the rings."

Even in its final moments, as it burned up in Saturn's atmosphere, Cassini continued to send data about the molecules which composed the gaseous giant. As Mike Watkins, the Director of NASA's Jet Propulsion Laboratory, told the Post, "Those last few seconds were our first taste of the atmosphere of Saturn. Who knows how many PhD theses are in that data?"

With those words, Cassini stopped being a current technological marvel and took its status as a milestone for the ages.