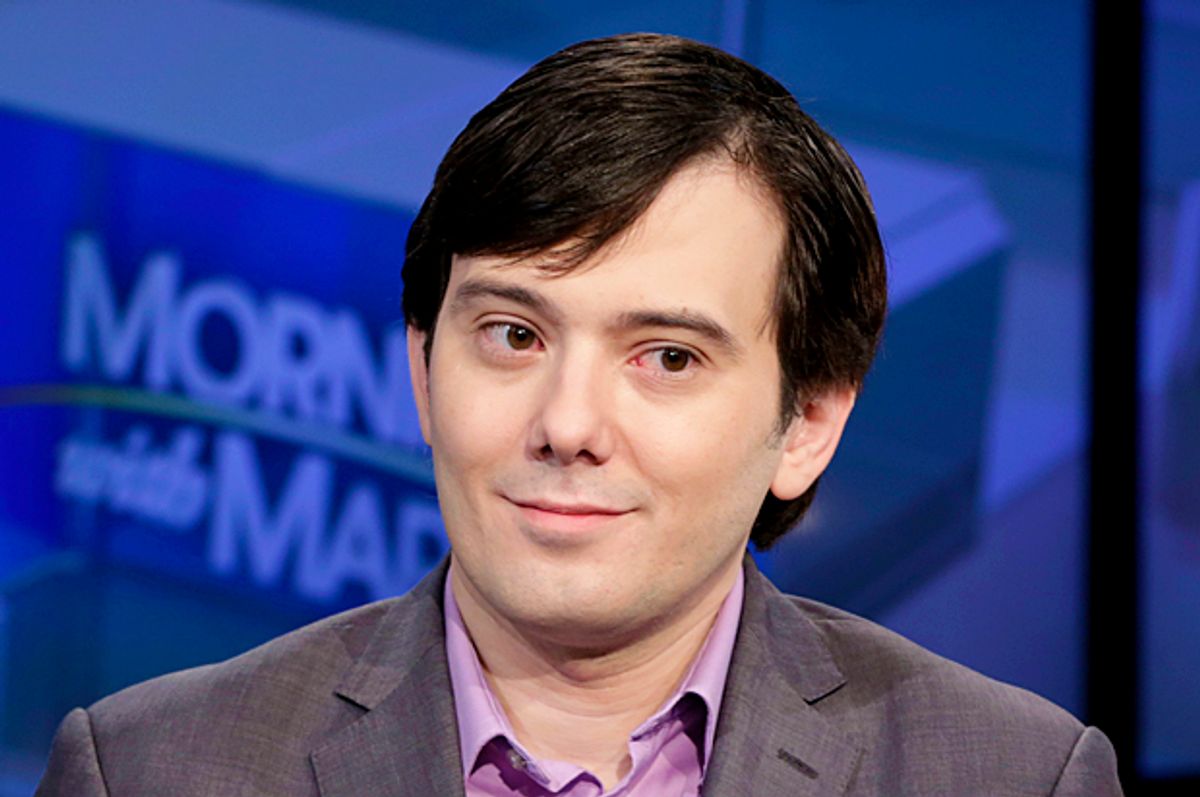 There has been a new wrinkle in the bizarre, convoluted relationship between so-called "Pharma Bro" Martin Shkreli and the legendary hip-hop group, the Wu-Tang Clan.

The infamous mogul, who is facing a prison sentence for securities fraud and was sent to prison earlier this week for asking Facebook followers to obtain a lock of Hillary Clinton's hair, famously/infamously purchased the sole copy of an album called "Once Upon a Time in Shaolin" in 2015 for $2 million.

It was the most money ever spent for a single album and gave Shkreli the right to do whatever he pleased with it, except sell it commercially (the Pharma Bro is now attempting to sell it on eBay) making him the envy of the hip-hop loving community.

Except maybe that envy was premature.

"It’s not an authorized Wu-Tang Clan album. It never was," said Domingo Neris, the manager of the rapper U-God, in an interview with Bloomberg. U-God is a core member of the Wu-Tang Clan, so his word carries considerable weight when determining if an album is official.

James Ellis, the manager of core Wu-Tang Clan member Method Man, also told Bloomberg that "when we did the verses, it was for a Cilvaringz album. How it became a Wu-Tang album from there? We have no knowledge of that."

If that's the case, then how was the album ever sold under the Wu-Tang Clan brand?

That depends on who you ask. Apparently a Moroccan producer known as Cilvaringz, whose real name is Tarik Azzougarh, developed the album with RZA, who is widely considered to be the unofficial leader of the Wu-Tang Clan.

According to Cilvaringz and RZA, when they were auctioning the album, they created it with the rest of the Wu-Tang Clan in order to restore the monetary value of music at a time when online downloading had rendered it much more difficult for artists to make a livings as musicians. They had each member record their parts individually, with only Cilvaringz and RZA hearing the whole thing at once, as part of a "very unique idea," according to RZA.

By contrast, Neris claimed that Cilvaringz simply cobbled together verses from Clan members who he recruited for his own projects without the permission of the entire group. As a member of the Clan's "extended family" Killa Sin told Bloomberg, "The way he presented it was it was going to be basically his album, and he wanted me to do some work for him."

Either way, if it turns out that the album was sold to Shkreli under false pretenses, it would be an appropriate comeuppance for a man who has long had a tempestuous relationship with members of the hip-hop group he claims to admire.

Last year a Wu-Tang Clan member, Ghostface Killah, responded to a demand by Shkreli that the group apologize for insulting him by criticizing the Pharmo Bro for hiking the price of Daraprim. The pill is used to combat toxoplasmosis in AIDS patients and pregnant women, but Shkreli increased its price from $13.50 to $750 per pill, sparking outrage throughout the world.

"People can't pay that much man. You a real killer man, you're a real killer. But you're a soft killer. Youse a clown," Ghostface Killah said in his video to Shkreli.

Apparently the "soft killer" may have been had himself.