Police say that the women were treated in a hospital, but did not call the attack terror related 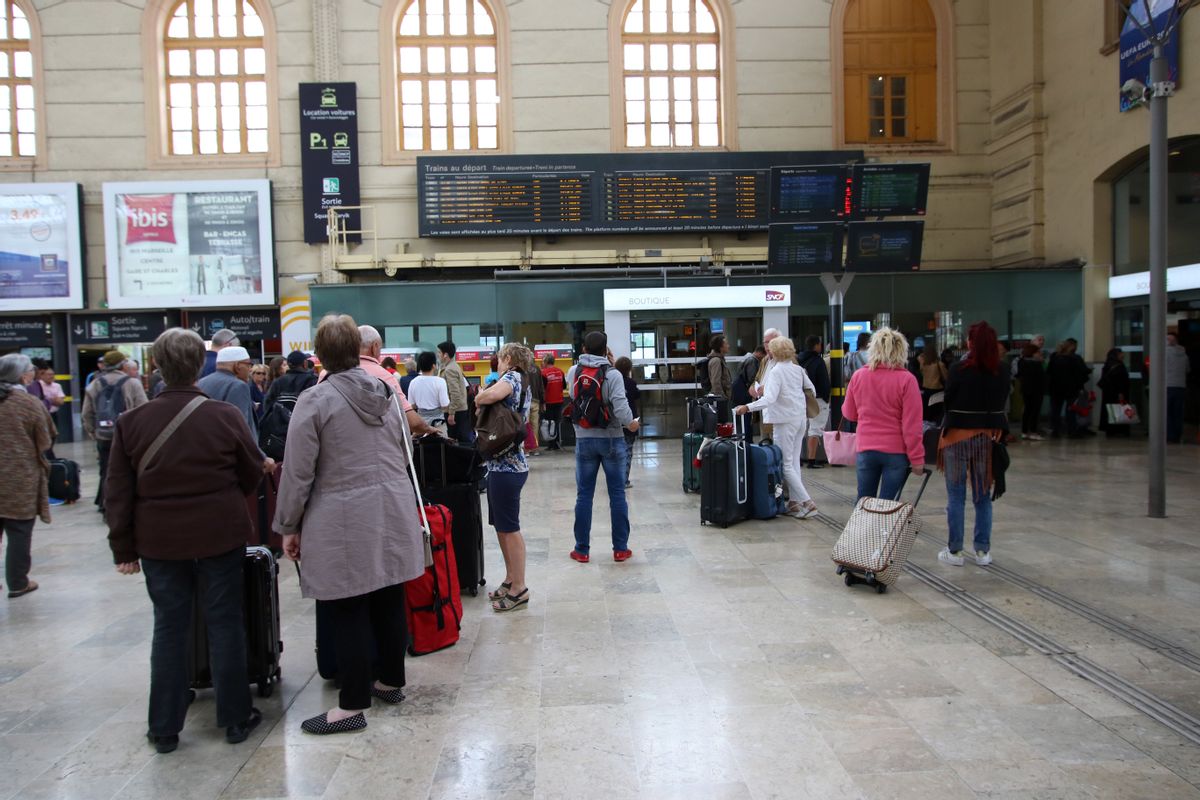 People wait to take a train, at the Saint-Charles railway station in Marseille. (AP Photo/Claude Paris)
--

Four American tourists were attacked with acid in southern France on Sunday, injuring at least two of them, the Associated Press reported.

They were attacked by a 41-year-old woman at a train station in Marseille. Two of the female victims suffered facial injuries and were taken to a local hospital. One women had been hit in the eye with the acid and had trouble seeing, according to The New York Times, first reported by France 3.

Marseille is a French city on the Mediterranean, but is closer to Barcelona than Paris.

Acid attacks, also known as acid throwing, has become a prevalent form of assault around the world. In July, a spate of acid attacks occurred in London, leaving several people severely injured. The Metropolitan Police  arrested a 16-year-old boy for suspicion of grievous bodily harm. London police said the number of reported attacks with corrosive liquids rose from 261 in 2015 to 454 in 2016.

"We will arrest people, we will enforce the law as we can, and we are working very closely with the (government) to try to see if there is any changes in the law required," she told LBC radio.