Sitting too long can kill you, and exercise won't help 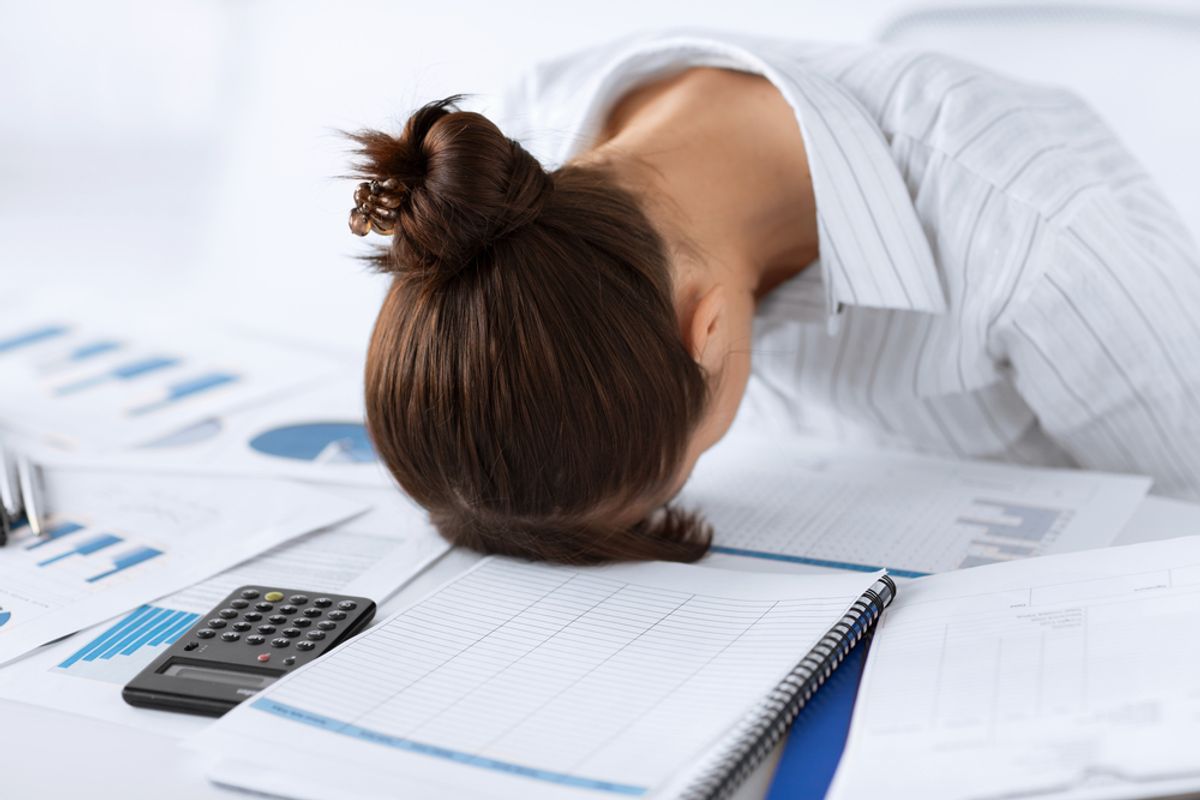 In 1960, approximately 50 percent of U.S. jobs required heavy to moderate physical activity. Today, that number stands at just 20 percent, meaning approximately 80 percent of jobs are almost wholly sedentary or demand minimal physical exertion. The vast majority of us spend the bulk of our workdays being mostly immobile, glued to our chairs and desks. That inactivity is part of why we’ve become one of the fattest nations in the world. Obesity is connected to a number of health risks, but there are far greater consequences to our stationary lives. A new study finds that regularly sitting for hours on end can ultimately lead to premature death, and those potentially lethal effects can’t be countered with frequent exercise.

Researchers from Columbia, NewYork-Presbyterian/Weill Cornell Medical Center looked at data collected from nearly 8,000 adults over the age of 45 from around the U.S. Using “hip-mounted activity monitors,” researchers were able to accurately gauge how long participants were active each day, versus the amount of time they spent seated. Over the course of four years, 340 study participants died. Columbia University researchers concluded that “those with the greatest amount of sedentary time—more than 13 hours per day—and who frequently had sedentary bouts of at least 60 to 90 consecutive minutes had a nearly twofold increase in death risk compared with those who had the least total sedentary time and the shortest sedentary bouts.” Researchers also determined that “those who frequently sat in stretches less than 30 minutes had a 55 percent lower risk of death compared to people who usually sat for more than 30 minutes at a stretch,” according to CNN. Too much sitting was directly related to “all-cause mortality”—that is, dying of any fatal cause—regardless of age, race, sex, body mass index or exercise habits.

This isn’t the first study to conclude that spending a lot of time seated is hazardous to your health. Previous studies have linked excessive sitting with ailments that run the gamut from merely annoying to lethal, including foggy brain, heart disease, colon, breast and endometrial cancer, walking impairment, and organ damage. These new findings suggest that not only is sitting bad in the cumulative long term, but the amount of uninterrupted sitting in any stretch could have deleterious effects.

"We found that there wasn't a threshold or cutoff where one's risk for death dramatically increased," Diaz told CNN. "To give you a specific number, those who sat for more than 13 hours per day had a two-fold (or 200 percent) greater risk of death compared to those who sat for less than about 11 hours per day."

There are still questions about why, but in an interview with CNN, Columbia University Medical Center scientist and study lead Keith Diaz suggested a possible negative correlation between inactivity and skeletal muscles, “which require fuel to operate and take in glucose from our blood.” The outlet points out that “when we’re inactive for extended periods, our body is continually exposed to higher blood glucose levels, which can lead to a host of health problems.”

Though the study needs additional research to be considered conclusive, it does offer insights on the way our contemporary lifestyles are bad for our well-being. Being chained to a desk all day, after spending hours sitting in a car or on public transport, then transitioning into a couch potato at night ups the ante for health consequences. Age is often directly related to the amount of inactivity, which means getting older requires greater vigilance about physical activity. What’s more, it’s less the sitting factor itself that concerns researchers than the inactivity issue. Asked by CNN if a standing desk might be the panacea to what ails office workers, Diaz suggests it’s not that easy.

“[T]here is limited evidence to suggest that standing is a healthier alternative to sitting," he told CNN, emphasizing that breaks must incorporate movement.

Diaz and his team suggest that while there’s useful information to extrapolate from the new study and its predecessors, vague ideas about how to apply those lessons only go so far. “This would be like telling someone to just exercise without telling them how."

"We think a more specific guideline could read something like, 'For every 30 consecutive minutes of sitting, stand up and move/walk for five minutes at a brisk pace to reduce the health risks from sitting,'" Diaz told CNN, noting the newest findings bring “us a step closer to such guidelines.”