As millions are without power, details emerge about how things could have been different 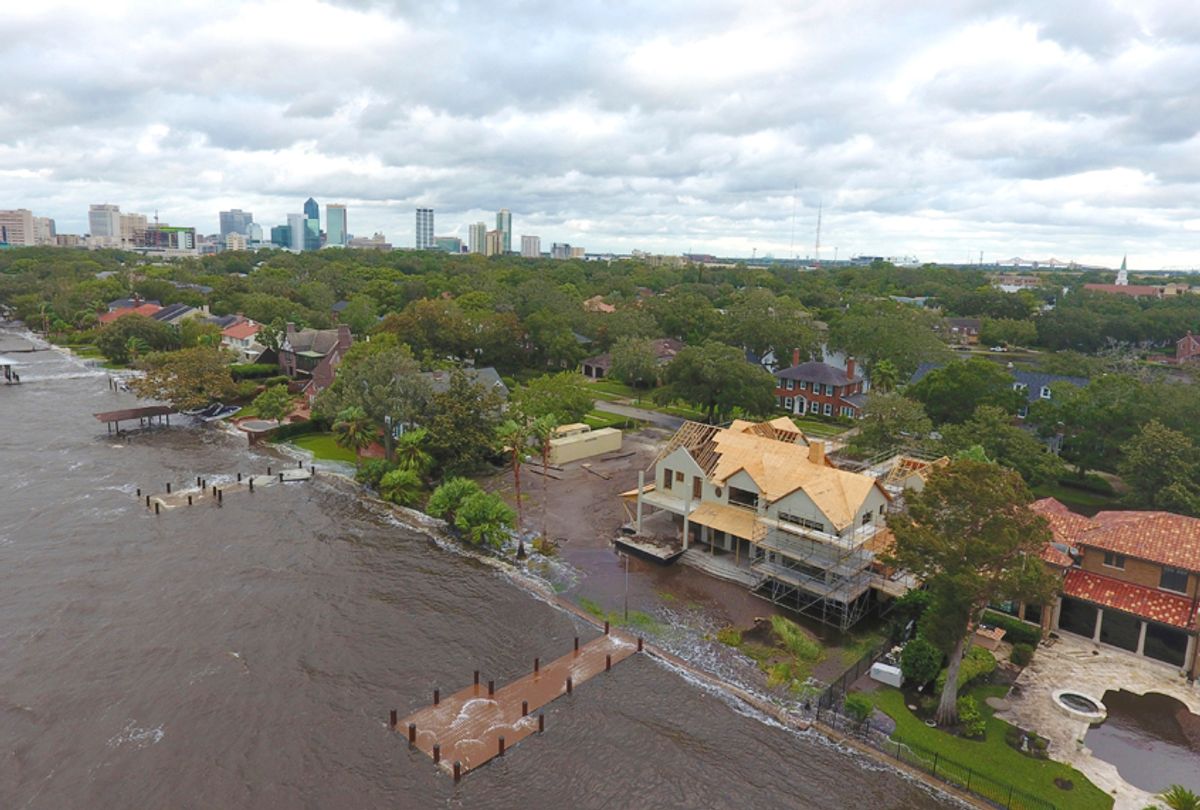 UPDATE: A spokesperson for Florida Power & Light Co. contacted Salon to correct information in the article below. He referred Salon to a Snopes.com article, which confirmed that Florida does not require people with solar panels to connect to the grid and that Florida rules regarding solar operation during a grid outage are based on standard safety practices – not the result of any recent legislation. Nationwide, solar panels are generally required to disconnect from the grid when the grid is down to prevent line workers from being electrocuted while restoring power. If solar panels are equipped with the right equipment such as a battery system, they can operate safely even while the grid is down in Florida. Also, FPL does not require its customers with solar panels to install a manual disconnect switch as long as they have a common U.L. 1741 inverter.

As of Sunday afternoon, some 7.7 percent of the company's accounts were without power, according to The Palm Beach Post, amounting to roughly 375,900 accounts out of a total of 4.9 million.

And, in the wake of Hurricane Irma, the company is facing some added criticisms for its business practice. The company has lobbied hard to restrict Floridians' access to solar panels, meaning that Floridians who had installed them could have had power back much sooner. Here's how the Miami Herald described FPL's desire to tamp down on solar panels back in April:

Florida’s largest utility was so intent on influencing the implementation of a constitutional amendment expanding solar installation in Florida, it drafted legislation designed to create new requirements for homeowners and businesses that install rooftop solar and sent it to the legislator who was authoring the language.

The proposal, HB 1351 by Rep. Ray Rodrigues, which was passed Wednesday by the House Ways and Means Committee, contains sections that include verbatim language supplied by Florida Power & Light.

The new rules put into place, thanks in large part to FPL lobbying, legally requires Floridians who wish to use solar panels to connect them to their local electricity grids. If the power goes out in a given area, Floridians who use solar-powered systems must power down, along with the rest of the grid. Even though FPL is allowed to disconnect residents' panels from their electricity grids without warning, FPL customers are not permitted to keep their own panels going, with a mandatory switch that allows FPL to disconnect solar panels.

"Renewable generator systems connected to the grid without batteries are not a standby power source during an FPL outage. The system must shut down when FPL's grid shuts down in order to prevent dangerous back feed on FPL's grid. This is required to protect FPL employees who may be working on the grid," explained the company's solar connection rules.