Kellyanne Conway doesn't like the Emmys, but likes how Kate McKinnon played her 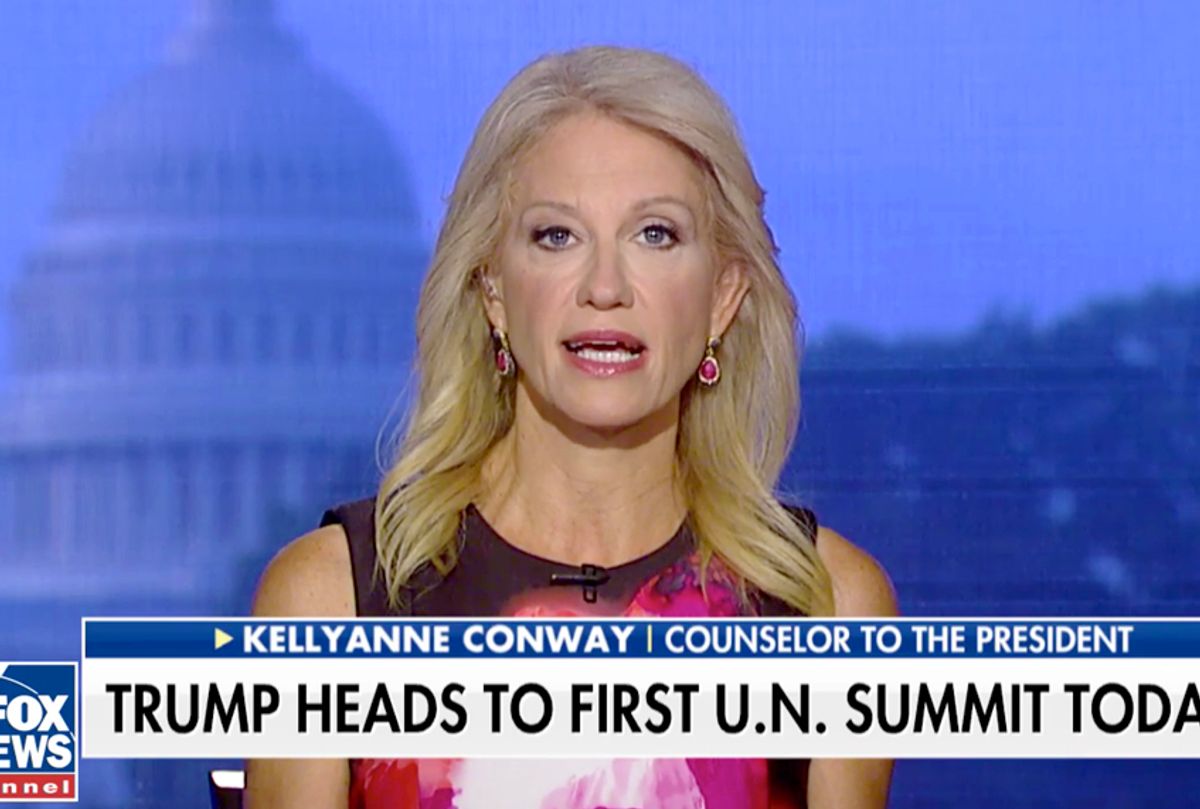 Kellyanne Conway, counselor to President Donald Trump, transitioned quite abruptly from bashing the Emmy Awards for criticizing her boss to praising them when they were relatively favorable to members of his administration.

In an interview with "Fox & Friends" Monday, Conway lambasted the Television Academy for taking a number of potshots at the president, claiming that Americans were less interested in entertainment that had been "politicized."

Despite her criticisms, Conway had a few positive remarks about Sunday night's ceremony — namely that Kate McKinnon played her really well.

"It had to be much more fun to play me," Conway said, after saying she was "happy" that the "Saturday Night Live" star won an Emmy for her portrayal of Hillary Clinton. And even though the event's "ratings are suffering," McKinnon knew enough to applaud Sean Spicer for being a "man of good humor," with his cameo poking fun at his lies.

Instead, "they all got plucked and polished and waxed, and some of them didn't eat for two months, and all for what? To sound the same?"

Later during the interview, Conway was asked by Steve Doocy whether Trump would congratulate Alec Baldwin for winning an Emmy over his scathing impersonation of Trump on "Saturday Night Live."

"Let me predict the future . . . No," Conway shot back. "And he probably barely noticed. He's addressing the United Nations General Assembly today. There are a lot of things on the president of the United States' docket — North Korea, Iran, Syria, Venezuela, health care reform, the border wall. He's a busy guy."

Of course, despite Conway insisting that Trump didn't care about the Emmys Sunday night, that claim is a little difficult to believe. After all, it was less than a year ago that Trump proclaimed "I should've gotten" an Emmy for his work hosting "The Apprentice," after Clinton cited his years of bemoaning the "rigged" process as proof of his temperamental unfitness for office.