Morrissey joins Twitter: Can his suffering fit into 140 characters?

Because you asked for it, the storied singer brings his anti-Monarchist truculence to the social media platform. 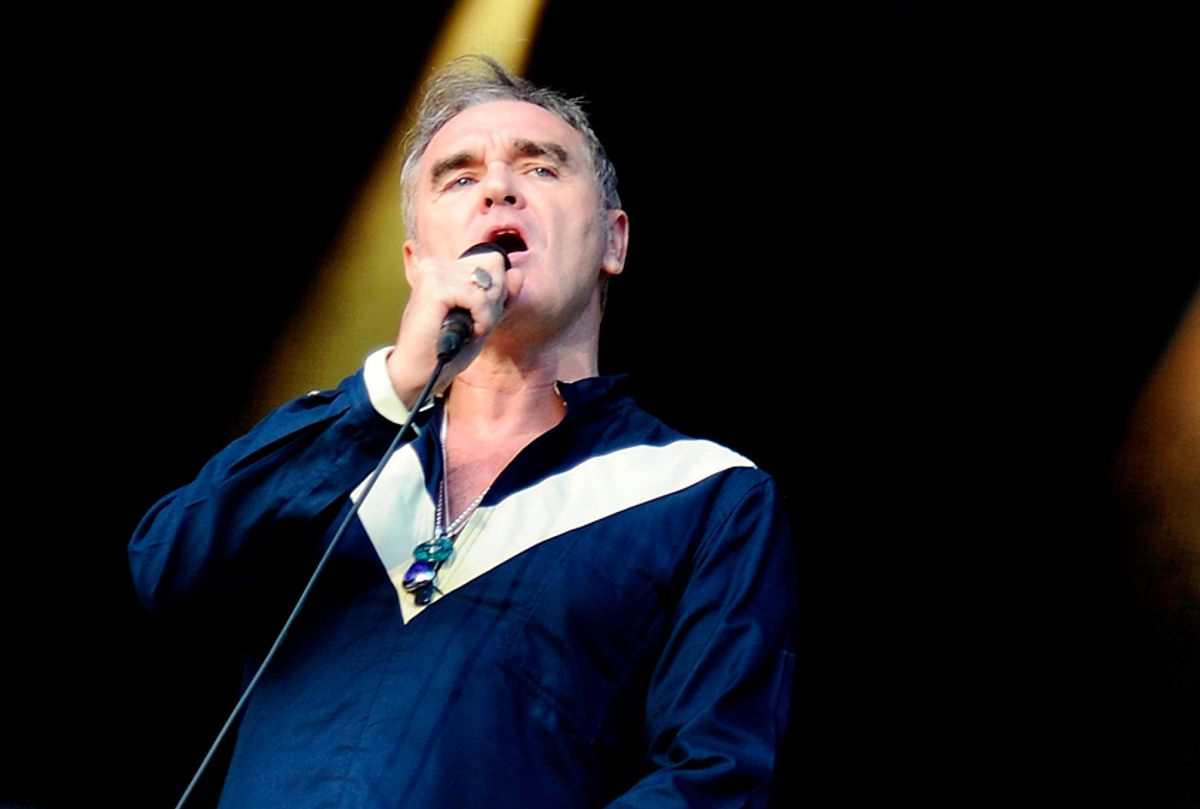 Morrissey, the British singer who has objectively suffered more than any single person living or dead, joined the social-media platform Twitter today.

Given his strong views on the British monarchy, politics, immigration, race, animal rights, President Donald Trump, late-night hosts, terrorism, the United States, crowdfunding, personal rights, currency, Brexit, the recording industry, other musicians and the general embarrassment he considers the human race to be, his new digital platform should prove to be a gift to one and all (particularly those in the hot-take industry).

Crucially, the move to Twitter should allow the man born as Steven Patrick Morrissey a much larger, much more robust opportunity to both reach his wide diaspora of dedicated fans and to douse the world in his particular brand of flaming lighter fluid. Up until this point, the Moz has primarily used offhand comments to the music press and essays on the fansite True to You to get his message out and remind us all that he is a modern-day bodhisattva who has taken on the world's pain for our benefit. His output there has been irregular and infrequent.

The 58-year-old singer's adoption of the still relatively new social-media technology comes at a convenient time for him. Currently, he is still promoting his tasty autobiography and gearing up for the November release of his latest album "Low In High School." As well, many of the particular issues the former frontman of The Smiths truly cares about are dominating headlines both in Britain and abroad. The European Union (which he hates) is still struggling with Brexit (which he supported), Trump (who he despises) is moving against immigrants (who he alternately loves and derides) and Queen Elizabeth still lives (much to his chagrin). It should also help ticket buyers know his next inevitable cancellation of an ongoing or announced tour.

Can Morrissey translate his infinite and immutable sufferings into the 140-character-or-less format?