As Hurricane Maria drenches the island, winds and flooding take down the electric grid 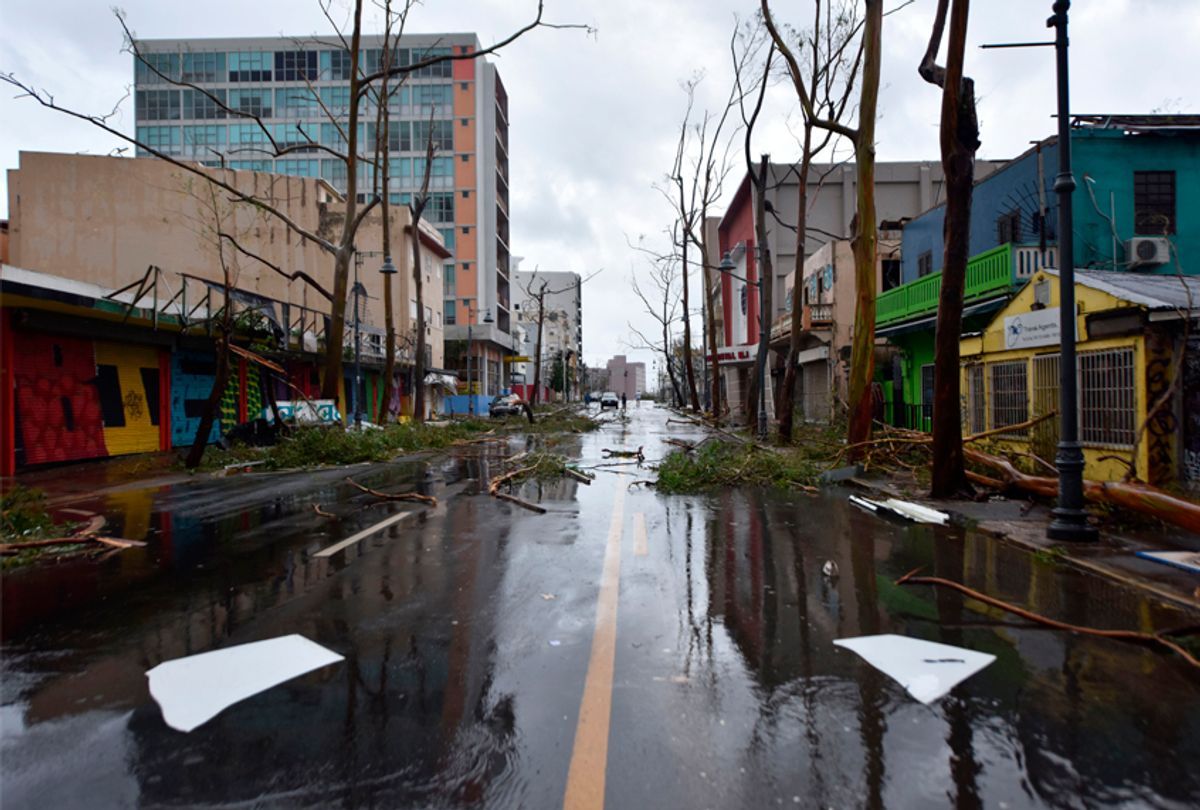 As a category 4 hurricane battered Puerto Rico on Wednesday, residents suffered a total collapse of the electric grid as the island experienced major flooding and intense winds. Hurricane Maria struck the U.S. territory a mere two weeks since it had been grazed by Hurricane Irma, which Bloomberg estimated to have caused $1 billion worth of damage.

Hurricane Maria's path over the island was more direct than Irma's, however. “No generation has seen a hurricane like [Maria] since San Felipe II in 1928,” Puerto Rico’s governor, Ricardo Rosselló, said in a press release.

“When we can get outside — we will find our island destroyed," Abner Gomez, the island’s emergency management director, was quoted as saying in the Washington Post.

In addition to the blackout, National Weather Service meteorologist Carlos Anselmi was quoted in the New York Times as saying that there had been “multiple reports . . .  of coastal flooding along the south, north and east of Puerto Rico.”

The governor of Puerto Rico instituted a curfew across the island from 6 p.m. to 6 a.m., which was to last until Sunday, according to the Times.

Though the brunt of the intense winds have passed, the hurricane’s rain bands will continue to sweep over the island; an estimated two feet of rain is expected to drench the island between now and Friday, according to forecasters quoted in the New York Times. The storm had weakened prior to lashing Puerto Rico, but only slightly: Hurricane Maria was considered a category 5 storm only hours prior, when it made landfall at the U.S. Virgin Islands. By the time it hit Puerto Rico, it was a category 4, with wind speeds as high as 155 miles per hour.