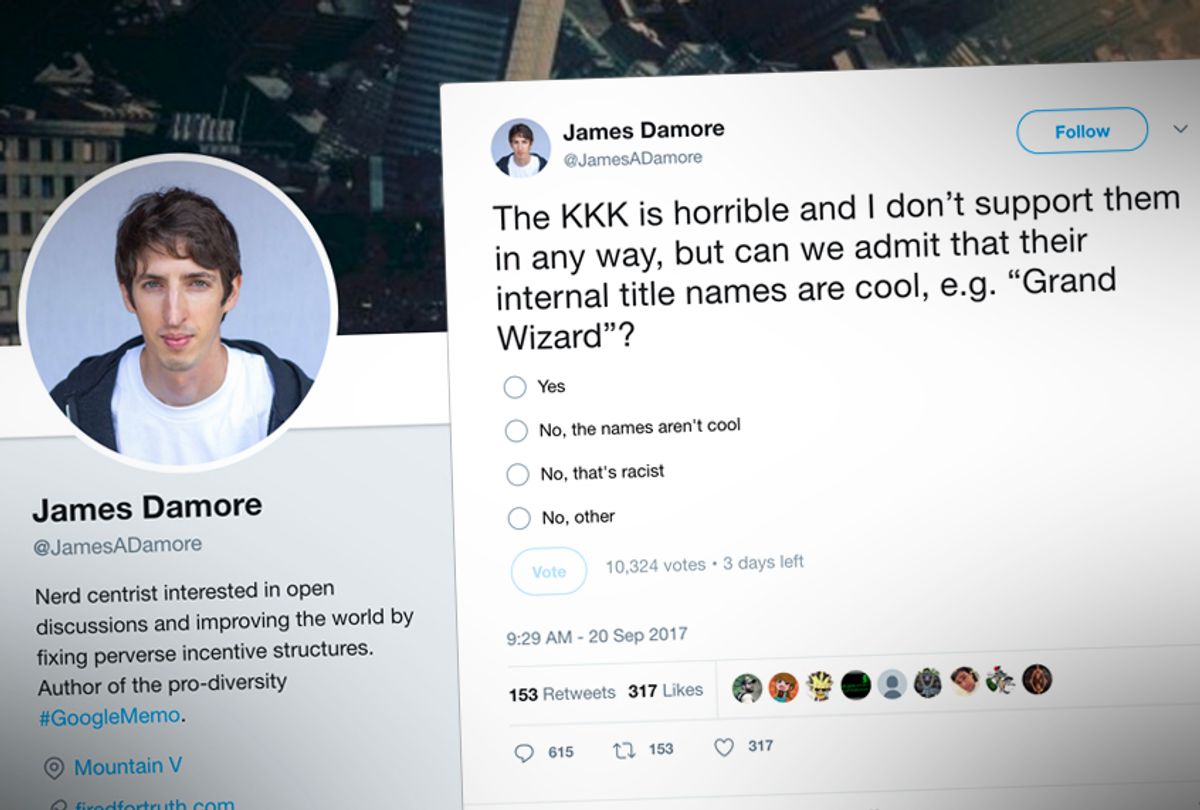 Everyone’s favorite fired Google employee is yet again sparking outrage with one of his ridiculously hot takes. Instead of arguing that women have been simply locked out of tech because of “biological differences,” as he suggested in the leaked memo that got him fired from Google last month, James Damore has decided to take up a peculiar defense of America’s most infamous white supremacists.

Damore, who has become a right-wing darling since loudly proclaiming he was unjustly fired for speaking the truth, tweeted this trick question on Wednesday in an apparent quest to "acknowledge any positive aspect" of the Klu Klux Klan:

Continuing his pattern of innocently asking questions political correctness has prevented tech nerds from asking, the fired Google engineer went on to argue that the angry responses that were piling up in response to his poll only helped to push fans of the role-playing game Dungeons & Dragons into the arms of the KKK’s Grand Wizard. In other words, an unwillingness to admit that the Nazis had cool uniforms and medals is why Trump won.

After essentially asking Twitter for permission to go full on white supremacist, Damore got the attention he so desperately wished for, including a basic history lesson from a parody account of celebrity scientist Neil DeGrasse Tyson. Of course, plenty of people are aware that some of the most popular television shows and movies and board games use the term wizards without advocating racial genocide.

How could Google have let such Genius go?