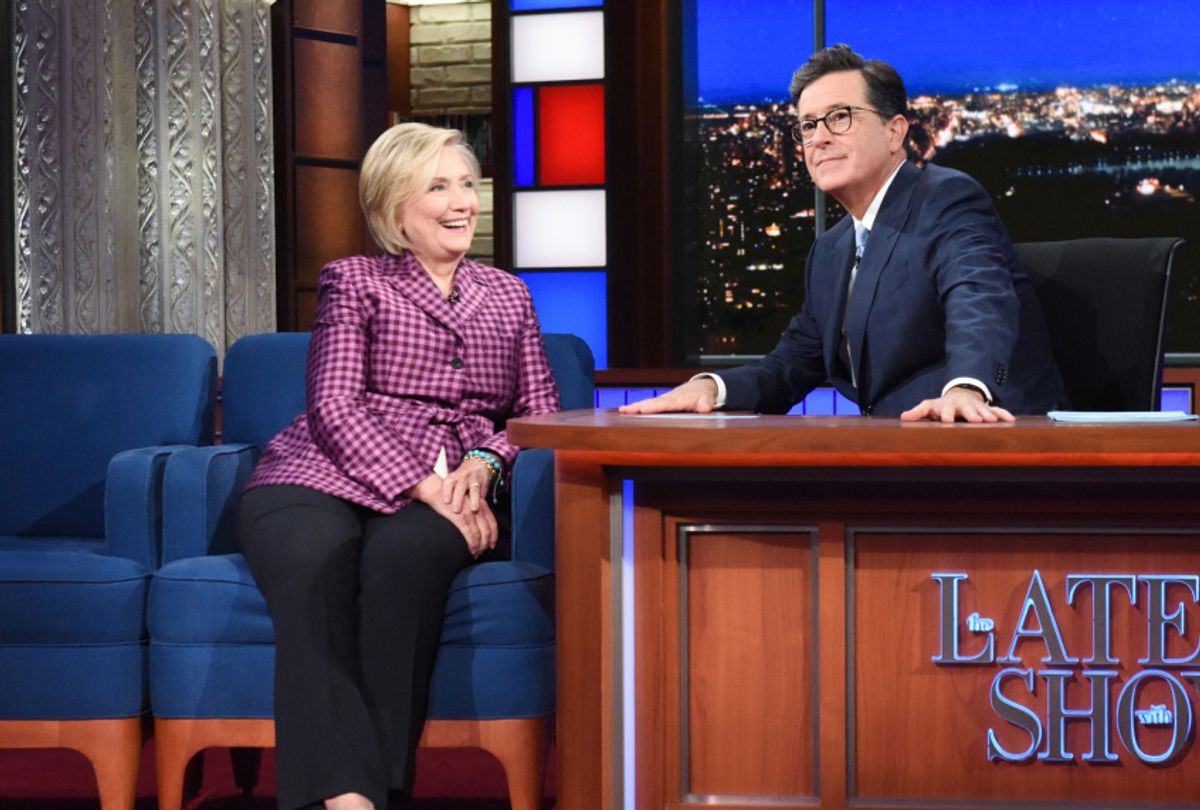 Though the electoral college cost her the presidency back in November, Hillary Clinton refuses to fade away (much to the chagrin of many). On Tuesday night, she landed on CBS’s "The Late Show with Stephen Colbert" to discuss her new book, “What Happened,” her election loss and Donald Trump’s speech to the United Nations.

"I thought it was very dark, dangerous, not the kind of message that the leader of the greatest nation in the world should be delivering," Clinton said of the speech. She went on to describe what she would have preferred to hear — diplomacy and poise in place of threats and name-calling.

"You are required to stand up for the values of what we believe in: democracy and opportunity," she said, explaining that the president should have “call[ed] on all nations to work with us to try to end the threat posed by Kim Jong-un — and not call him 'Rocket Man.'"

During the same interview, she discussed the possibility of contesting the results of the 2016 election, the role Russia may have played in it and her thoughts about pursuing America's highest elected office again.

While her statements on Trump and her proposed approach to the UN speech were all well thought out and on point — excluding any inflammatory rhetoric that Trump seems to subsist on — they did little to address the ongoing concerns surrounding her recent reemergence into public life. Clinton has been criticized by Republicans and Democrats alike for claiming insufficient responsibility for her election loss. Yes, sexism and fake news certainly played a role, but one could argue that much of the adversity toward Clinton stemmed from her steadfast role in the mainstream political establishment and how she largely failed to address that criticism.

She can continue to discuss "what happened" and criticize Trump's very-criticizable conduct, but it's unlikely to do much for her own popularity — regardless of whether or not Americans now wish she held the presidency.