In "A Beautiful Ghetto," Devin Allen shoots from the heart 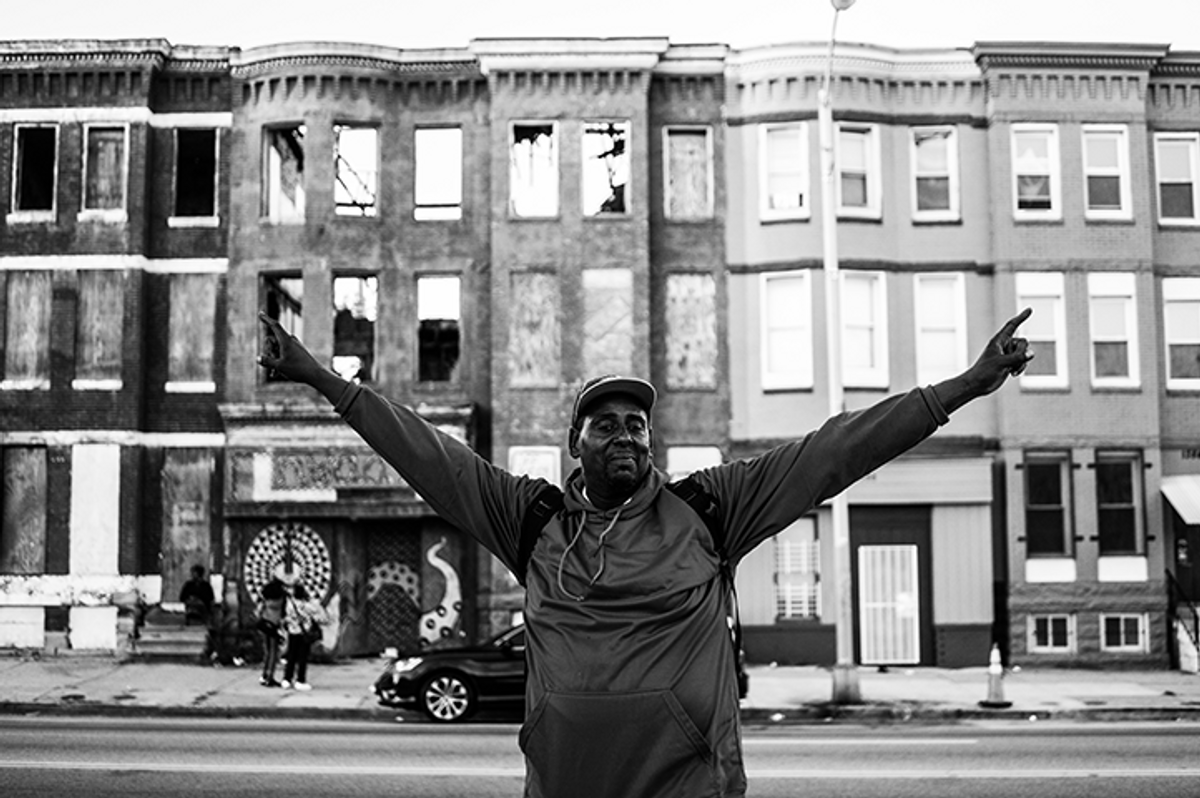 Devin Allen almost didn’t happen. His two best friends were murdered shortly after he borrowed enough money from his grandma to buy his first camera. If it wasn’t for photography, he’s sure that he would’ve been with them at the time of their deaths.

Most know Devin Allen as the young, self-trained photographer from West Baltimore whose photo landed on the cover of Time magazine during the Baltimore Uprising. Freddie Gray, an unarmed 25-year-old black man, was stopped by a few rogue Baltimore city police officers in 2015. They had no legal reason for apprehending Gray, and he eventually died in their custody, which sparked unrest and protest across the city.

Frustrated with the poor media coverage surrounding the event, Allen took to the streets in an effort to control the narrative. His Instagram images went viral, and Allen became known as one of the most talented photographers in the country. Those images have taken Allen around the world — he’s lectured at Brown University and has had multiple shows featuring his work in cities like New York and Philadelphia and overseas in Italy.

Last week Allen took a break from his busy schedule to sit down with me in Salon's studio to talk about his new book, "A Beautiful Ghetto," and share the secrets of his method.

“I notice that other photographers just hold the shutter down, but when I go out, it’s not that I’m looking for a shot, but I shoot from my heart, the connection, the emotion,” said Allen. “That’s what I’m trying to capture.”

For more of our conversation about his journey and how art saved his life — and can do the same for others — watch our full "Salon Talks" conversation on Facebook.

Allen's photo exhibit, "A Beautiful Ghetto," is on view through November 18 at The Gordon Parks Foundation exhibition space in Pleasantville, NY.