After an English school ran an ad mocking the first lady's language skills, she initiated the Streisand Effect 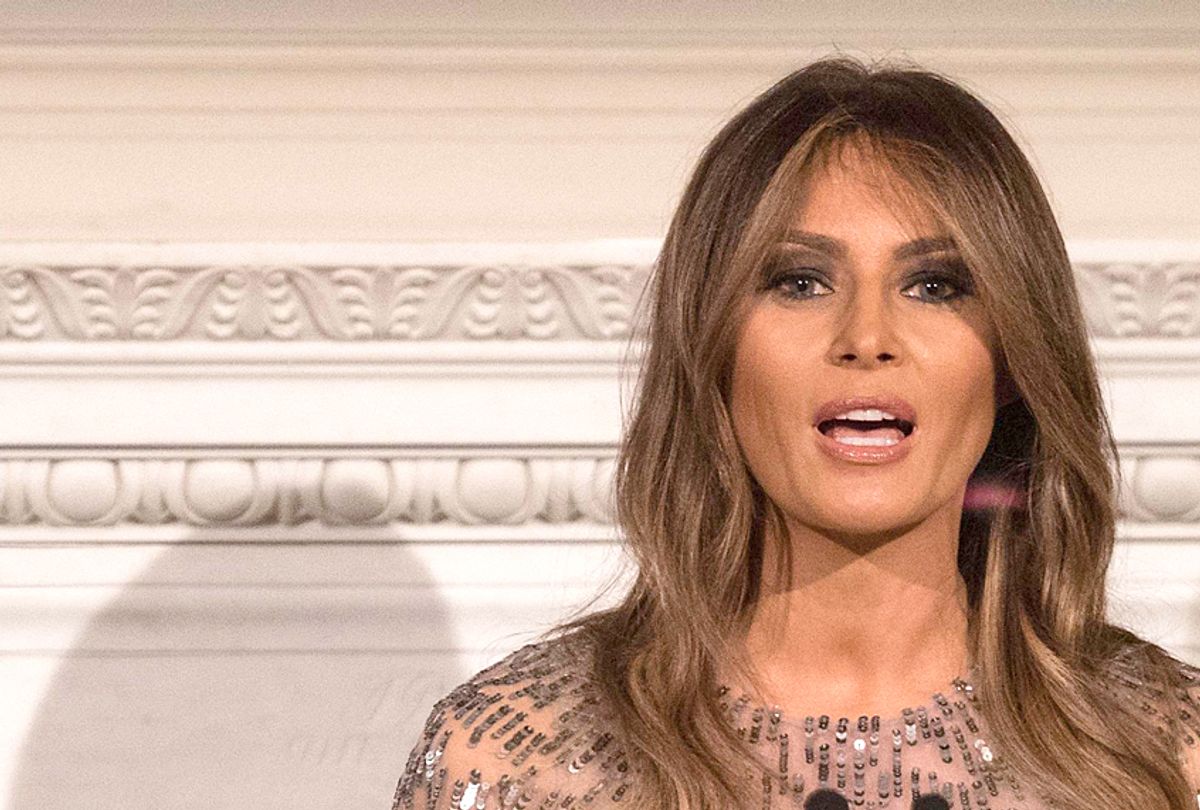 Did you know that a school in Zagreb, Croatia ran a billboard mocking First Lady Melania Trump's command of the language? This writer did not. Now, thanks to her, we all do. Good job.

According to ABC News, the American Institute, a school in Croatia's capital city, has removed several billboards advertising an English class featuring the first lady's image after her personal attorney threatened it with legal action. On top of a glamorous photo of Melania Trump and an American flag, the billboards say: "Just imagine how far you can go with a little bit of English" — a fairly sick burn.

While a spokesperson for the school told the Associated Press that the advertising campaign was "very successful" (as it should have been), she also said, "We are very sorry that the billboards were misunderstood as something intended to mock the U.S. first lady." Right. "It was meant to be something positive," she said, "to show her as a role model." Okay.

The first lady's attorney, Nataša Pirc-Musar, told the AP, "I'm satisfied with the fact that the school admitted that they violated the law and that they are ready to remove the billboards and (Facebook) ads." Satisfied, but also not satisfied, she added "We are still analyzing possible further legal steps."

The first lady's command of the English language has been unfairly derided by critics on both the left and the far right. While she is clearly fluent to a decent, though not great, extent, her thick Slovenian accent and general reticence to talk to the media have compounded the perception that the wife of our nativist commander in chief is exactly the kind of non-assimilated immigrant so many of his supporters demean.

Again, given that the first lady lived in her native Slovenia — which borders Croatia — until her late teens and only immigrated to the U.S. in her mid-20s, it is perhaps xenophobic to criticize her English skills. Nonetheless, that was some tight trolling by the Institute.