Tom Price spent $25,000 in tax dollars to fly from Philadelphia to D.C. 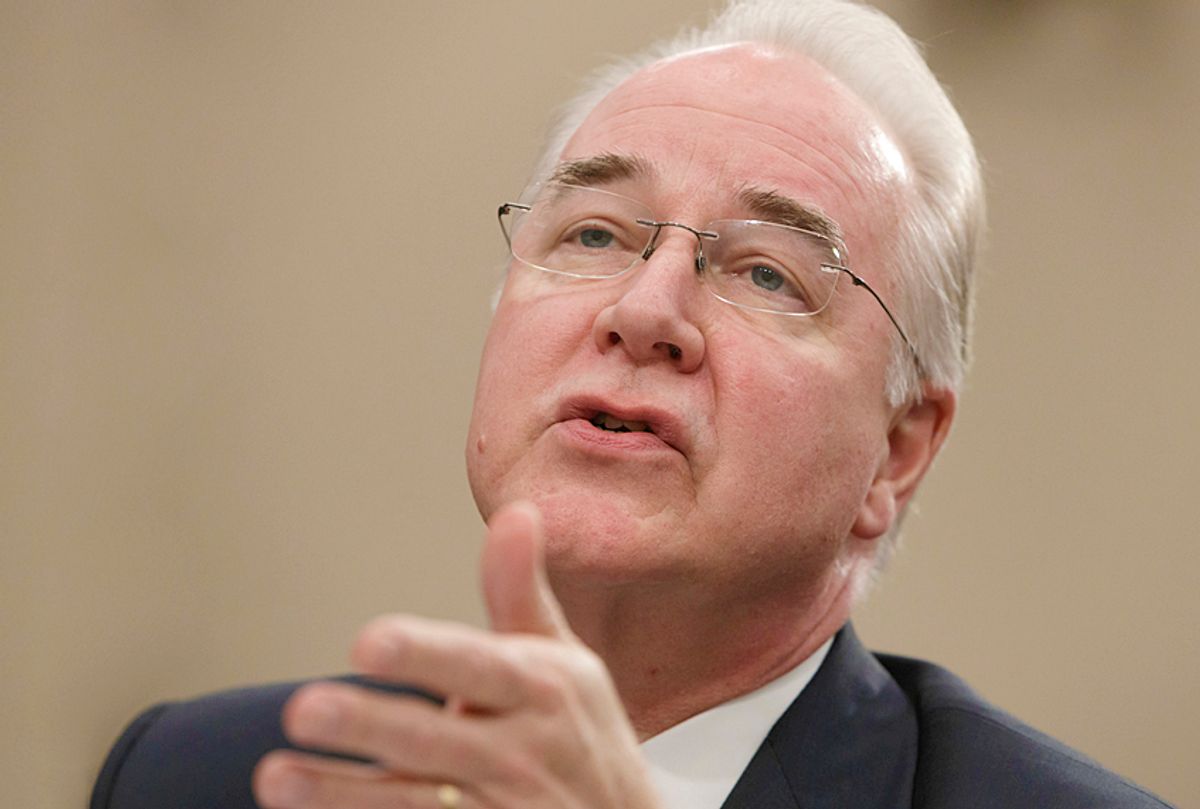 President Donald Trump's Secretary of Health and Human Services, Tom Price, is facing intense criticism due to the revelation that he used private jets on at least five occasions for official business, adding tens of thousands of dollars in expenses for American taxpayers in the process.

An HHS spokesperson defended the use of the private jets to Politico, stating that "when commercial aircraft cannot reasonably accommodate travel requirements, charter aircraft can be used for official travel."

On one occasion, Price took a charter flight from the Washington-area Dulles International Airport to Philadelphia International Airport, costing taxpayers roughly $25,000. A flight on United Airlines was leaving at roughly the same time and would have cost only $447 to $725 per person, Politico noted. There were also four Amtrak trains that Price could have taken, which would have gotten him to Philadelphia on time; the cheapest train could cost $72 in advance. And, of course, he could have driven the 125-mile trip, taking about 2 1/2 hours, according to Politico.

Price isn't alone among Trump cabinet members dealing with transportation-related controversies. Secretary of the Treasury Steve Mnuchin has been accused by an ethics watchdog group of taking a government jet to watch the solar eclipse with his new wife, F-movie actress Louise Linton, and was heavily criticized for requesting the use of a government jet for their honeymoon.