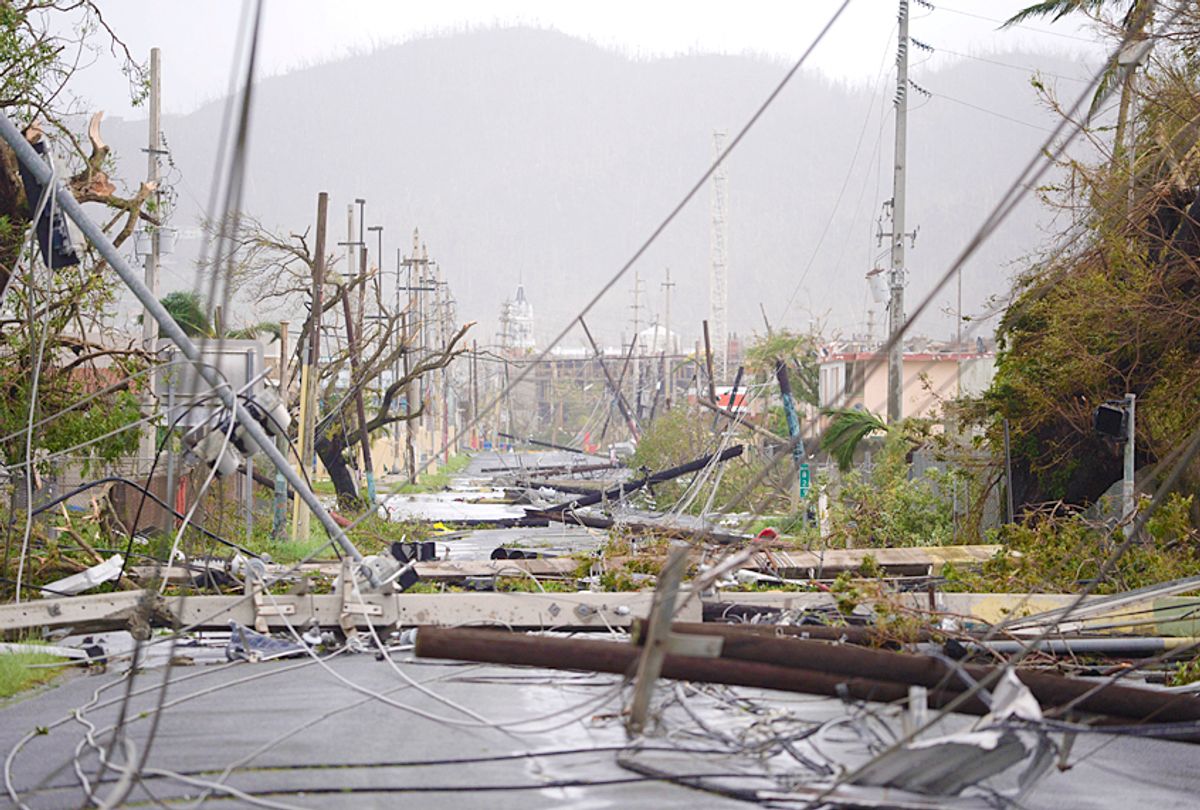 Hurricane Maria has devastated the American commonwealth of Puerto Rico, leaving the Caribbean island without power and compelling Governor Ricardo Rosselló to declare a Wednesday-to-Saturday curfew from 6 p.m. to 6 a.m., according to The Guardian.

After passing over Puerto Rico, Hurricane Maria was downgraded from a Category 4 storm to a Category 2 storm, although the National Hurricane Service warns that it could strengthen again.

The sheer magnitude of Hurricane Maria's impact on Puerto Rico can be difficult to comprehend, although these video clips (including San Juan Mayor Carmen Yulín Cruz choking back tears as she contemplated how her city will never be the same) and pictures taken from Twitter do give an idea.

President Donald Trump promised on Thursday to visit Puerto Rico, which he acknowledged has been "absolutely obliterated" by Hurricane Maria, according to Politico.

"Puerto Rico is in very, very tough shape. Their electrical grid is destroyed. It wasn't in good shape to start off with, but their electrical grid is totally destroyed, and so many other things," Trump told reporters prior to a United Nations meeting with Ukrainian President Petro Poroshenko. "All you have to do is read or turn on the television and you'll see a place that was practically leveled. It's incredible, the power of that wind. That was a very unique — not for many decades has a storm hit a piece of land like that."

But despite the strong chance that global warming played a factor in the series of historic hurricanes seen in 2017, there is no indication that Trump has reevaluated his global warming denialism.