For Mitch McConnell, it's the beginning of the end 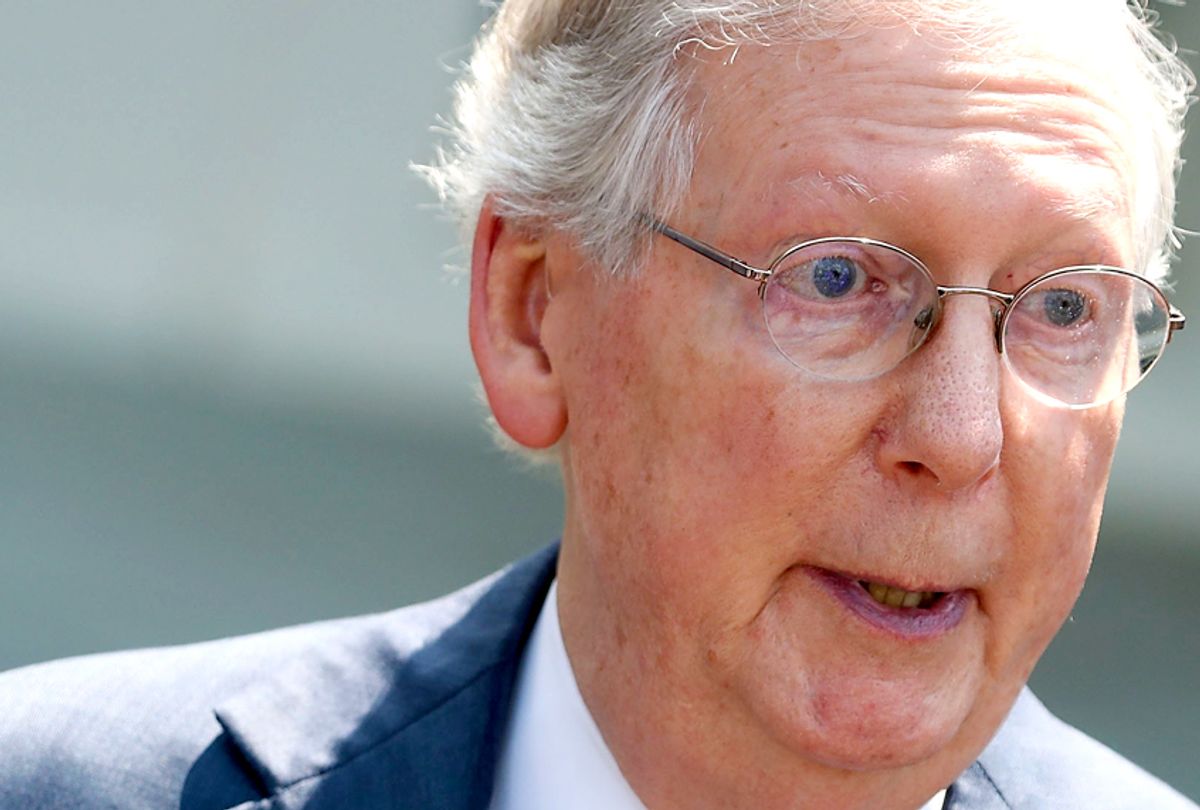 Senate Majority Leader Mitch McConnell, who once infamously professed hope that he could reduce President Barack Obama to a "one-term president," is now seeing his own place in history left in shambles.

In this week alone, McConnell has seen Sen. Luther Strange of Alabama — an incumbent for whom he took considerable flak in endorsing for reelection in the Republican primaries — suffer a humiliating defeat, according to Axios. McConnell's latest effort to repeal Obamacare also met an inglorious end, as the Senate majority leader's inability to wrangle enough Republican Senators behind the controversial measure forced him to pull it before it could even appear for a vote.

Not surprisingly, McConnell's approval rating in Kentucky stands at an abysmal 18 percent, reducing him to the status of one of America's least popular politicians.

One person who has noticed McConnell's falling political stock and taken advantage of it (at least when it comes to raising his own spirits) is President Donald Trump. According to a separate report in Axios, McConnell has turned into a rhetorical punching bag:

Trump's ire with McConnell can be traced to the president's dissatisfaction with being taken down by McConnell's own defeats. Although the winner of Alabama's GOP Senate primary, Roy Moore, was much closer to Trump ideologically than Strange, Trump chose to back Strange in part because of McConnell's preference for the incumbent candidate. Similarly, Trump has been publicly vocal in blaming McConnell for Republican's inability to repeal Obamacare.