Conservatives' newfound concern for civil liberties applies only to one man, not immigrants or government employees 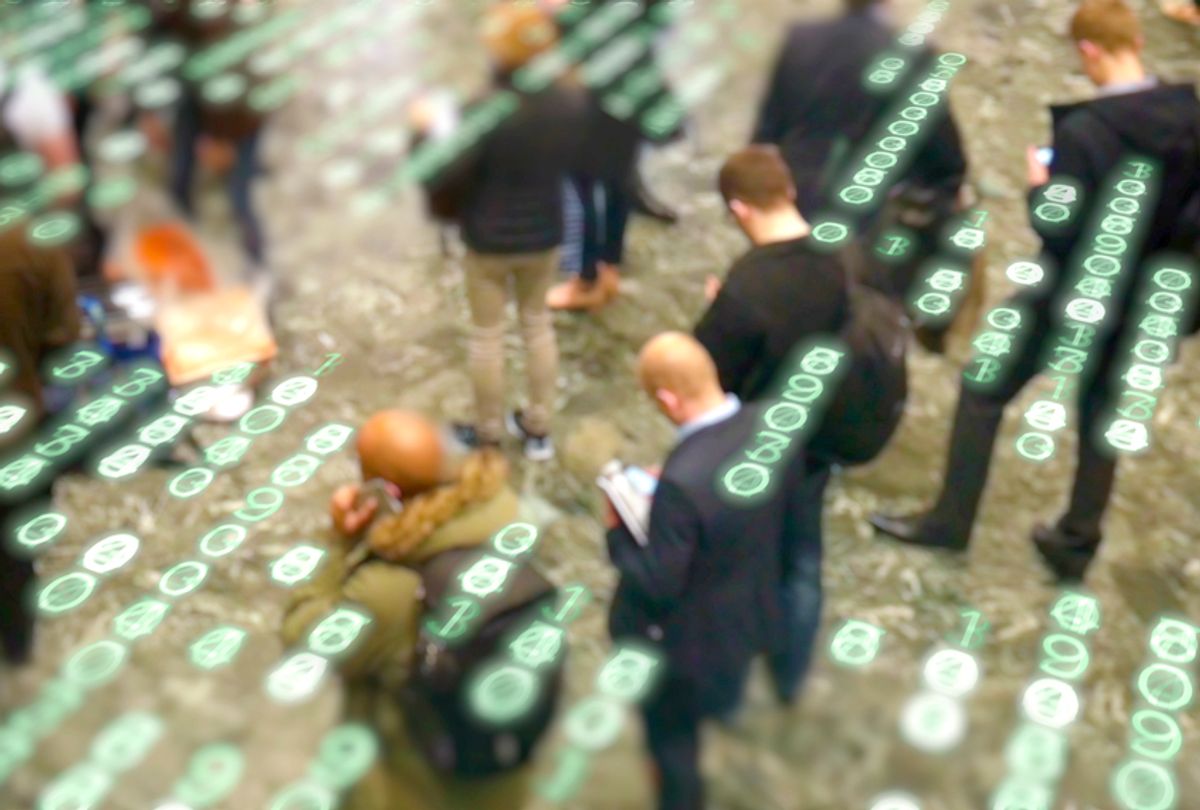 Facebook
Twitter
Reddit
Email
One of the more laughable right-wing turnarounds in the era of Donald Trump has been conservatives' recently discovered concern for civil liberties. Where once they blindly defended the U.S. intelligence agencies as patriotic bulwarks against all threats foreign and domestic, the investigations into their Dear Leader have them sounding like card-carrying members of the ACLU.

It's nice that they are finally concerned with the powerful institutions that operate in the dark, but it's just a little bit curious that they only acknowledged a right to privacy when it affected a wealthy and powerful Republican who is suspected of colluding with a foreign government to tilt an election in his favor. When the so-called Deep State was revealed to have been collecting vast amounts of the private communications of average citizens with no due process, they were all for it.

So was Donald Trump, come to think of it. During the campaign, he stunned the nation with a proposal to require every Muslim to register with the government. He followed that up with the idea of creating a national Muslim database which he described as "good management." When asked by a reporter what the difference between a registry for Muslims and the registry for Jews under Nazi Germany would be, he replied, "You tell me."

During the Republican primary Trump endorsed mass surveillance of American citizens.  Questioned about whether the provisions of the Patriot Act allowing for bulk data collection should be restored, he said, "As far as I'm concerned, that would be fine." As he explained to radio host Hugh Hewitt:

During the campaign there were reports of Trump eavesdropping on guests at Mar-a-Lago and rumors that his staff at Trump Tower assumed their offices were bugged. So perhaps his belief that people are always listening to his conversations was yet another projection of his own behavior.

In any case, there is no aspect of Trump's history that would lead anyone to believe that he has even the slightest concern about civil liberties.

Nonetheless, because the press has been receiving leaks from throughout the government about Russian interference in the election, along with every other detail about the inner workings of this White House, Trump's supporters have been frantically clutching their pearls about the excesses of the Deep State. It's true that some of that leaked information has clearly come from people in the intelligence world, and the motives are always suspect in such cases. But the assumption that this is some kind of conspiracy of spooks who hate Donald Trump is far fetched. Virtually every department in the government, including the president's closest White House advisers and members of his family, have been leaking like a sieve.

Despite Trump's self-serving complaints about President Obama supposedly wiretapping him and former National Security Adviser Susan Rice "unmasking" members of the Trump transition team, there is no better friend of the authoritarian police state than Donald Trump. He is the last president who would ever try to rein in any excesses -- unless they specifically applied to himself.

For instance, there is no indication that Trump's administration has suspended the Orwellian Obama-era "Insider Threat Program," which required government employees and contractors from the Peace Corps to the Pentagon to spy on their co-workers and report any "suspicious activity" to the authorities. As McClatchy reported back in 2012:

Even before a former U.S. intelligence contractor exposed the secret collection of Americans’ phone records, the Obama administration was pressing a government-wide crackdown on security threats that requires federal employees to keep closer tabs on their co-workers and exhorts managers to punish those who fail to report their suspicions. . . .

Government documents reviewed by McClatchy illustrate how some agencies are using that latitude to pursue unauthorized disclosures of any information, not just classified material. They also show how millions of federal employees and contractors must watch for “high-risk persons or behaviors” among co-workers and could face penalties, including criminal charges, for failing to report them. Leaks to the media are equated with espionage.

You can look at the FBI "brochure" on the program right on its website.

The Trump administration is taking that concept to a whole new level. The Washington Post reported on Tuesday that Secretary of the Interior Ryan Zinke told the National Petroleum Council that he believes 30 percent of the department are not "loyal to the flag." He is working hard to get rid of all the traitors and according to the Post has taken "the unusual step of sharing the names of executives who were dismissed after an inspector general report determined that they had engaged in poor behavior."

Just this week, BuzzFeed reported that the Department of Homeland Security plans to collect information about all immigrants, even naturalized citizens (and natural born Americans who interact with them) from social media and search results. This was casually announced as if it were perfectly normal for the government to do such a thing, as if social media and search results were just anodyne public records and not highly detailed portraits of individuals' most private communications. (Check out this article about one woman's Tinder records if you don't believe that.) DHS is apparently moving ahead with this program, despite the fact that a narrower pilot program initiated by the Obama administration in the wake of the San Bernardino terrorist attack pretty much concluded it was a waste of time.

It is always a good idea to be skeptical of secret government institutions and demand oversight and accountability. If the born-again civil libertarians on the right were even slightly sincere, that would be an excellent step in the right direction. Unfortunately, Donald Trump's civil liberty is their only concern. Immigrants, government employees, Muslims and anyone else Trump's administration considers "disloyal to the flag" are fair game.