In hopes of retaining control of the Senate, Republicans remain silent about Moore's abhorrent rhetoric 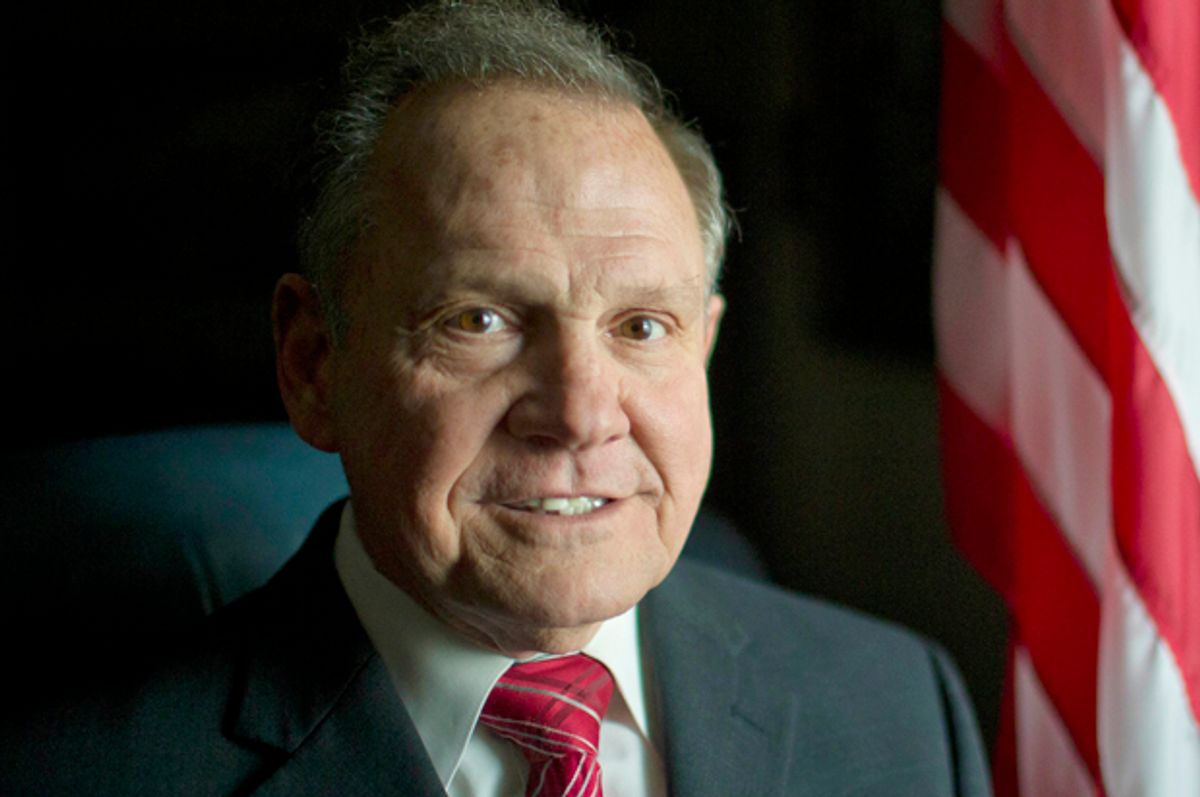 Republicans appear to want nothing to do with Alabama's special election Senate candidate, Roy Moore, who has openly called for the execution or imprisonment of gays and lesbians. Since his surprise win on Tuesday, many Republicans in the Senate have clammed up and claimed that they don't know much about him — only that they definitely want him to beat his Democratic opponent come December.

"I don't know anything about Roy Moore," Sen. Chuck Grassley, R-Iowa, told Politico of the Christian nationalist. "If I've read anything he's said, I wouldn't have any recollection of it."

As Salon has previously reported, Moore, booted from his seat on the Alabama Supreme Court after directing state officials to ignore the U.S. Supreme Court's ruling on same-sex marriage, has argued that homosexuality should be criminalized.

"He's entitled to his opinion. This is America, you can believe what you want," Sen. John Kennedy, R-La., told Politico. When asked if he believed Moore was a racist or a homophobe, Kennedy replied, "you're gonna have to talk to him about that."

"I've never met the gentleman," Sen. Johnny Isakson, R-Ga., said on Thursday. "Being from Georgia, which is next to Alabama, I've heard his name in the Alabama Supreme Court. I know what I've seen on TV and what I've read in the papers."

Isakson added, "I like to keep my comments to my own."

Congressional Republicans have attempted to distance themselves from Moore, who has been embraced by former White House chief strategist Steve Bannon. But Trump was influenced by top Republicans to support incumbent Sen. Luther Strange, who lost to Moore on Tuesday night. Trump later deleted tweets that expressed his support for Strange.

"Trump was never fully behind Strange to begin with," former Republican National Committee chairman Michael Steele said Wednesday, according to The Washington Post. "But the party coaxed and cajoled him to get on the Strange train, and he did."

Moore was a staunch supporter of Trump's birther conspiracies about Barack Obama and has been embraced by pro-Confederate activists, who held two events to commemorate Alabama's secession from the country at the headquarters of Moore's charitable foundation.

Over the summer, Sen. Jeff Flake, R-Ariz., criticized his own party for failing to stand up to Trump's birtherism conspiracy, but so far Flake and his fellow Republicans have been largely quiet regarding Moore's abhorrent rhetoric. If they even admit to knowing about Moore's past, his potential future colleagues do not appear to be willing to stand up to it.

"Yeah, I know his history," Flake said of Moore, Politico reported. "I’m obviously not enamored with his politics because that’s not the future of the Republican Party, that’s for sure."