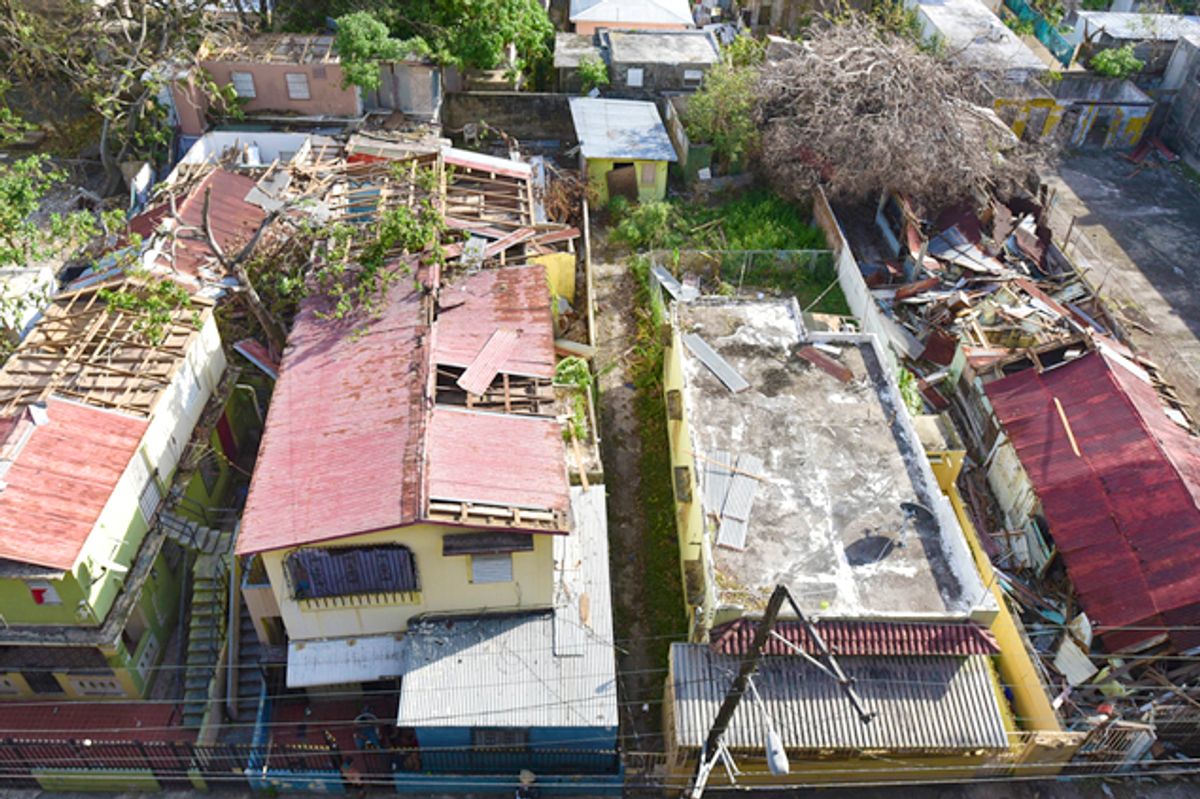 A view of El Gandul Community in Santurce after the scourge of Hurricane Maria, in San Juan, Puerto Rico, Monday, Sept. 25, 2017. The island territory of more than 3 million U.S. citizens is reeling in the devastating wake of Hurricane Maria. (AP Photo/Carlos Giusti) (AP)
--

Puerto Rico continues to suffer due to ongoing delays that impede the delivery of relief meant to aid the inhabitants of the American commonwealth.

Roughly 4,000 containers with relief supplies are at a dock in the Puerto Rican capital of San Juan, according to Bloomberg. Approximately 3,000 of those containers are at a terminal operated by Crowley Maritime Corp., but that doesn't mean these goods are reaching the people who need them.

One factor that has contributed to the problem is that there aren't workers to drive trucks through the Puerto Rican streets. Citizens are too preoccupied with cleaning up after the flood, caring for the afflicted families and making sure they abide by the curfew.

Even worse, the infrastructure damage to the island is so severe that there are many parts of the island where it simply wouldn't be safe for the 8,000-pound tractor trailers to drive.

Until recently, the situation was exacerbated by the Jones Act of 1920, which made it illegal for goods shipped between two American ports to do so unless they were on American-flagged vessels. It took President Trump until Thursday to waive those restrictions so that relief could reach Puerto Rican citizens more quickly.

As Republican consultant Rick Wilson pointed out on his Twitter feed, the lack of speed with which Trump responded to the situation has raised troubling questions about his abilities as a leader.

The waiver "is intended to ensure we have enough fuel and commodities to support lifesaving efforts, respond to the storm, and restore critical services and critical infrastructure operations in the wake of these devastating storms," said Elaine Duke, acting secretary of Homeland Security.