Fall TV: If you're picking your battles, watch "SEAL Team" 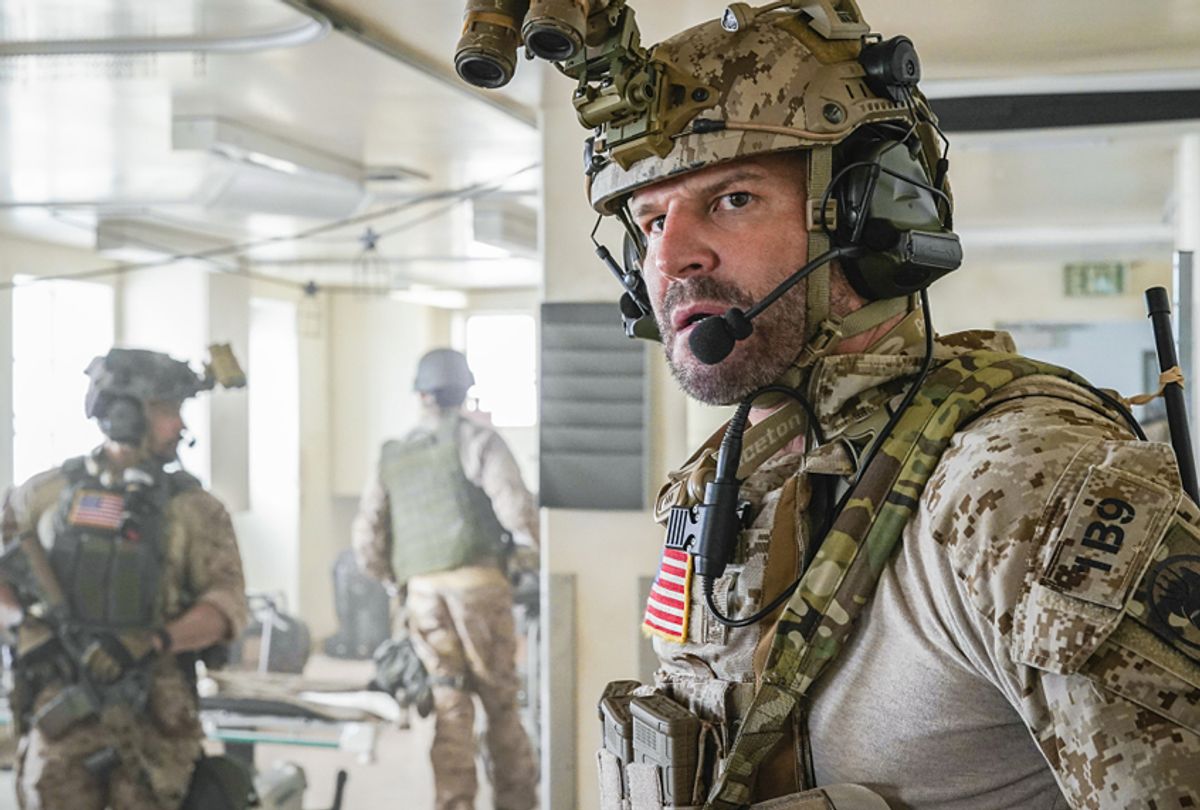 The very first impression CBS’ “SEAL Team” provides is an indication of its potential longevity: it allows David Boreanaz to act for once.

Now, “Bones” and “Angel” viewers might take offense at this observation, seeing as the guy has been a consistent presence on television for two decades, and a lead besides. Clearly he has more to offer than a look. But in “Angel,” and “Buffy the Vampire Slayer” before that, Boreanaz is a face first and a thespian second. “Bones” is a work of chemistry and simplicity that spun years out of playing its quirky personalities off one another — meaning the actor basically careened between goofiness and severity — but the cases-of-the-week drove that show.

“SEAL Team,” which airs Wednesdays at 9 p.m., emphasizes the personal from the first tight shot on Boreanaz’s face in the guise of Jason Hayes, leader of a Tier One Navy special ops outfit. The scene is a flash within Jason’s memory, showing him in open-mouthed shock in reaction to a horror that hasn’t fully registered.

This cuts directly to a mandated therapy session, in which Boreanaz reveals a slew about Jason’s psychological state while saying very little. A beat after the therapist poses a question meant to measure how well Jason is dealing with combat, the muscles around his eyes twitch ever so slightly, although his lips remain set in a faint but obstinate grin.

“SEAL Team” capitalizes on the intensity of its lead, and Boreanaz quickly establishes his character as a man who doesn’t leave room for error in his mission and doesn’t forgive himself easily in his personal life.

At work, Jason is a flame of focus, albeit with a faint undercurrent of anger coloring his every move. That’s where his head lives, and at home he struggles to connect with his family. Maybe he’ll crack at some point. “SEAL Team” makes a person care enough to hope that he doesn’t, inspiring them to watch in case he does.

Three military series make their debuts this fall, and “SEAL Team” is the only one that doesn’t consciously overcompensate with stylistic swagger. NBC rolled out “The Brave” on Monday to terrible numbers, and believe me when I tell you that nobody was overlooking a hidden gem.

The CW will debut “Valor” in a week and a half, and while it may not be the worst show anybody will see this fall, it’s also a peculiar choice for a network whose most notable success last season was “Riverdale,” a primetime soap that gives the “Archie” comic book universe a “Gossip Girl” makeover.

Out of these three series, flakes in an avalanche of new TV, “SEAL Team” is worth calling out because it’s the kind of series that looks like it could be around for a while, and because it’s an absorbing view of the bifurcated existence of military couples and the wear and tear of combat stress.

History also examines this with its SEAL drama “Six,” but “SEAL Team” has a more agile feel that fits well with the rest of CBS’ line-up, even as the network shows signs of beginning to shift away from its reliance on pure procedurals.

Within each of the two episodes made available for review are separate missions depicted, to the producers’ credit, with minimal dramatic bombast. The emphasis here is on the silent precision and the split-second decisions these men have to make during their missions, the effect of which holds the viewer on a tense edge while witnessing their operations.

But the taxing nature of their jobs shows up with more extremity at the office (aka their military base) and at home. The wall between Jason and his estranged wife Alana (Michaela McManus) is made of aching memories of mission details he’s forbidden to discuss, and some of the pilot’s most moving moments contrast Jason’s harrowing encounters in the field with the calm of home life. We witness the source of the thoughts eating away at Jason, but Alana and kids only see his clouded smile as he attends his daughter’s choir performance or his son’s First Communion.

“SEAL Team” showrunners Benjamin Cavell and Ed Redlich have said they don’t view the series as jingoism but, I mean, look at it. The first episode has a mission in which the objective is to save a blonde American aid worker, which of course they do and — bonus round — take out a high-value intelligence target (not blonde), besides.

At the same time, the writers also pose thoughtful questions about foreign policy through their characters that allow the operators to weigh their own value of humanity over strategy. The men in the field are trained to observe the difference between enemy and friend, and value the civilians they move amongst.

But in one anxious moment the team’s battle-hardened Sonny Quinn (AJ Buckley) rightly asks whether it makes sense to save imperiled people if the only next step available to them is existing in a refugee camps’ squalid conditions. “You know we got a lot of wolves in this world,” he tells Jason. “And the sheepdog that’s got his hands full trying to keep his own flock safe has got no vigilance left for anyone else.”

That sounds suspiciously like an “America First” statement — one that Jason quickly refutes.

“SEAL Team” abides by the CBS formula of featuring a central lead and surrounding him with supporting characters who augment his magnetism. The difference with this drama is that the cast behind Boreanaz includes a cadre of actors who bring their own reputation and evident talents to the story. In addition to Buckley, Neil Brown Jr., a stand-out player of HBO’s “Insecure,” is magnetic as Jason’s trusted right-hand Ray Perry, and “Mad Men” star Jessica Paré shows a more stoic side as a CIA analyst. Max Thieriot, recently of “Bates Motel,” is afforded a major subplot as Clay Spenser, a junior operator struggling to earn his slot on a team whose leader resents his cockiness.

Boreanaz holds the center, a significant task in a series that doesn’t leave a lot of room to write around the shortcomings of individual actors, let alone its lead. He’s great in a series that fulfills its mission to keep us interested and makes us want to see where it's leading. In a fall TV season as disappointing at this, that’s no small vote of confidence.